Eighteen months after the first wave of the COVID-19 pandemic struck, Bollywood's biggest releases -- which had since been pushed ahead -- are ready to open in theatres.

Yes, there were some feeble attempts to bring back things to normal, like Akshay Kumar's Bell Bottom,, but that film's business suffered as theatres in Maharashtra had not opened at the time of its release.

The festive season has begun, and audiences are in the mood for some good entertainment that will be worth their time and money.

Joginder Tuteja lists November's theatre releases so that you can plan your weekends well. Sooryavanshi will finally release after 18 months!

The trailer was the last big release before the pandemic struck last year, pushing the film back indefinitely.

Director Rohit Shetty did not get tempted by an OTT release, and waited for a theatrical release.

All eyes are now on his cop universe with Akshay Kumar and Katrina Kaif, with Singham's Ajay Devgn and Simmba's Ranveer Singh joining in as well. 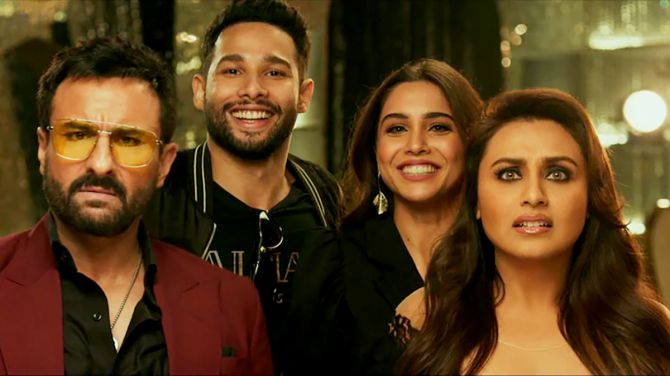 Bunty Aur Babli was a hit when it released in 2005.

Now, Yash Raj Films is ready with its sequel. Saif Ali Khan takes over from Abhishek Bachchan, while Rani Mukerji stays on.

Sidhant Chaturvedi and Sharvari join the cast to reportedly outsmart the veteran cons from business.

Pankaj Tripathi steps in as the cop this time, a character Amitabh Bachchan played in the original. Another sequel up for release is Satyameva Jayate 2.

The film has been made entirely during the pandemic and one has to credit the production team (Emmay Entertainment) for lending it scale.

When Satyameva Jayate had released in 2018, it had taken a record opening for John Abraham.

Now, Director Milap Zaveri goes ahead and cast the actor in a triple role!

With in-your-face kind of action and entertainment that we've seen in films from the 1980s and '90s, Satyameva Jayate 2 may be a unique experience for the current generation. Another massy action entertainer, Antim: The Final Truth has Salman Khan stepping in as a cop once again.

This time, he plays a Sikh cop, who is out to nab a local goon, Aayush Sharma.

In the part of an anti-hero, Aayush is going through a complete makeover as compared to his loverboy debut in Loveyatri.

Interestingly, Salman has a full-fledged role here, contrary to rumours where he was thought to be in a cameo.

Antim has been directed by Mahesh Manjrekar. 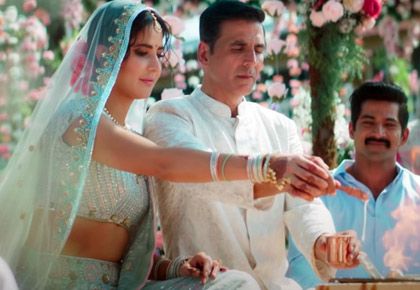