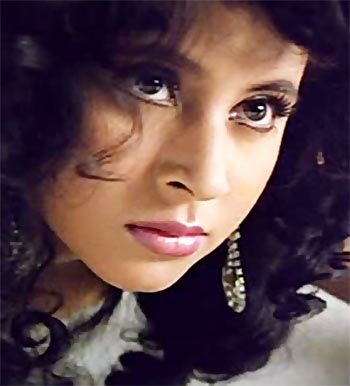 25 years on, we see how these actors have fared.

The year Sanjay Dutt hit big league with blockbusters like Sadak and Saajan.

The year Amitabh Bachchan’s lippy request to Jumma in Hum caught the fancy of the entire nation.

The year Anil Kapoor raised eyebrows by falling for both a mother and her daughter in Lamhe.

And the year more than a dozen newcomers made their debut on silver screen.

On the 25th anniversary of these events, we look back at the class of 1991 and how they’ve fared since. 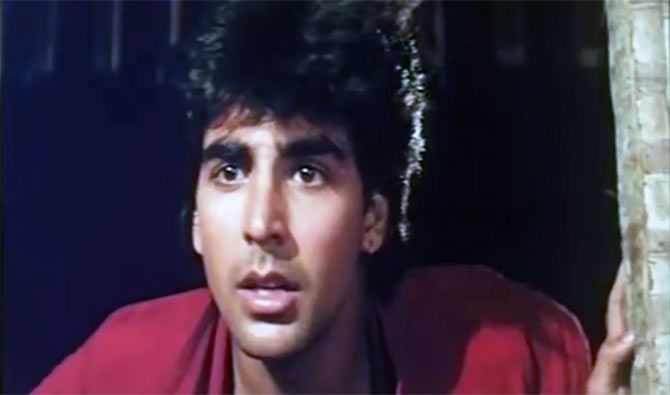 From doing menial jobs in a Bangkok restaurant to Bollywood A-lister, Akshay Kumar’s success story has ‘inspiring’ written all over it. When he first appeared onscreen in the forgettable Saugandh, he was instantly dismissed as wooden.

Nonetheless, his good looks and karate expertise fetched him work in B-grade fare until he scored a hit in Khiladi. Fortune and the title stuck to him for good.

Over the years and several money-spinners, AK has created a fan base outside the action genre through fizzy comedies and hard-hitting drama as well as broadened his horizons as producer. When the blue-eyed Karisma made her entry in movies, it was a big deal because of the Kapoor surname.

Still the teenager ignored the criticism following her at every single step, everything from her choice of debut in Prem Qaidi to bushy eyebrows to swimsuit spectacle became the butt of ridicule, and stayed focused on her work.

Despite her incredible success ratio and superhit pairing with Govinda, it wasn’t until her reinvention in Raja Hindustani that Karisma would be recognized as the chip of the old block.

In 2003, she retired from films to marry Delhi-based businessman Sanjay Kapoor and raise two kids, Samaira and Kiaan Raj.

A failed comeback (Dangerous Ishhq) and impending divorce later, Karisma continues to be in public eye for her various endorsements.

One of the most stunning faces to hit the screen in the 1990s, Raveena Tandon won over the audience with her natural style and masti. The hoop earrings she wore in her first film Patthar Ke Phool became hugely popular.

Too bad the movie flopped despite the presence of Maine Pyar Kiya heartthrob Salman Khan, as did most of her subsequent movies branding her a jinx.

Breakthrough came in the form of hits like Dilwale and Mohra. The mast mast girl never looked back even if it was her romance with co-star Akshay Kumar that got more attention.

After they broke up, Raveena got her act together in the trendsetting item song appearance, Shaher Ki Ladki.

The actress graduated to serious roles in films like Satta and Daman, the latter even fetching her the coveted National Award before tying the knot to distributor Anil Thadani in a fairy tale ceremony.

When not dabbling in television as jury or chat host, the hands-on mommy is not averse to doing a movie role provided they’re a little more lengthier than her blink-and-miss appearance in Bombay Velvet. 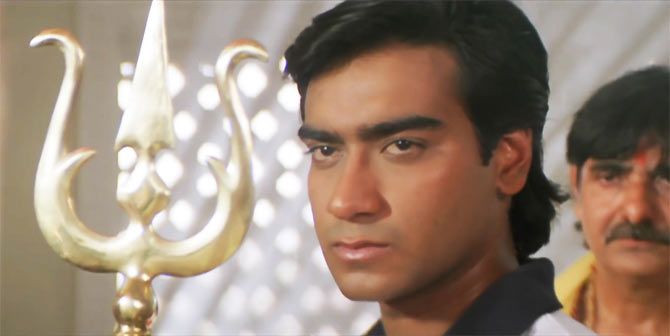 One look at his daredevil introduction in Phool Aur Kaante, balancing his feet above two racing bikes, was solid enough indication of things to come.

Action director Veeru Devgan’s son, Vishal -- rechristened as Ajay -- made a mark in dangerous stunts but his intensity underscored his histrionic capabilities time and again.

Not to mention a flurry of hit Rohit Shetty comedies representing Devgn’s lighter side.

Right now we are most keen to see his ambitious second attempt at direction: Shivaay.

Subhash Ghai’s discovery Manisha Koirala made everyone sit up and take notice of her exquisite beauty and delicate screen presence in Saudagar, a film devoted to Dilip Kumar and Raaj Kumar’s dramatic conflict.

While her colleagues looked content doing ornamental parts, the Nepali beauty’s fame spread with every author-backed role she signed up for -- 1942: A Love Story, Khamoshi, Bombay, Dil Se... and Agnisakshi.

A failed marriage to Nepali businessman Samrat Dahal and battle with cancer didn’t break this survivor who continues to inspire through her humanitarian work and grace.

The 45-year-old is currently working on a movie called Dear Maya.

An early starter, Urmila Matondkar endeared as the little darling in Kalyug and Masoom. Her child actor innings extended to her teen years in bits and parts before making an adult debut as a full-fledged heroine in N Chandra’s Narsimha.

Of course, it was her sizzling makeover in Ram Gopal Varma’s Rangeela that did the trick and inspired scores of wannabe starlets to follow suit.

Urmila’s glamorous run continued for a while even as she explored her potential in darker, grittier roles. The actress recently tied the knot to model-cum-businessman Mohsin Akhtar Mir.

At a time when being unapologetic about one’s sex appeal was unheard of, Pooja Bedi’s bindaas attitude shocked most.

Also, unlike most other star betis, things did not exactly fall in actor Kabir Bedi’s daughter’s lap. Instead, she made a shoddy debut in the sleazy Vishkanya.

Nothing really concrete came her way even after a decent turn as the gold-digging campus hottie of Aamir Khan starrer, Jo Jeeta Wohi Sikander.

Bedi’s candour and charisma found its true calling as a chat show host and columnist.

They may not have famous surnames or made it as big as the ones mentioned before but the class of 1991 wouldn’t be complete without their mention. 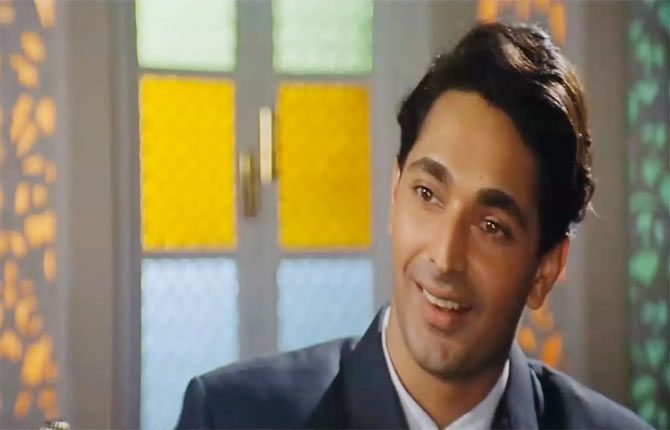 Model-turned-actor Deepak Malhotra could never recover from the Pallo jokes and moved to USA with the new name Dino Martelli. Ayesha Jhulka showed promise in Khiladi and Jo Jeeta Wohi Sikandar before retiring from movies to marry and run a spa salon. 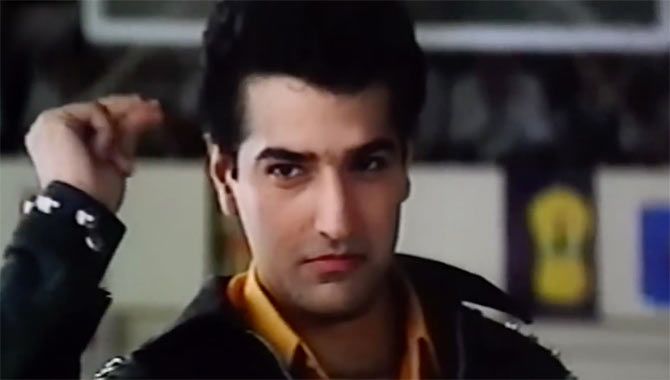 Television is where Ravi Bahl found reasons to Boogie Woogie when efforts as leading man didn’t work out. 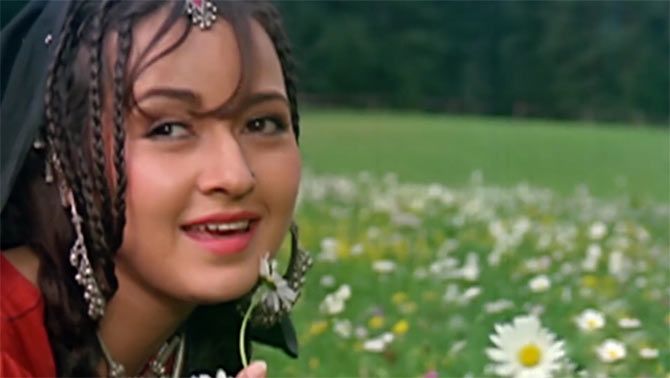 Though launched by the prestigious RK banner in Heena, Pakistani actress Zeba failed to create ripples in Bollywood and went back to her country where she fared much better on both the big and small screen. While most of them were rank newcomers at the time of their debut, others like Ashwini Bhave and Revathy had done a fair share of Marathi and Malayalam (and Tamil) cinema respectively before they entering Bollywood.

Bhave settled down in San Francisco post-marriage but visits India annually to act in a Marathi film whereas Revathy has graduated to directing films or playing character roles.