News
Business
Movies
Sports
Cricket
Get Ahead
Money Tips
Shopping
Sign in  |  Create a Rediffmail account
Rediff.com  » Movies » CID to be made into a movie

CID to be made into a movie 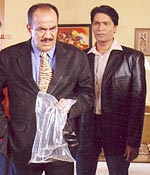 The longest running television show on Sony Entertainment Television, CID, will now be made into a feature film.

The show is about a team of detectives working for Mumbai's Crime Investigation Department, and has five main characters: ACP Pradyuman (Shivaji Satam), Senior Inpsector Daya (Daya Shetty), Abhijeet (Aditya Srivastav), Inspector Fredricks (Dinesh Phadnis) and Dr Salunkhe (Narendra Gupta). They will be a part of the film.

"It's an achievement of having the show on air for 13 long years," says producer B P Singh. "We are happy to take this to the

next big plan. The film is still in the stage of writing and pre-production but we aim to release it by the end of this year.

"We plan to do it on a bigger scale," he adds. "We want to make the movie commercially viable and are planning to rope in a big face to play the villain. The film will have lots of action, three-four songs and dance."

Daya is currently competing in the dance-based reality show, Jhalak Dikhhla Jaa 4, which is apparently a training session for him. So will he dance in the film? "We will picturise the songs according to their personalities," Singh adds.

Are you looking forward to watching CID on the big screen? 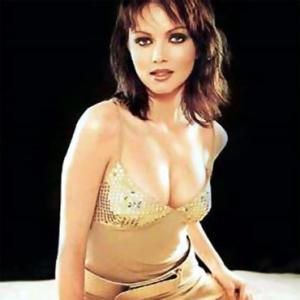