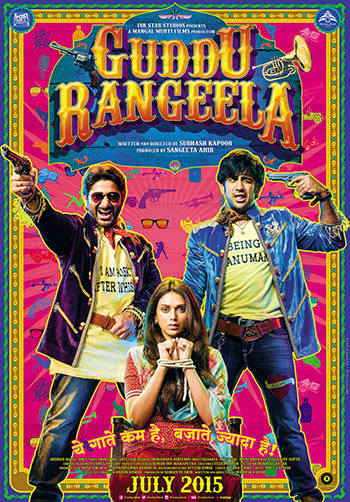 Think the actor-director duo will replicate the success of their last project?

The film's team -- Subhash Kapoor, Arshad, Amit Sadh and Aditi Rao Hydari -- will answer this question and many more!

Join the Guddu Rangeela team as they connect with Rediff readers at 2.30 pm on July 1, only on ZaraBol.