Chak De! India: Salman was to play the Coach!

Did you know Chak De! India completed 14 years on August 10? Salman Khan was the original choice for the coach's role.

There are many theories as to why Salman opted out.

One theory goes that he asked Producer Aditya Chopra for too much money and they never worked together until Ek Tha Tiger when Salman got exactly the amount he wanted.

Another theory is that Salman wanted some changes in the script which Director Shimit Amin refused.

Shah Rukh Khan stepped in and the rest was history.

"Shah Rukh had played hockey and his passion for the game remained," Shimit says.

"During Asoka, I worked in his company, doing promos. He knew what I am all about. As for his image, people consider Shah Rukh's performance in Swades among his best, and that was different. We never thought of his image or anything else." Chak De was a slow starter and opened to a lukewarm response. It picked up over the weekend and became the second biggest hit of 2007 after Om Shanti Om.

The 12 girls in Shah Rukh’s hockey team became stars in their own right.

"It was very difficult to cast," Shimit says.

"We had to find girls who could play hockey and speak lines that were quite complicated. We had to go to different parts of the country and find women who could play sports. We looked for girls who were firstly athletic, and then see if they could hold the hockey stick." Why did Shimit make a film on a girls' hockey team? In the course of making the film, Amin discovered how poorly hockey is treated in the country.

"When I'd go out on Sunday mornings searching for female athletes, every single green patch that I passed had boys playing cricket. No hockey anywhere -- forget female hockey players. I couldn't even see a female cricketer anywhere. If I had to make a cricket movie, my life would be so much easier but we loved the script so much, we wanted to be as true to it as possible." 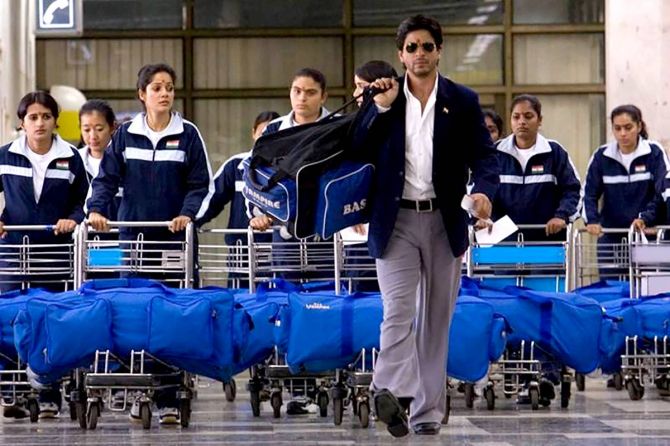 After months of search, semi-athletic women were chosen.

They had to choose semi-actors and train them to play hockey and act. For three months, the cast and crew would wake up at 4.30 am and they'd play hockey for five hours. Then, they would undergo physiotherapy.

"It was nerve-wracking," Shimit says, looking back.

"We didn't know if it'd work. But all the actors, hockey players and actors-players helped one another. They became one community. The cast never felt it was acting. Finally, they looked convincing as a team." After Chak De, Shimit directed Ranbir Kapoor in Rocket Singh Salesman of the Year in 2009. Nothing was heard of the director since, except in connection with Mira Nair who considers Shimit a dear friend as well as a talent to reckon with.

Eleven years after Rocket Singh Salesman Of The Year, Shimit was back at direction, albeit for just one episode of Mira Nair's Web series A Suitable Boy. 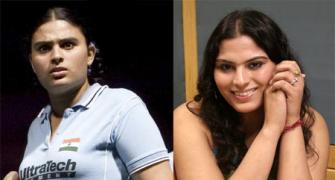 Five years later, here's where the Chak De girls are
SRK and the M word 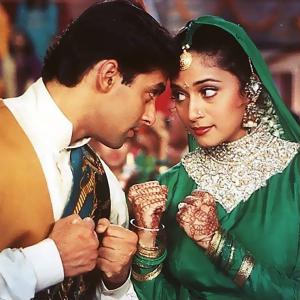