The Year's Most Valuable Celebrity Faces

If America is falling into the recession economists fear it is, Angelina Jolie may prove more important than ever.

To the country's celebrity magazine editors, that is. Shrinking wallets could mean shrinking readership, and nobody moves magazines like Jolie, according to Forbes.com's second annual analysis of the top-selling celebrity faces.

"The idea of spending $3.99 on a magazine when you don't know what your economic future is is very, very difficult," says Star magazine Editor-in-Chief Candace Trunzo. "It makes it that much more important for us to present a cover that is so appealing that they can't help but buy it."

For the newsstand-dependent celebrity weeklies, compelling covers are absolutely crucial, making editors' choices of cover stars more important than ever. How these magazines fare in the face of economic hardship remains to be seen, since none of them, with the exception of People, were around in their current forms during the last big downturn in the early 1990s.

So expect to see a lot more of Jolie. We analyzed the newsstand sales for the six biggest celebrity weeklies-- People, Star, US Weekly, In Touch Weekly, Life & Style and OK!--over a year-long period ending June 30, eliminating non-celebrity and "collage" covers as well as one-off cover subjects and special issues with exceptionally large rate bases. 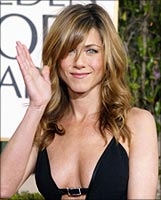 We then counted how many more--or fewer--issues the celebrity's cover sold as compared to the magazine's average newsstand sales per issue. We also factored in the number of full covers a celebrity individually graced as well as his or her appeal, a measure provided by Los Angeles-based market research firm E-Poll Market Research. Stars were left off the list in rare cases when "likability" data wasn't available.

Jolie earned the top spot, thanks to strong performances in all three categories. Whether it's her humanitarian efforts or her ever-expanding brood, the globe-trotting A-lister has little trouble garnering interest at the checkout line.

Jennifer Aniston also proved highly appealing, this time landing second on our list (she was No. 1 last year). Thanks to her ever-tumultuous love life, the former Friends star appeared on eight covers all by herself, and many of them flew off shelves.

Heath Ledger, whose life was cut tragically short earlier this year. In his case, it was his mysterious and all-too-early death that made him front-cover news--something he hadn't been prior to his passing. Traditionally, male covers sell far fewer copies than female ones with the typically female reader base (both Brad Pitt and Matthew McConaughey failed to make the top 10, though another tragic cover subject, Owen Wilson, did). But the idea of a talent like Ledger dying so young left readers grasping for clues--and buying magazines in search of them.

Sound frivolous? It may seem so, but it's also big business, with the six weeklies accounting for hundreds of millions of dollars in annual revenue for the magazine industry. Taken together, newsstand sales account for 53% of the 9.4 million copies sold weekly by the sextet. Of them, only People counts on subscriptions for more than half its weekly sales. For two of the titles-- Life & Style Weekly and In Touch--newsstand accounts for more than 95% of sales, making them particularly vulnerable to bad cover choices. 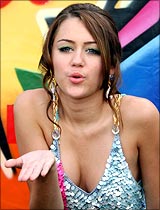 "You have basically five seconds, maybe less, to grab a reader at the newsstand," says In Touch Editor Michelle Lee. "So they either have to love that star or they have to be fascinated by their story that week."

If it were just about frequency, Britney Spears would have topped our list. In fact, she landed more than 30 covers this year, but proved a bust with readers, ranking dead last in both our likability and cover sales categories.

People Managing Editor Larry Hackett says Spears is a case of editors going to the well too often without much new to say. "The way people are covered these days, even if you were Cleopatra, people would get tired of you," he says. "You just can't be covered 24/7 and remain that interesting."

"Here is a teenager who's quickly becoming a multi-millionaire, if not a billionaire," says Lee. "It's pretty hard to relate to that."