Keeping up with her fuss-free yet refreshingly put-together turn at the ongoing Cannes Film Festival, Katrina Kaif made her second appearance at the event in a gorgeous Elie Saab number. 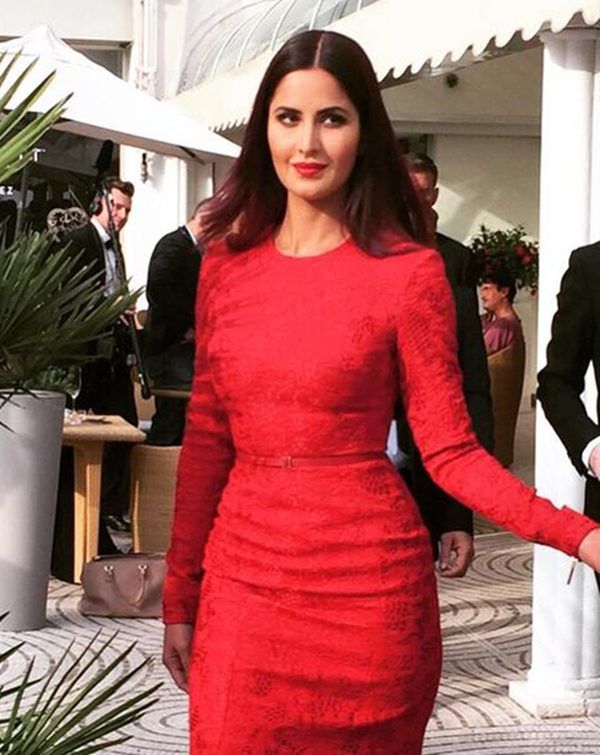 The actress made her way to the premiere of Mad Max: Fury Road on day two of the Cannes Film Festival dressed in red, quite literally, from head to toe.

Also, what would it take to convince Katrina and her stylist that a fun updo once in a while doesn't really hurt anyone? 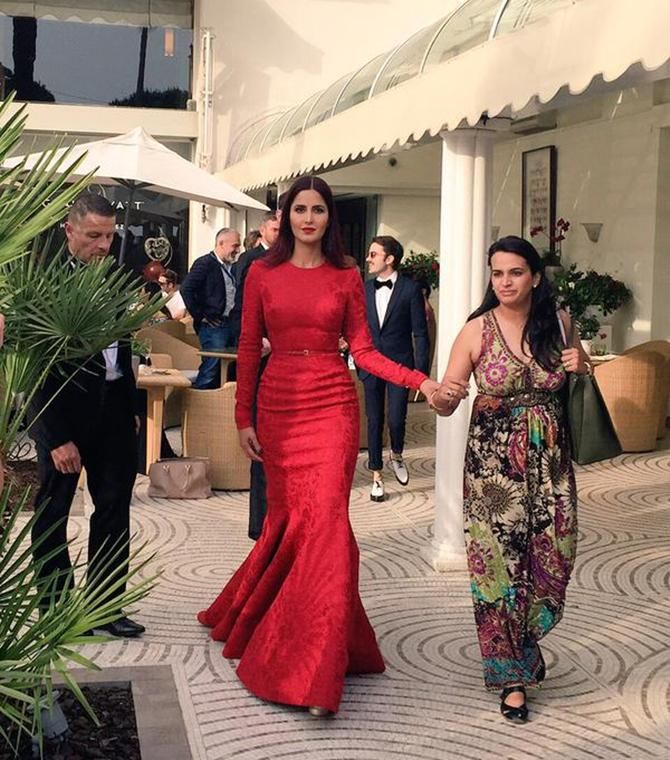 Cinched at the waist with a narrow red belt, the gown looked exquisite on Katrina.

Hollywood actress Naomi Watts, who's at the fest too as another L'Oreal brand ambassador, created quite the buzz with her dreamy Elie Saab gown on the red carpet. Red hair, red lips, red belt and a red gown on a red carpet -- this is one red overkill we aren't complaining about.

Wonder if she wore red shoes too?

Scroll down to find out! The first Indian star to make a Cannes appearance this year, Katrina is reportedly set to fly back to Mumbai on Friday while Sonam Kapoor takes over brand ambassador duties.

Aishwarya Rai Bachchan, who will be at the fest for the 15th year, left for the French Riviera recently and will be making an appearance over the weekend. The Fitoor actress towers over film critic and Cannes regular Anupama Chopra before an interview as the duo strike a goofy pose.

The BIG reveal is further down so don't stop scrolling! Just how calm and composed does Kat look as she makes her way to the red carpet.

Imagine the madness it must've taken to put that look together! 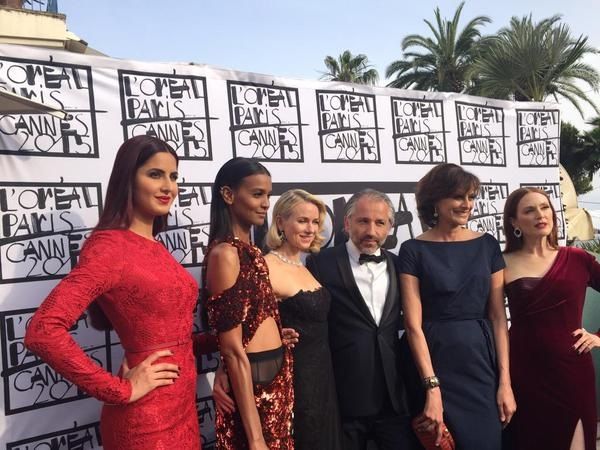 Aaand here come the heels that Katrina wore with the red gown! 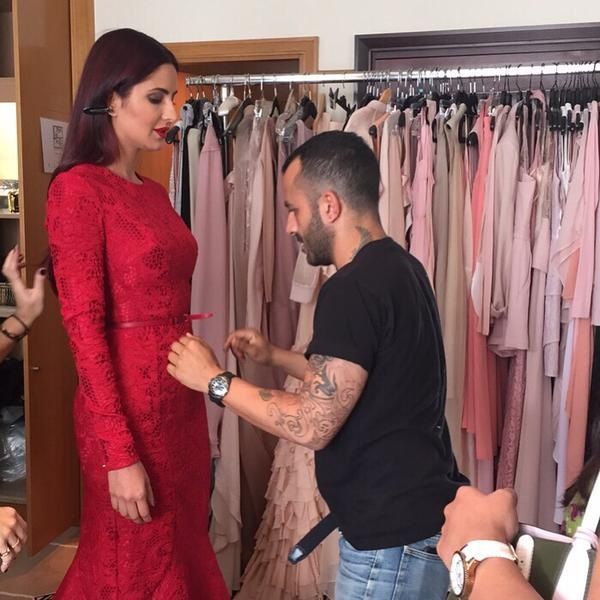 The 31-year-old actress being prepped for the Croisette, styled by Michael Angel. 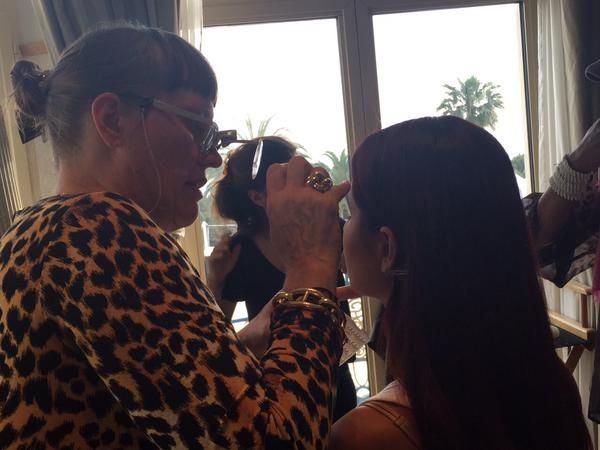 And here's Kat getting her makeup in place ahead of the ceremony.