Cast and crew were present at a photo call after Sir had its first screening at Cannes. 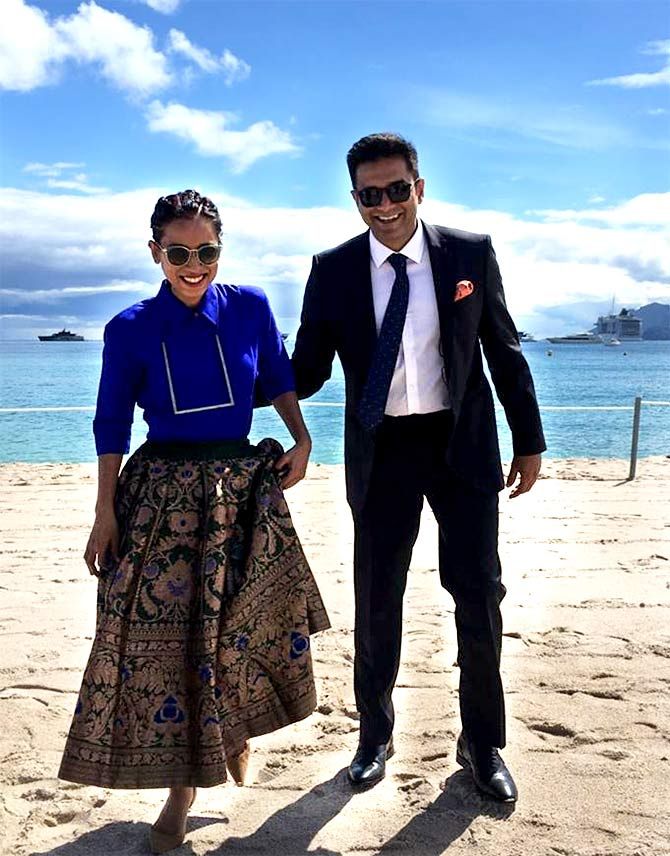 Tillotama Shome and Vivek Gomber at the photo call. Tillotama was styled by Ekta Rajani. 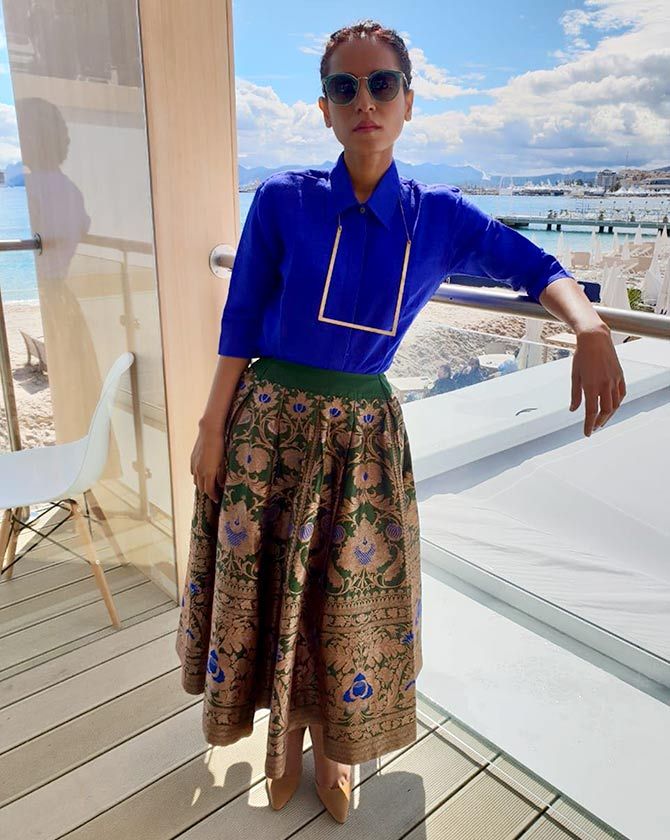 She wore a Payal Khandwala skirt and blouse and jewellery from Tachi. 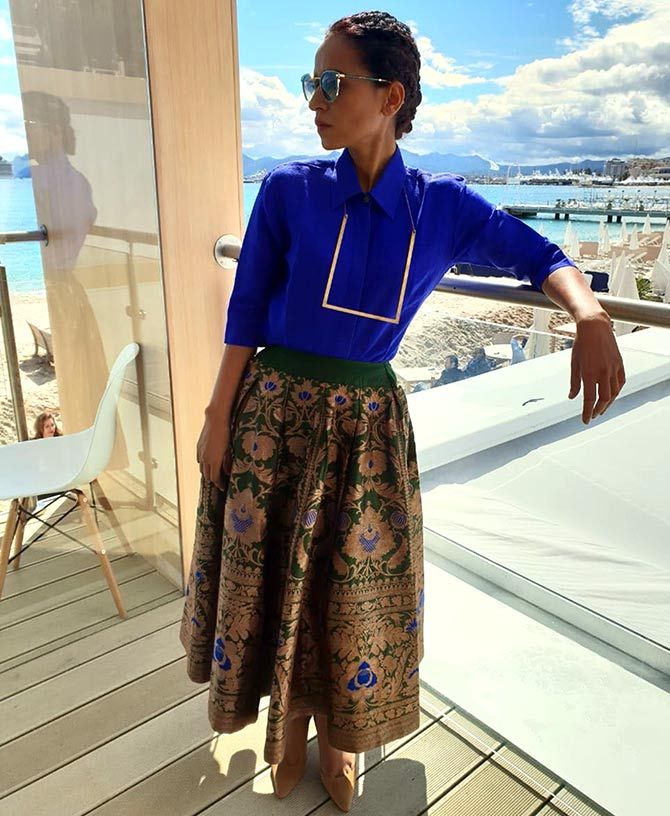 Tillotama poses for the cameras. Tillotama with Director Rohena Gera and Vivek at the screening. 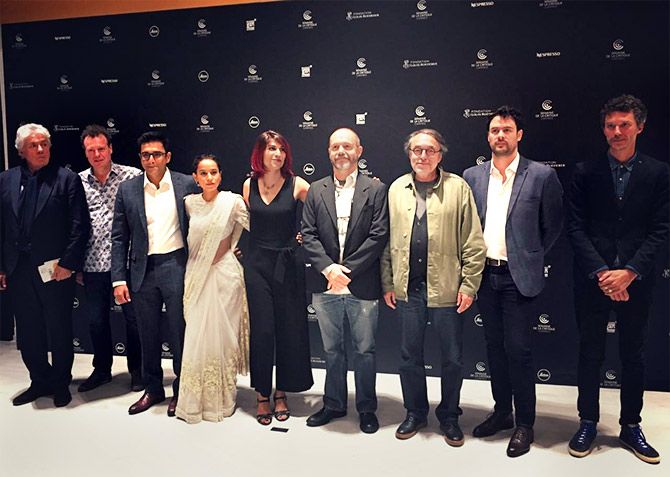