In a first for a Cannes red carpet appearance, Aishwarya Rai Bachchan showed some leg in a dramatic Ralph and Russo gown as she attended the Youth premiere at the ongoing French Film Festival. 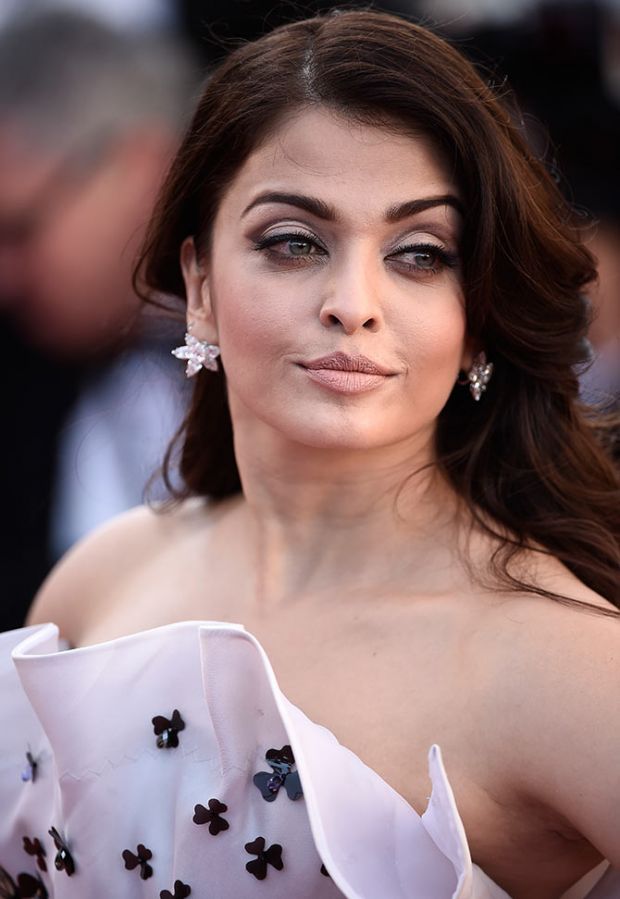 A bit of a duck face to go with that gloriously eye-catching gown?

We can't see why not! While props to Ash for keeping the makeup to a minimum, wish she had opted for an updo instead of letting her hair down in predictable soft waves. 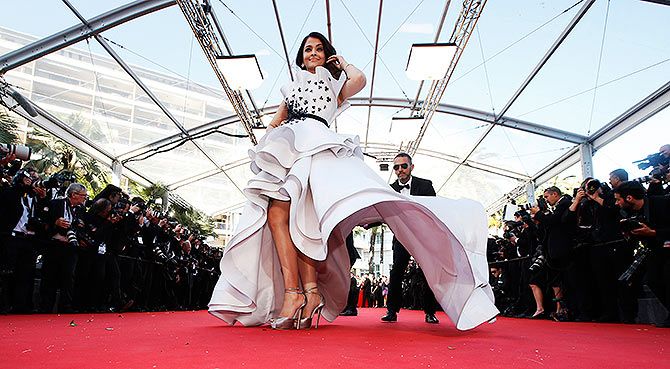 Look at her strut her stuff like a pro on the red carpet!

Can you tell this stunner is 41 already? 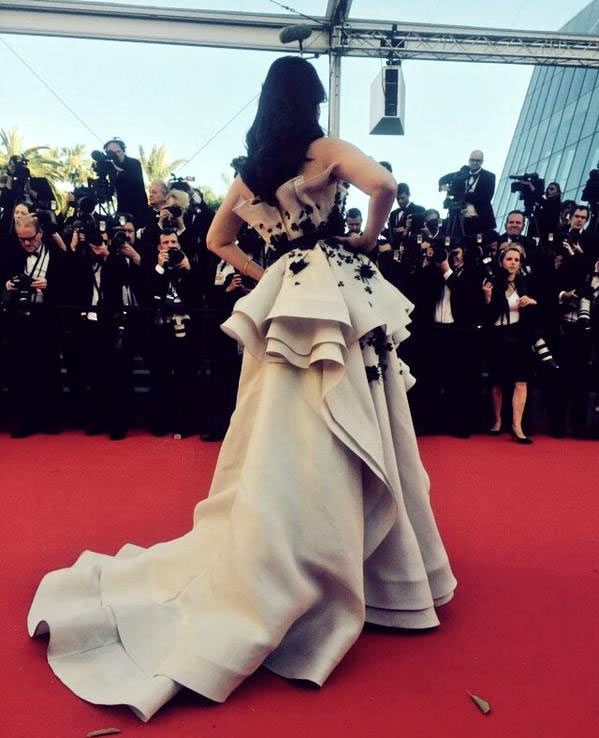 Not even so much as an angle to find faults with this one! 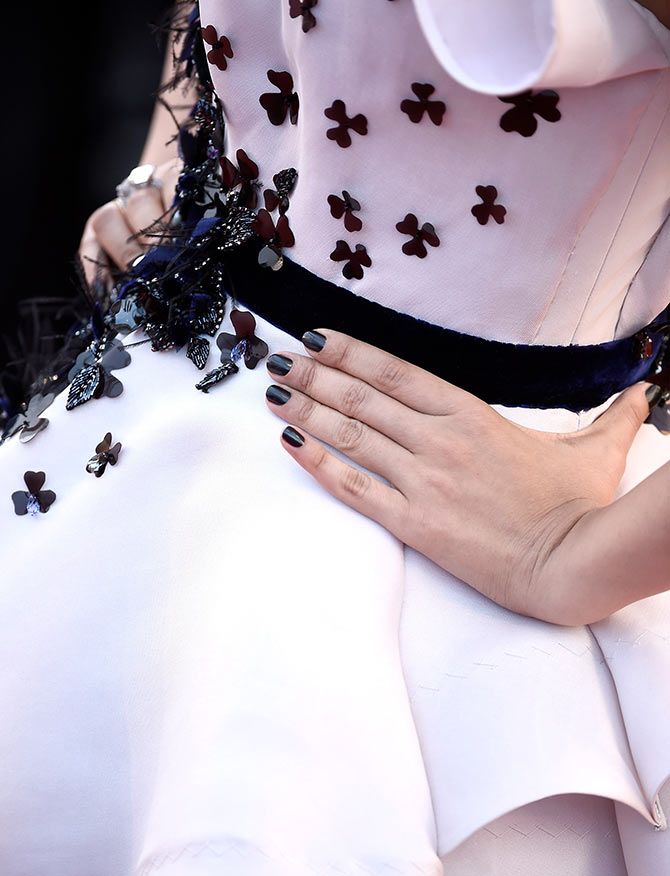 The actress-model teamed her monochrome gown with dark nail paint and kept the accessories to a minimum. 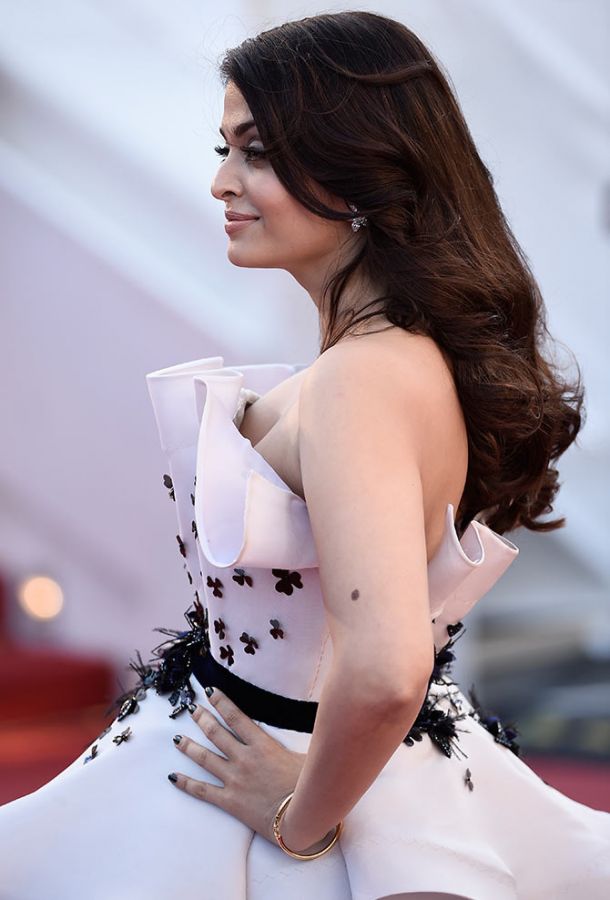 Look at her work those excessive ruffles like it's nobody's business. 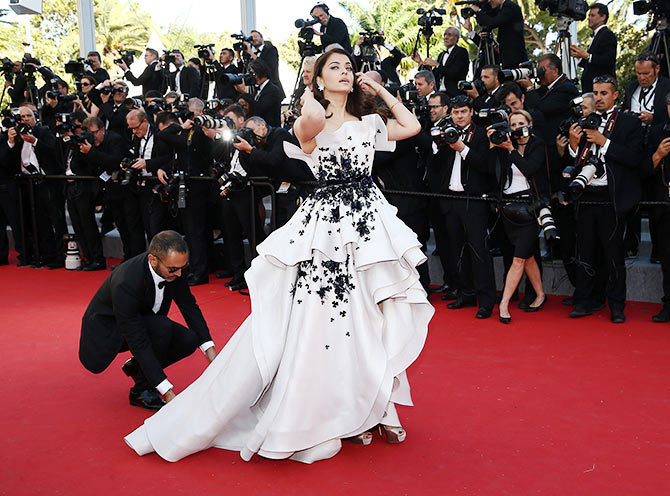 Ash gets some help from a fest crew member to fix her extravagant outfit. 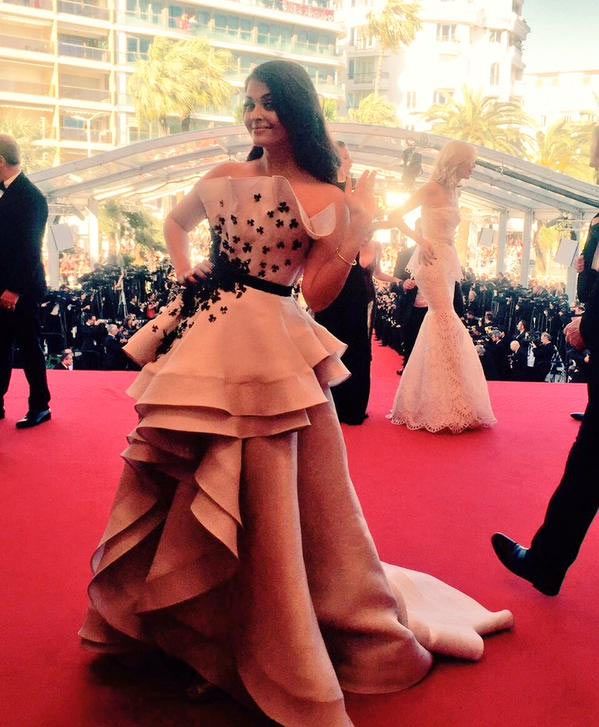