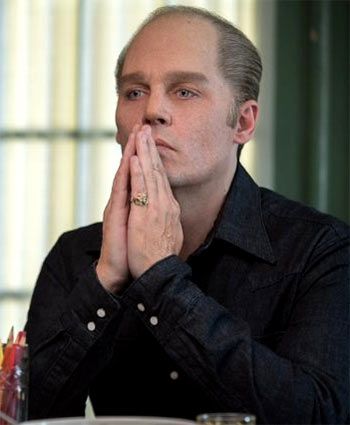 It took us a couple of seconds to believe the actor playing Whitey Bulger in the upcoming Black Mass -- an old man with a receding hairline and eerily light eyes -- was Johnny Depp.

Here, in no particular order, are 10 memorable recent transformations where actors show such commitment to the craft that Robert De Niro, who owns this category for his bulked up look in Raging Bull, would be proud. 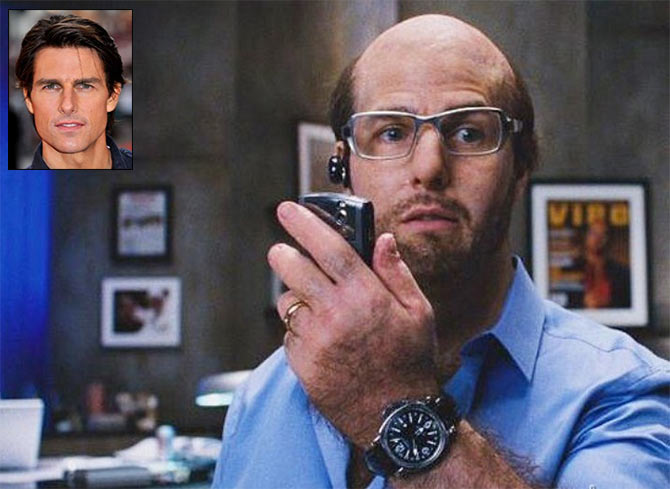 Tom Cruise, eternally condemned to life as one of the best looking leading men, threw away all vanity for this zany role as Lev Grossman in Ben Stiller's Tropic Thunder.

Fat and bald and obnoxious beyond belief, Cruise shocked audiences most of whom genuinely had no idea it was Cruise till they saw the end-credits. 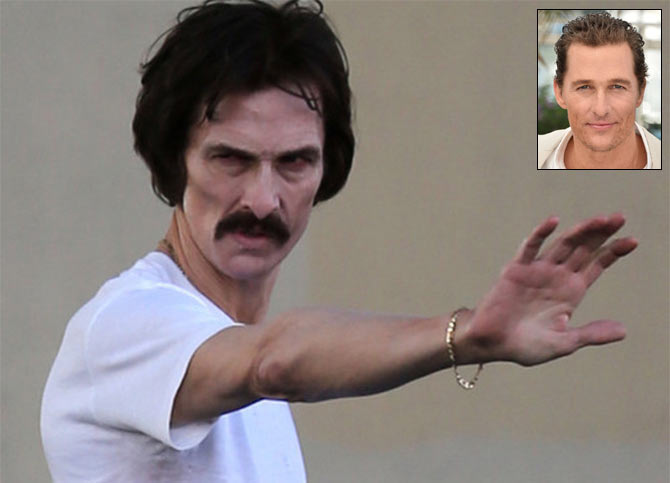 For his Oscar-winning role as AIDS patient Ron Woodruff, the normally wiry McConaughey lost 40 pounds to reduce himself to skin and bone.

Apparently, the actor took advice about losing weight quickly from Tom Hanks -- who had himself lost 25 pounds for Castaway -- but what he ended up doing was both uncomplicated and devastating: he starved himself. 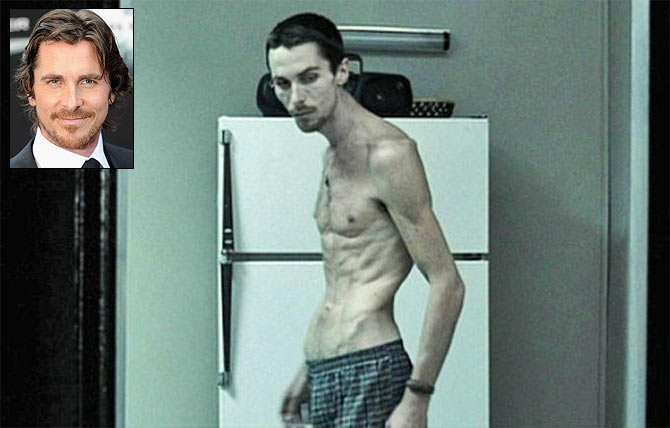 Bale is an absolute chameleon, and he looks different in everything from The Dark Knight to American Psycho to The Fighter. But the peak of his physical transformations came with The Machinist, where he -- following a hardcore "coffee and apples" only diet -- lost 55-60 pounds to turn himself into a skeleton.

He then followed this up by gaining a hundred pounds (!) of sheer muscle to bulk up for Batman Begins, but that's a whole other story.

Rooney Mara, The Girl With The Dragon Tattoo 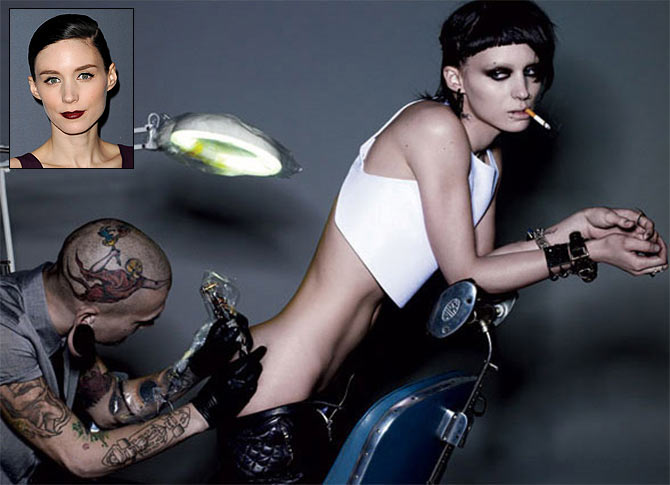 That pretty girl who wouldn't answer Mark Zuckerberg's friend request in The Social Network went fully dark for David Fincher's film where her Lisbeth Salander was a dark-haired empress of the night with bleached eyebrows, and multiple piercings, from ears to brow to nipple.

It was a fantastic, frightening look, and made sure we can't ever look at Mara the same way again. 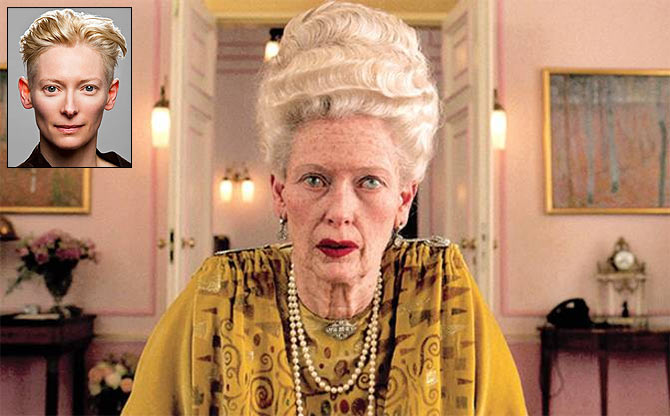 Layers and layers of rubber went on the striking Tilda Swinton, 54, to age her three decades and turn her into the 84-year-old Madame Céline Villeneuve Desgoffe und Taxis, who looked better with the coroner's cream on than she did alive and decrepit.

This, again, came as a shock to most people who just assumed Wes Anderson found some mysterious old lady.

But then things are never exactly as they seem in Wes-land. 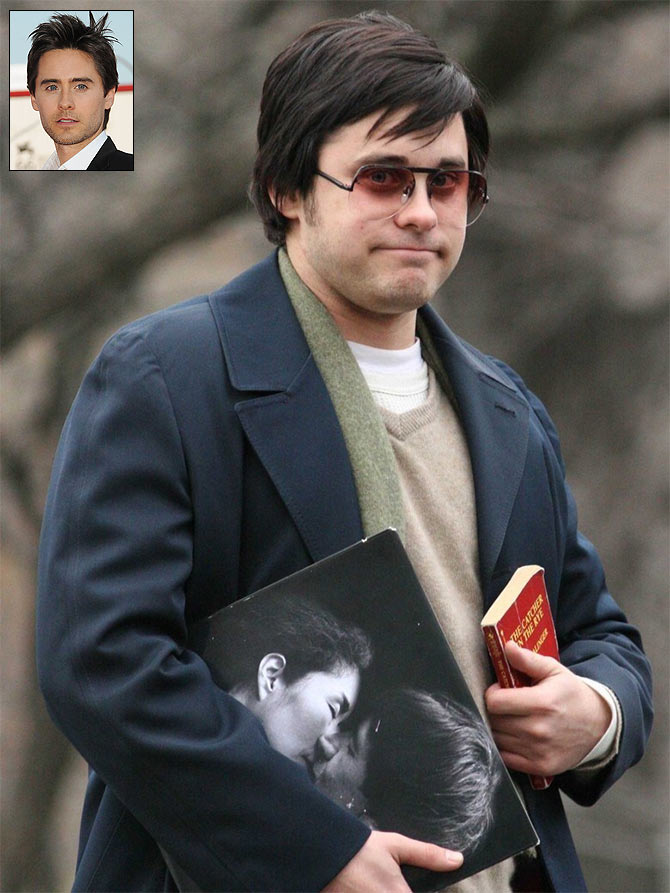 Jared Leto lost weight just like McConaughey did in Dallas Buyer's Club -- and sported lipstick, flimsy dresses and heels in the film -- but his most remarkable physical transformation came with Chapter 27, a film where he played John Lennon's demented murderer, Mark David Chapman.

It isn't a great film, but Leto -- who gained 67 pounds 'by eating ice-cream mixed with soy-sauce and olive oil every night- -- must be praised for his commitment to the part. 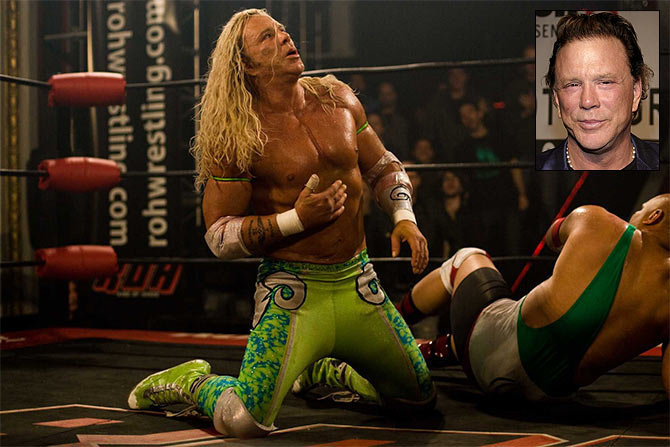 Rourke has always been a big guy, but it takes more than bulk to be able to convincingly play a wrestler -- even one slipping out of his prime -- and Rourke beefed on the muscle for Darren Aronofksy's fine, fine film.

It took him seven months of excessive weightlifting (plus seven meals a day) to put on the physique needed to play Randy 'The Ram' Robinson. 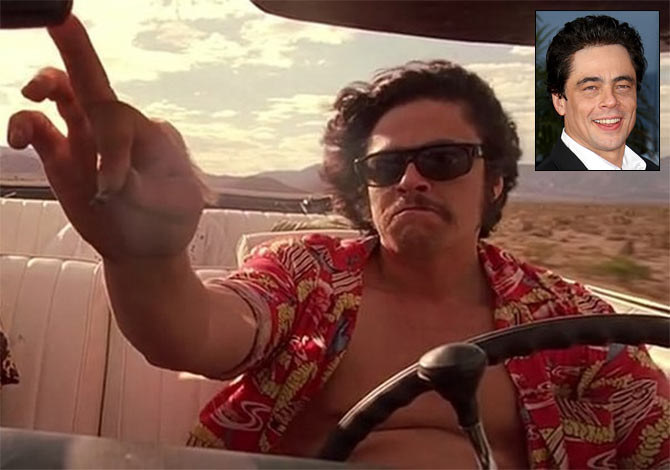 In terms of quick weight gain, the best diet might be the one Benicio Del Toro followed to get all bulky to play Dr Gonzo in Fear And Loathing In Las Vegas: he ate way too many doughnuts.

Miles away from his usual dashing self, Del Toro made the character an unforgettable one, stealing many a scene from co-star Johnny Depp. 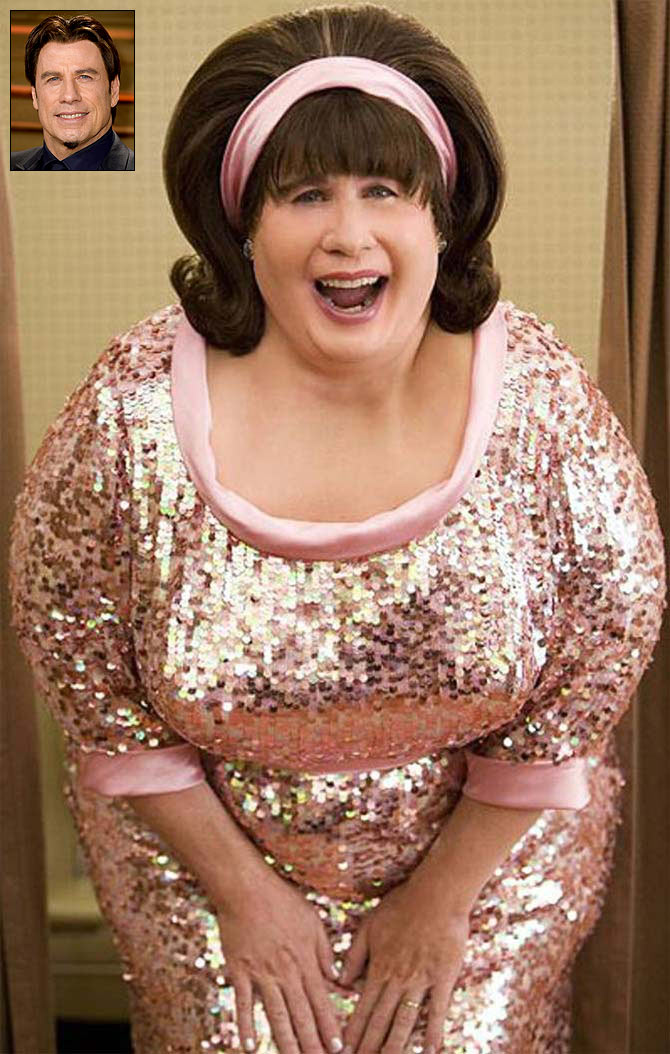 The last time Travolta starred in a musical, it was called Grease and it was the biggest musical of all time.

But in Adam Shankman's 2007 take on Hairspray, the then-53-year-old actor wore a giant bodysuit and many a gel prosthetic to play the plus-sized Edna Turnblad.

It sounds preposterous to have Travolta play a woman, but the gimmick works because of how enthusiastically the actor embraces this nutty, girly side. 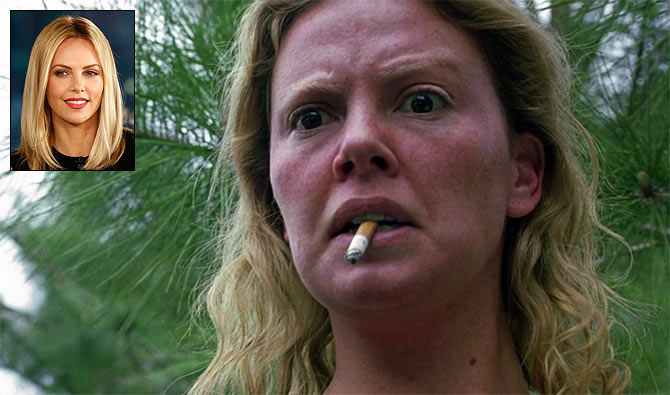 No list of actor transformations is complete without mentioning Theron's work in Monster.

The actress shaved her eyebrows, ate a lot of potato chips -- enough to gain 30 pounds -- and hid behind much blotchy facepaint to play serial killer Aileen Wuornos.

Stunned by the 'uglification' of an actress who routinely topped Sexiest Woman Alive charts around the world, the Academy gave her an Oscar for the part.