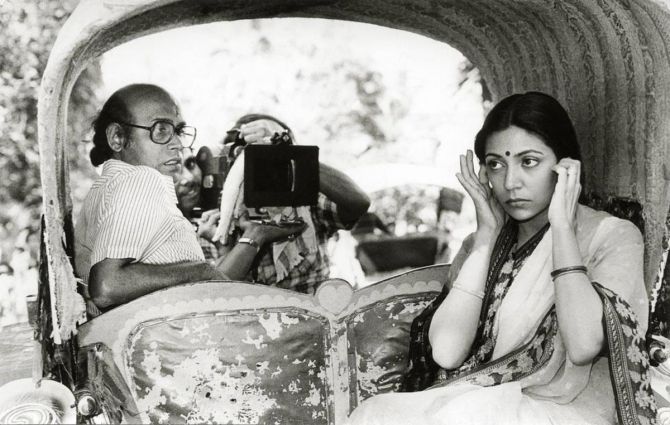 Eminent film director Buddhadeb Dasgupta, who had been battling kidney ailments for quite some time, died at his residence in Kolkata early on Thursday following a cardiac arrest, family members said. He was 77.

The National Award-winning director is survived by his wife, and two daughters from a previous marriage.

Extending her condolences to the director's friends and family, West Bengal Chief Minister Mamata Banerjee tweeted, 'Saddened at the passing away of eminent filmmaker Buddhadeb Dasgupta. Through his works, he infused lyricism into the language of cinema. His death comes as a great loss for the film fraternity.'

Dasgupta was found motionless by his wife Sohini at his residence at 6 am, according to the family members. He had suffered cardiac arrest in his sleep, they added.

Mourning his demise, film-maker Goutam Ghosh said, 'Buddhada continued to make films, write articles and stay active, despite his failing health. He had directed Tope and Urojahaz even when he was unwell. It is a great loss for all of us.'

'I am sad that I wont be able to bid a final farewell to Buddhadeb da at the crematorium, like I did in the case of Mrinal da. It is upsetting that we cannot give due recognition to a director of his calibre, due to this COVID pandemic and the lockdown,' Sen said.

Actor and theatre personality Kaushik Sen said Dasgupta was in the league of film-makers such as Satyajit Ray, Ritwik Ghatak and Mrinal Sen 'who took Bengali cinema to global platforms'.

'He had often been accused of making cinema in a style that was not easily understood by the masses. But he stuck to that style, never deviated from what he believed in,' Sen said.

Born in 1944 in Purulia, Dasgupta began his career as a lecturer in a college before taking a plunge into film-making in the 1970s after having enrolled his name as a member of Calcutta Film Society.

He made his first feature film Dooratwa in 1978, leaving his mark as a poet-lyricist-director.

Before that, he had made a short Samayer Kache.

Dasgupta -- who bagged 12 National Awards in his lifetime -- was liberal in his views, having criticised arrests of several political activitists in recent times.

He stood by younger film-maker Anik Dutta, when the anti-establishment film Bhobisyoter Bhoot was withdrawn from theatres in Kolkata a week after release.

A recipient of the Silver Lion at the Venice film festival and the Locarno critics' award for Uttara, the auteur, after one of his ventures did not get a commercial release a few years ago, had told PTI, "It hurts me when my film gets recognised internationally but doesnt hit the theatres in Kolkata and the rest of Bengal. But there is a strong distribution lobby at work."

Deepti Naval: Heartbreaking news - just heard that our dear director Buddhadev Dasgupta passed away this morning. I had the good fortune of working with him in 'Andhi Gali' and over the years have known him as a wonderful, gentle human being and as a sensitive poet. Very saddened at his departure . . . May his soul rest in peace!

Prime Minister Narendra Modi: Anguished by the demise of Shri Buddhadeb Dasgupta. His diverse works struck a chord with all sections of society. He was also an eminent thinker and poet. My thoughts are with his family and several admirers in this time of grief. Om Shanti.

Writer and TV host Jeet: A great loss for the fraternity. Your work will be missed & cherished #RIP #buddhadebdasgupta

Actress Sudiptaa Chakraborty: It's indeed an irreparable loss fr Indian and Bengali film industry.We knew he's been suffering frm ill health but we hoped that he would fight back n wil come bck to the shooting floor again. Alas ! May your soul rest in peace Buddhada My heartfelt condolences to his family.' 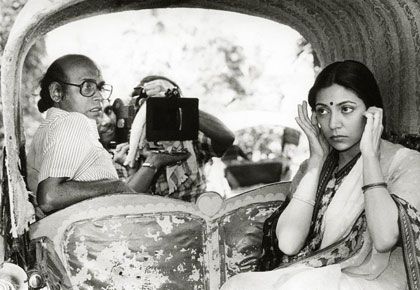