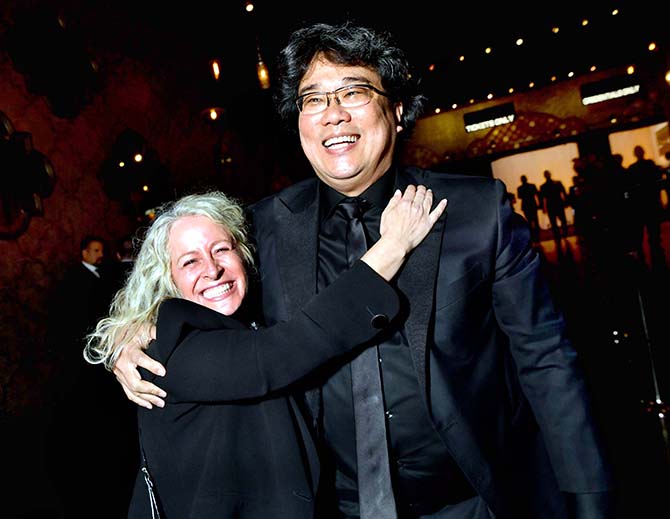 Parasite created history at the Screen Actors Guild (SAG) awards as the South Korean class drama went on to become the first foreign language film to pick up the top prize of the Best Motion Picture cast award.

The trophy, SAG-AFTRA's equivalent of a Best Picture award, for the Bong Joon-ho directorial is a favourable sign for the film which has been nominated for six Oscars, including Best Picture and Best Director. Besides Parasite, the who's who of Hollywood also gave a standing ovation to veteran actor Robert De Niro, who received the lifetime achievement award.

A vocal critic of President Donald Trump, De Niro said he would continue to speak out despite the backlash.

"There's right and there's wrong and there's common sense and there's abuse of power and as a citizen, I have as much right as anybody -- an actor, an athlete, a musician, anybody else -- to voice my opinion. And if I have a bigger voice because of my situation, I'm going to use it whenever I see a blatant abuse of power," The Irishman star said. 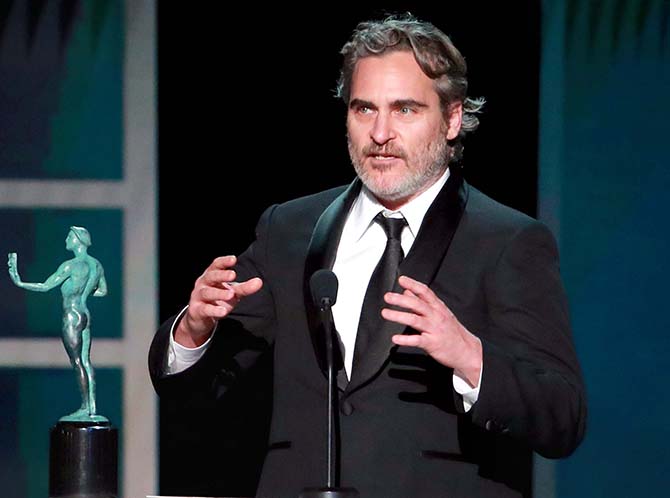 The winning run continued for Joaquin Phoenix, who took home the honours for outstanding performance in a leading role for his titular turn in Joker. 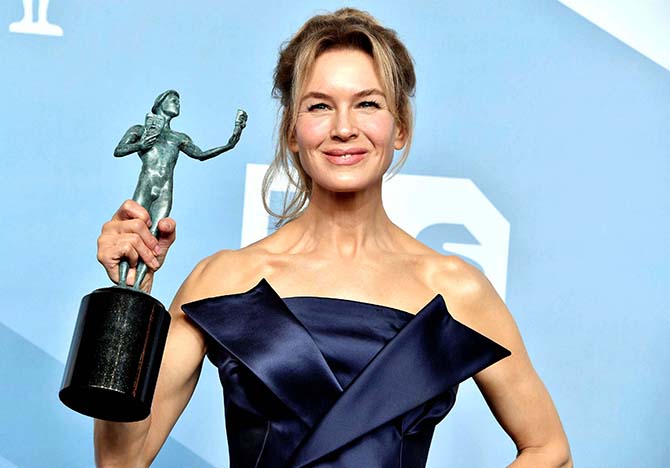 Renee Zellweger won outstanding performance in a leading role for her film, Judy. 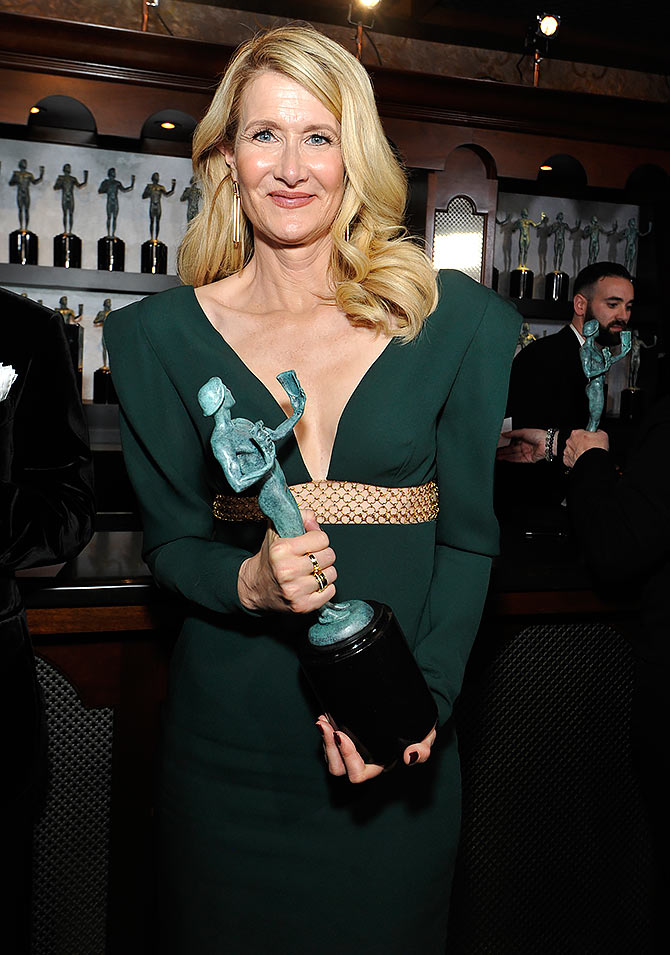 Like the Golden Globes and Critics Choice Awards, Laura Dern and Brad Pitt emerged favourites in the supporting categories for the divorce drama Marriage Story... 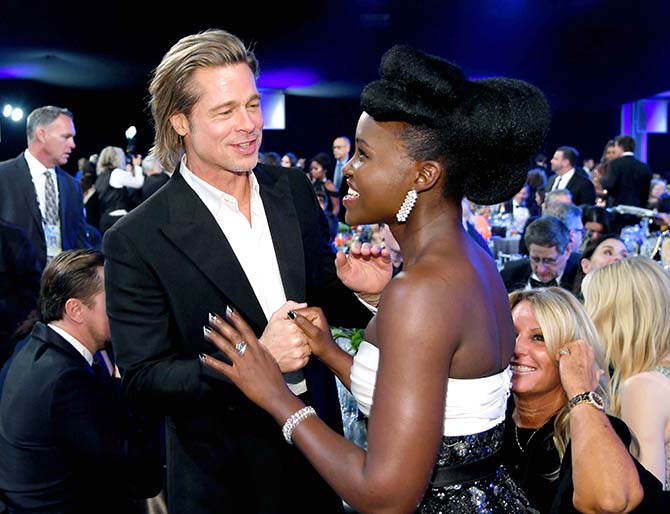 ...And Quentin Tarantino's revisionist period piece Once Upon a Time in Hollywood. 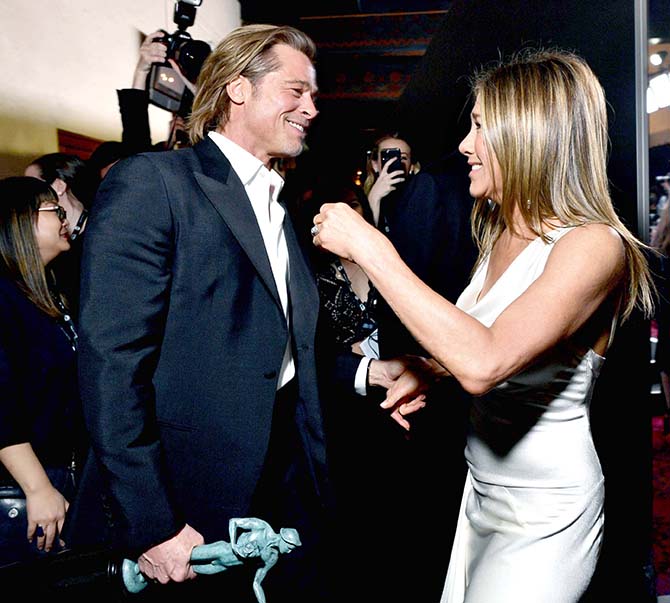 Later, he shared a moment with his ex-wife Jennifer Aniston, who won her first individual actor award in a drama series for her latest series, The Morning Show. She earlier won a SAG actor honour as part of ensemble cast for the NBC series.

The SAG for Outstanding Action Performance by a stunt ensemble in a motion picture was bagged by Marvel tentpole Avengers: Endgame. 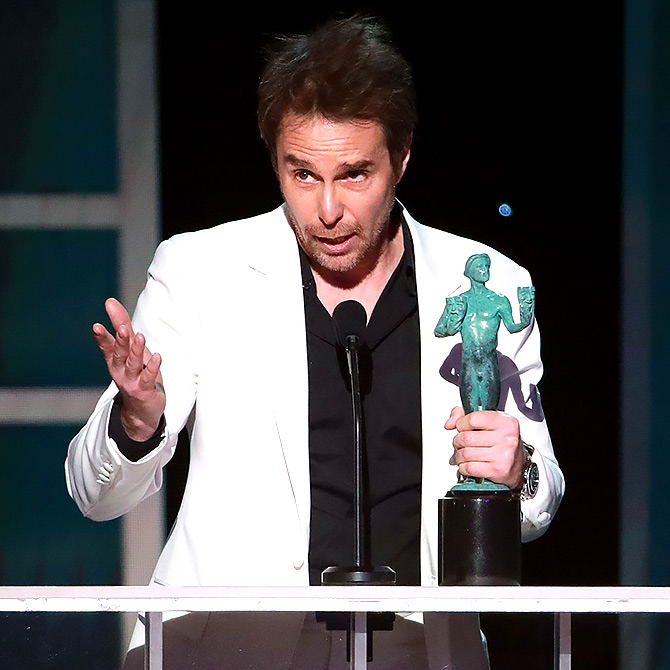 In the television segment, Fosse/Verdon co-stars Sam Rockwell and Michelle Williams scored an award each in the categories of actor in a television movie or miniseries for playing the duo of choreographer and director Bob Fosse and iconic dancer Gwen Verdon. 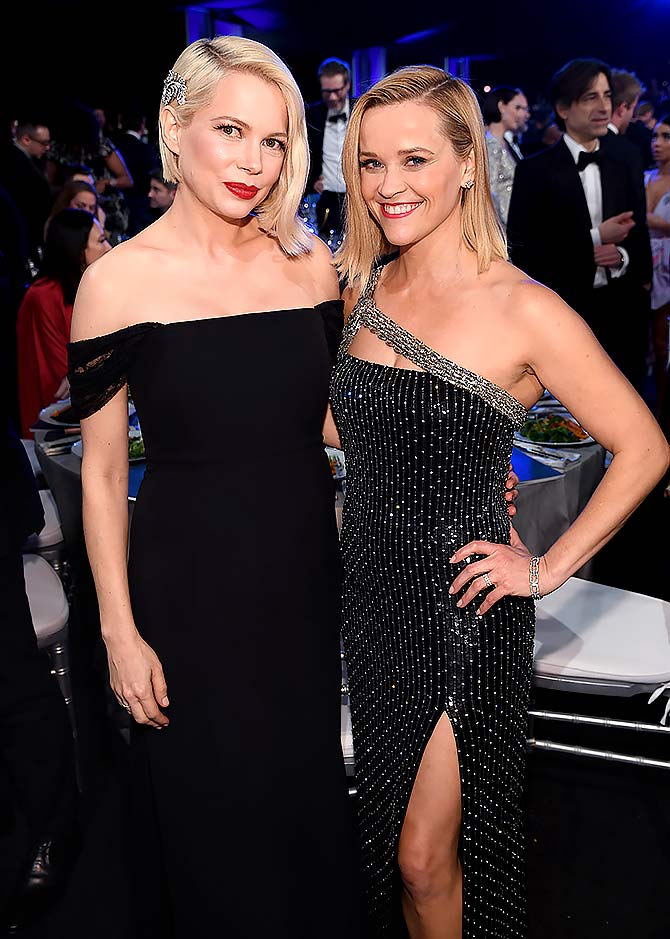 Michelle Williams mingles with Reese Witherspoon on the awards night. 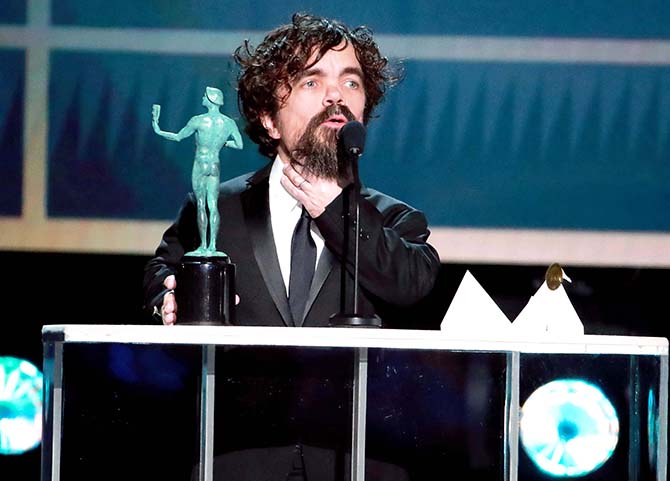 Peter Dinklage was honoured as Best Actor in TV drama for his performance in the final season of Game of Thrones as the fan favourite Tyrion Lannister.

The epic fantasy show, which ended last May, also won the award for Outstanding Action Performance by a stunt ensemble in a comedy or drama series. 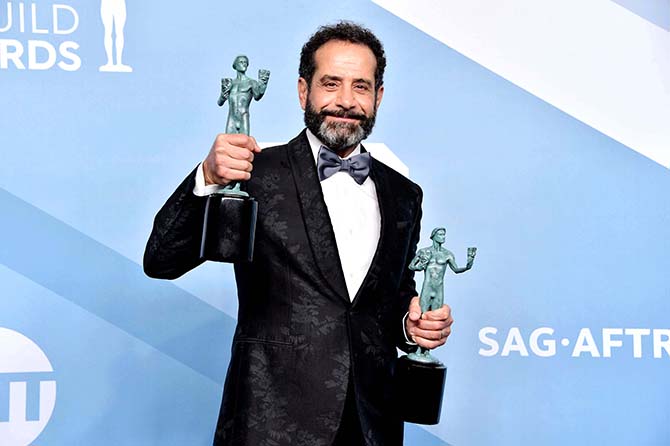 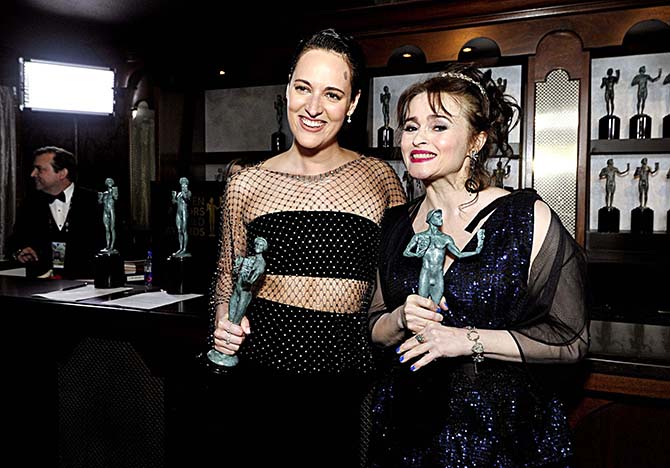 Actor-writer Phoebe Waller-Bridge, who has been the toast of the award season post the second season of her show Fleabag, was acknowledged by fellow actors as the Best Female Actor in a comedy series for the beloved series.

As the rein of The Crown changed hands from Claire Foy's Queen Elizabeth II to Olivia Colman's portrayal of the British monarch, the royal period drama was adjudged the Best Ensemble in a drama series.

Rediff Movies
Source: PTI  -  Edited By: Ronjita Kulkarni© Copyright 2020 PTI. All rights reserved. Republication or redistribution of PTI content, including by framing or similar means, is expressly prohibited without the prior written consent.
SHARE THIS STORYCOMMENT
Print this article 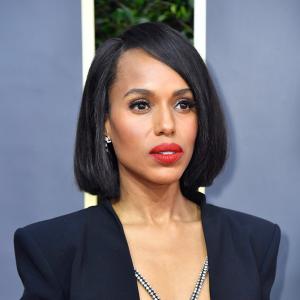 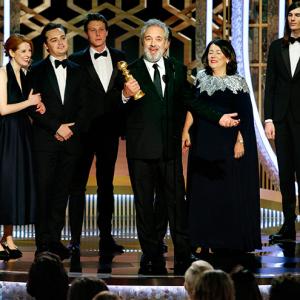