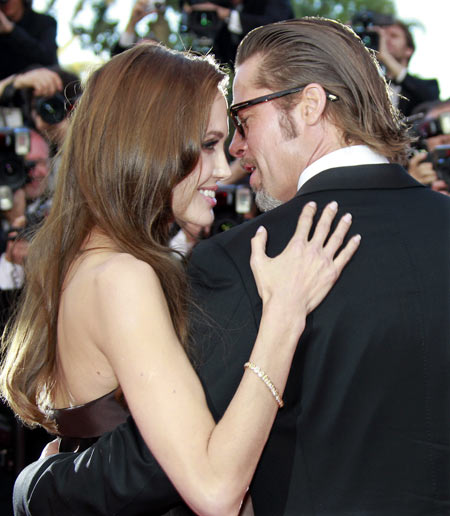 Hollywood star couple Brad Pitt and Angelina Jolie have sparked speculation that they are planning to marry secretly this weekend amid preparations for a huge party at their French home.

Pitt's parents Jane and Bill and top jeweller Robert Procop, who made Angelina's engagement ring, are at the residence.

The event is said to be for Pitt's parents' 50th wedding anniversary but locals say there is a real buzz there, reported Sun online.

'Brad flew in to oversee preparations but they're all here now. They say it's for Jane and Bill, but some think this could be it.
Even Angelina's private jeweller is here,' a source said.

The couple, who met on the set of hit film Mr and Mrs Smith in 2005 and have six children, announced their engagement in April.

Their guest list, said to be no more than 20, would include actor George Clooney, 51, who is yet to arrive.

'George and Brad are best pals, there's no way he'd miss it. He's at his house in Italy, but could fly to Marseille in an hour. There's a real buzz around the estate,' a source said.

Photograph: Reuters/Eric Gaillard
© Copyright 2022 PTI. All rights reserved. Republication or redistribution of PTI content, including by framing or similar means, is expressly prohibited without the prior written consent.