A look at films that were shot in the picturesque island country. 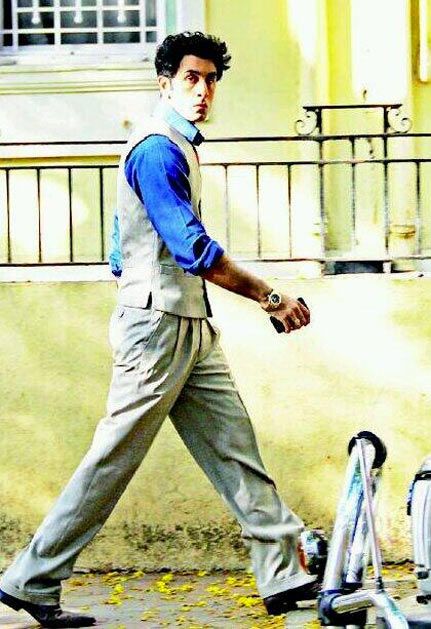 Bombay doesn't merely feature in the title of Anurag Kashyap's ambitious new movie; it's also the heartbeat of its vintage soul.

But here's the thing, Bombay Velvet is predominantly shot in Sri Lanka.

Given the story is set in the sixties, elaborate sets of the city's landmarks were specially mounted across various locations of the neighbouring country to recreate the ambiance of a bygone decade.

Director Kashyap says he preferred filming in Sri Lanka to actual locations in Mumbai because of the unconditional support offered by their government, easy availability of vintage car models, peaceful working conditions and the likeness of its gothic architecture.

Whiles Bombay Velvet is easily Bollywood's most high-profile project to be extensively shot in Sri Lanka, it's not the first one. Here's a look at other desi movies that employed the island country's scenic beauty as its backdrop. Sri Lanka has played rescuer to Canada-based director Deepa Mehta on more than one occasion. When her film, Water centred around Varanasi's Hindu widows, incited mob protests over its contents while shooting on location in Varanasi, the filmmaker had no option but halt production.

She quietly resumed work in Sri Lanka instead and Water opened to decent acclaim.

When adapting Midnight's Children, author Salman Rushdie's Booker prize-winner, Mehta didn't wish to attract any trouble by filming in India or Pakistan and stuck to the safest most option – Sri Lanka. Originally to be filmed in Mauritius, it was at the behest of its leading man Salman Khan that director Anees Bazmee shot a large chunk of their super-hit comedy Ready in picturesque Sri Lanka.

A remake of 2008 Telugu hit, Ready revolves around Sallu's endeavours to win Asin and her doltish uncles. 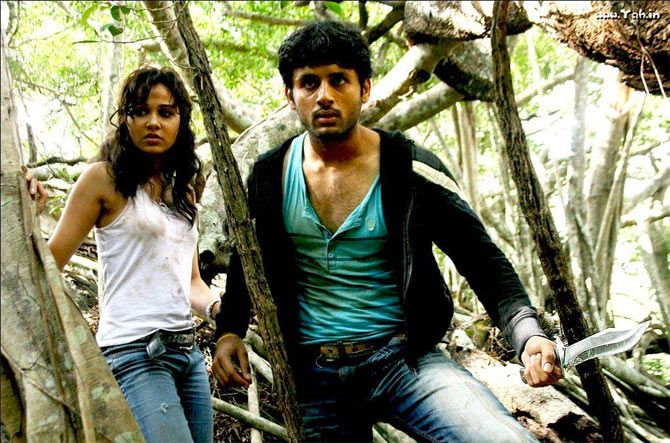 Lower production costs and a landscape like one back home makes Sri Lanka a no-brainer decision for most filmmakers.

And so after setting the gripping thriller Jungle in Karnataka's Bandipur National Park, Ram Gopal Varma moved to Sri Lanka to recreate Mumbai in his panned supernatural flick, Agyaat. Boney Kapoor's much delayed, much-hyped debacle Prem was designed as a launchpad for kid brother Sanjay and leading lady Tabu.

As it turns out the reincarnation romance helmed by Satish Kaushik found no takers but Sri Lanka's green, gorgeous backdrop in many of its extravagantly staged scenes continue to catch our eye.

It's impossible to imagine Indiana Jones and Temple of The Doom and Boom have anything in common. But they do. Why, Sri Lanka, of course.

Kaizad Gustaad's trippy crime caper, now best-remembered for Katrina Kaif's embarrassing debut and Amitabh Bachchan's silver-fox look, shot some of its sequences in Sri Lanka along side Dubai and Bollywood staple -- Mumbai through its two-month schedule. 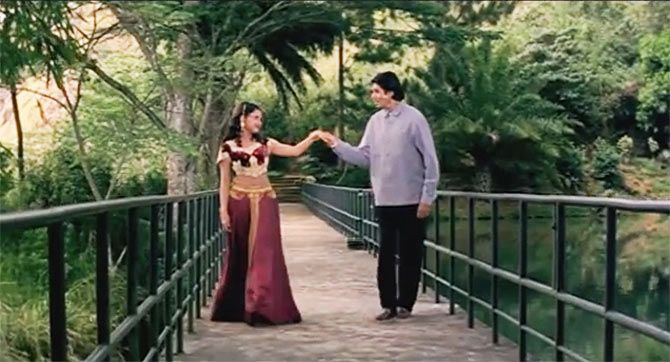 Amitabh Bachchan's double role outing in comeback vehicle Sooryavansham isn't among his most memorable but the tearjerker sure enjoys tremendous repeat value on cable television.

A remake of the Tamil father-son drama starring Sarath Kumar, one can catch several glimpses of pretty Sri Lankan towns like Kandy and Polonnaruwa in its many sequences.

Pankaj Parashur -- the man behind entertainers like Jalwa and Chaalbaaz is responsible for the long-forgotten, trashy rehash of Hollywood's Basic Instinct.

The only reason why the Manoj Bajpai starrer even gets a mention is some of the steamy scenes were choreographed in the currently trending Sri Lanka.