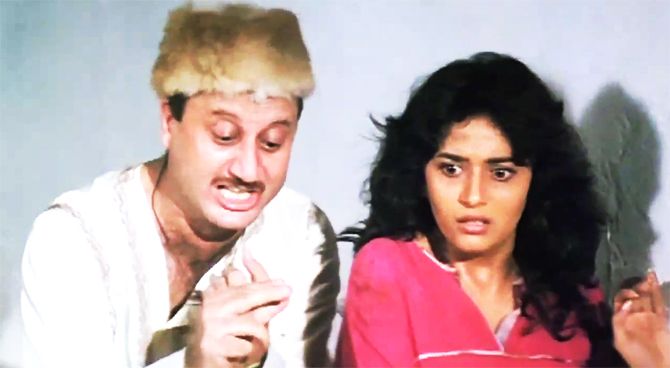 Kamal Haasan transforms into an aged nanny to spend time with his little princess in Chachi 420.

Amitabh Bachchan writes loving lullabies as a tribute to his darling daughter in Kabhi Kabhie.

But not all dads are brimming with affection and care on celluloid.

Here's a look at some of the MOST horrible daddies of Bollywood that get no love on Father's Day. In Karan Johar's Kuch Kuch Hota Hai, Shah Rukh Khan's single parent is so concerned about his little girl (Sana Saeed), he rushes all the way to summer camp because he heard her sneeze on the answering machine.

In the same movie, he joins her on the stage when she breaks down on being asked to speak about mothers.

Obviously, it's quite a blow to watch him rebuke his son (Ahsaas Channa) continuously for preferring music over sports in K Jo's Kabhi Alvida Naa Kehna. That's not all, he eventually dumps him and his mother to pursue a romantic liaison with another woman leaving a measly 'try not to hate me' for consolation. 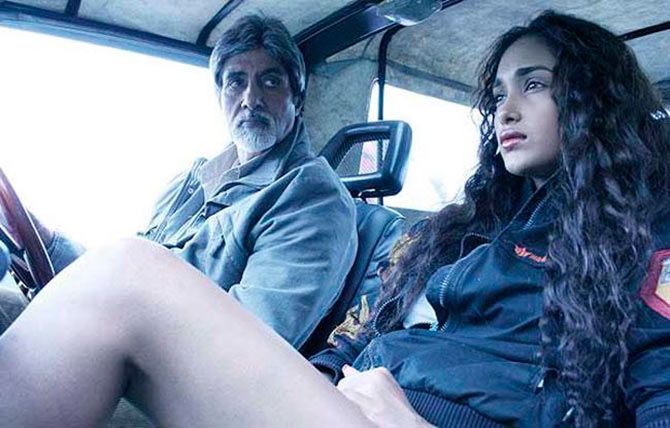 Shraddha Arya's comes true when her middle-aged dad, played by Amitabh Bachchan, refuses to put his infatuation to rest and single-handedly shatters their picture-perfect family in Ram Gopal Varma's Nishabd. Ronit Roy is the face of cruel parenting in Vikramaditya Motwane's Udaan.

The man is unbelievably hard on his two kids (Rajat Barmecha, Aayan Boradia) from two different wives, treats them like minions and puts his own selfish needs and expectations before anything.

If his acerbic insults and thoughtless actions like decision to remarry the third time without consulting how they'd feel isn't enough, Roy resorts to physical beating too.

What sort of a father forces her daughter to dance in front of lecherous crowds for money or threatens to hurl acid on her face if she goes against his wishes or tortures her with false albeit graphic descriptions of her boyfriend's death? Poor Imran Khan has one heck of a dictating, dissatisfied bully for a father in Boman Irani. Doesn't even have the freedom to wear a tie of his choice.

Instead of trying to be more sympathetic and investigating his child's dyslexia, he's punitive and alienates him by sending off to every child's most dreaded destination -- boarding school. Too busy riding the high horse of power and money, Pran's completely out of touch with his fatherly instincts in Raj Kapoor's Bobby. Given the zero rapport with his fresh-out-of-boarding school son (Rishi Kapoor), it's only a matter of time before things go really awry.

The well-heeled stuck-up first humiliates Kapoor's girlfriend and promptly accepts a crazy but wealthy girl's marriage proposal for her son to boost his business.

Pran's snooty character does come around at the tail end of Bobby but the harm's already done. First, he dumps his pregnant girlfriend to marry a rich heiress.

Then, he ignores his parenting duties to build a richer empire.

And if he wasn't already the worst father ever for making Amitabh Bachchan's childhood a living hell, his rancour against Poonam Dhillon and Shashi Kapoor for letting their hearts rule the head is the final nail in the coffin.

Goga Kapoor's regressive, ruthless daddy to Juhi Chawla in Qayamat Se Qayamat Tak is willing to sacrifice her happiness to serve his own pride.

The sneaky rascal tricks his poor daughter into believing he's truly accepted her relationship with the enemy clan's son (Aamir Khan) while all this time he's sent out goons to bump him off.

What ensues, as you all know, is most tragic. Blaming her for the death of his wife during childbirth, Bose refuses to acknowledge her presence, forget having any conversation, resulting in Tagore harbouring serious amounts of guilt in her reticent, socially awkward behaviour.