'Did you see Eijaz asking Nikki to wash his underwear?'

'I realised that he does not need any friends or any love.'
'He only uses people to up his game.' 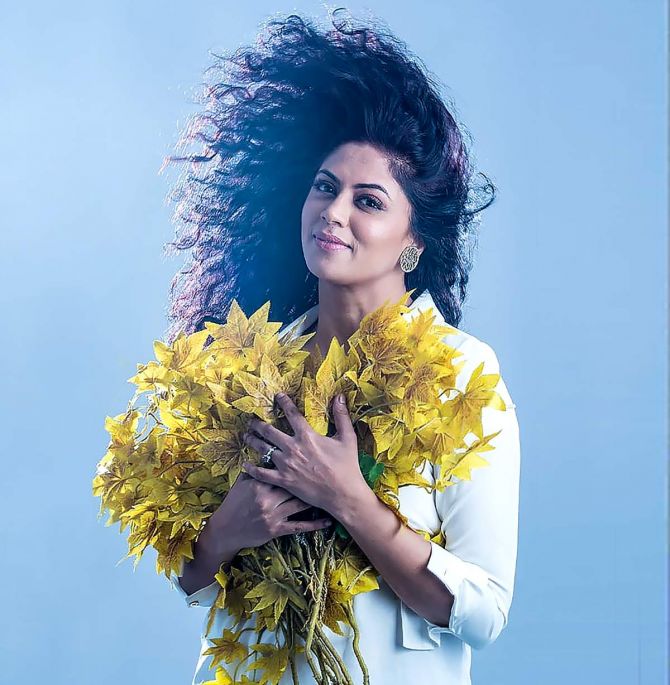 The FIR actress, who entered as a wild card, was shown the door just a few days later, as she received less votes than the other nominated contestants.

During this week, it was her outburst against Eijaz Khan that really stood out, and Kavita clarifies to Rediff.com Senior Contributor Rajul Hegde, "I was hurt when I realised that he doesn't need my goodness. He is only calling me his friend so that I can be his chamchain the house to up his game."

Everyone expected you to stay longer on Bigg Boss 14. Do you think your outburst with Eijaz Khan went against you?

I think I was too real in the house.

I played with my heart, which was not right.

In this game, one has to use their minds and not be emotional.

That's what went against me.

But it's a very big life lesson and no hard feelings about it. 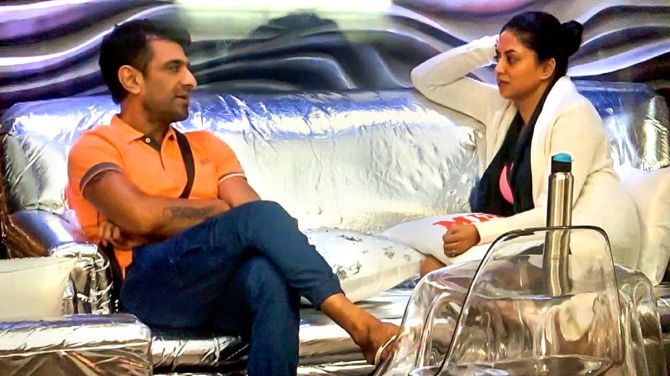 You were hurt when Eijaz Khan said you are his friend. And when you said you cooked for him during the lockdown, you got a lot of backlash on social media.

I've met Eijaz just more than a few times in the last 18 years.

He is a much bigger star than me. He has done many serials as a lead while I have done only one show as a lead.

So how is that he's needy?

In the lockdown, we were all alone.

He is a single man, it's not like he didn't have money or anything.

It's just that he didn't have anyone to cook for him.

I was trying to say that this is my gesture of goodness, but he does not need it.

I feel surprised to see how a simple thing that I was trying to convey got so badly misunderstood by everyone.

When he saw my food pictures on social media, he requested me to cook for him.

I cooked food as a gesture; it's not that he needed it.

In the house as well, I realised that he does not need any friends or any love.

He only uses people to up his game.

I was hurt when I realised that he doesn't need my goodness. He is only calling me his friend so that I can be his chamcha in the house to up his game.

That's why I had this outburst and it totally went against me.

Your goodness can go against you because of your selection of words.

This show is like that -- one word here and there, somebody's PR team gets activated and then that one line will be used against you.

People also lap it up.

Instead of taking the line that 'he is using people', they have picked up 'oh, I fed him food'.

That shows how gullible our viewers are. You snubbed Eijaz when he stepped forward to say goodbye to you.

This game is not about formalities.

Every time I would go to calm him or talk to him, he would tell me not to give my opinion.

He would say, 'I know how to play this game'.

He is playing the game, so why should I stop for him when I'm going out of the house?

Do you think he is fake in the house?

Why aren't people understanding this?

It's very clear to me that this is his real nature.

Basically, he wants an army that creates an image of him to be a king. But I didn't want to be his chamcha.

I kept ignoring them until a certain point where he told me, 'Hey, you are supposed to behave in a certain way with me.'

That's when I blew my lid.

Did you see him telling Nikki to wash his underwear?

I would never do that.

Honestly, I want to stay away from such people. Shehzad Deol felt that you came into the house and started dominating.

I was made the captain of the house and it was my job.

Honestly, when I entered, it was in such a mess.

The kitchen was stinking.

The house was in bad shape, so it needed to be dominated.

It needed to be cleaned.

I had to assign duties to people.

If you live in a house, especially in a pandemic, it's very important to keep the house clean. It wasn't like I was enforcing my own rules.

I was asking people who will do what job. And if somebody said they were uncomfortable, I did not force them to do any work.

On the first day itself, the entire house came in order. It started smelling beautiful, it was clean.

Had I not been the captain, I would have done my own work.

But as a captain, and unlike what we are seeing now, I never made anyone do any dirty jobs or my dirty jobs.

People will have their own opinions, that's okay.

Honestly, I don't regret saying anything in the house.

If anyone is shouting all the time, will you let them stand outside your house?

It's not that I picked up a fight with anyone.

I think when Bigg Boss happens, everyone starts making comments and giving opinions.

But it's only people who stay inside the house for 24 hours who know what has been said before and what has led someone to say something.

Let people give their opinions. It doesn't matter. You got along with Abhinav Shukla. Is he real in the house? What about the other contestants?

Honestly, I don't know about others.

It was just one week in the house.

In whatever time I spent in the Red Zone, I really bonded with Nishant but he got evicted.

I bonded with Jasmine and Rubina.

Rubina does a lot of work in the house and I really appreciated that quality.

But more than that, I couldn't get to know anyone because I was out.

I didn't spend any time with Nikki Tamboli because she was in the Red Zone when I entered the house.

When she got out of the Red Zone, I went in.

Given a chance, would you go back?

I don't know whether a game like this is good for a person like me, who is so honest, and who functions from the heart.

Only people, who are manipulative, should move into the house.

What did your husband have to say about your stay in the house?

My husband is my biggest strength.

He and some more intelligent people could see the truth, that's enough for me, even if the world doesn't understand it.

I don't need to explain.

I know my truth.

I don't regret saying anything because I know what I've said. 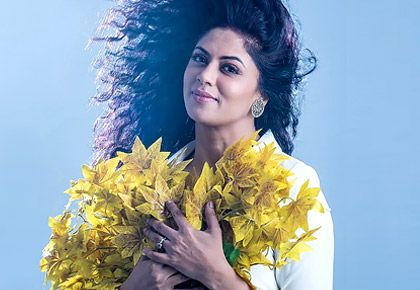