Nimrit Kaur Ahluwalia and Priyanka Chahar Choudhary haven't been friendly with each other since the start, but they weren't enemies either.

But after Monday's episode, it's pretty clear that the ladies are going to be enemies throughout the season.

Namrata Thakker's quick recap of all the DRAMA from the Bigg Boss house. Priyanka loses her cool when she doesn't get enough sabzi for dinner.

She complains to Sumbul Touqeer Khan and says that Nimrit and Shiv Thakare have their plates full, but there's not enough for Ankit Gupta and her.

Nimrit jumps to explain the food situation, but Priyanka is in no mood to listen.

The argument goes on post dinner, as Priyanka continues to rant about the unequal distribution of food.

Finally, Nimrit abuses Priyanka and threatens to slap her. Priyanka gets upset with Ankit, as he didn't say anything to Nimrit when she abused her in front of everyone.

Besides, Ankit celebrated his birthday with Nimrit, Shiv and the others after the fight.

She feels let down.

Ankit defends himself by saying he did not raise his voice as two girls were fighting and he didn't think it would be appropriate for him to jump in.

He assures Priyanka that if Shiv or Shalin Bhanot had abused her, he would fought.

The lovebirds get into a tiff but soon patch up. 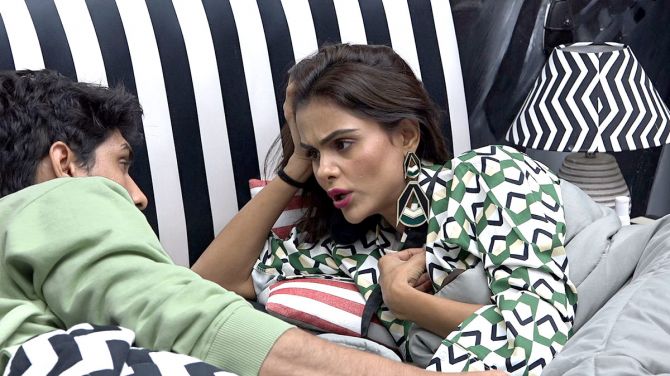 Sajid Khan scolds Gori Nagori for stealing food from their room and giving it to the others.

Sajid sternly tells her to stop stealing and ask the roommates before using any food item.

When Gori defends herself, Sajid gets angrier, and starts abusing her.

Sajid vents his anger by kicking the bedroom door and telling Shiv to throw all the food.

Shiv and Ankit ask Sajid to calm down.

Gori is in tears, but Sajid doesn't stop yelling at her. In the evening, Bigg Boss announces a new task.

The housemates have to write down a list of food items that they want. But not all of them will get the ration.

When the buzzer rings, MC Stan is asked to be the delivery boy.

He has to choose between Shiv and Gori.

He decides to deliver Shiv's ration and sends Gori's ration back, saying she was wrong in taking food without asking the other roommates.

Archana tells Gori that Stan has failed to realise who his true friend is and Shiv will definitely backstab him in the game going forward.

Next, Gori is asked to be the delivery girl and she has to choose between Priyanka and Archana's ration.

Gori picks Priyanka and everyone starts teasing Archana and making fun of her for not building a true friendship. Archana doesn't mind it.

When it's Sumbul's turn, she chooses Sajid over Tina Datta. Tina gets angry and feels Sumbul has been 'fake' since Day One.

When Sumbul approaches Tina for a chat, Shalin rudely tells her off.

Sumbul walks away, but she tells Tina there's no need for them to talk anymore. While Nimrit is trying to play the game, she's coming across as bitchy and quite negative. It's the same with Tina Datta.

Tina has never liked Sumbul and is always badmouthing her, but still expects her support.

Let's hope Sumbul gets rid of her so-called friendship with Tina and Shalin because it isn't helping her at all.

Gori may have drifted away from her group, but she's standing out and looking stronger. 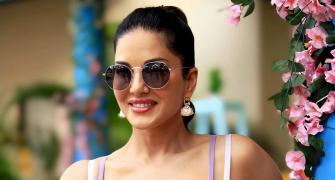 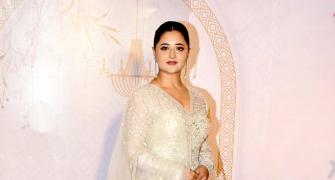 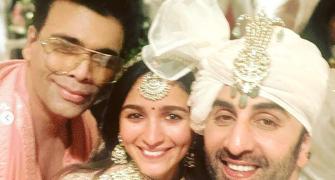 Karan Johar Is A Proud Nana! A Tour Of The Himalayas, Uunchai Style 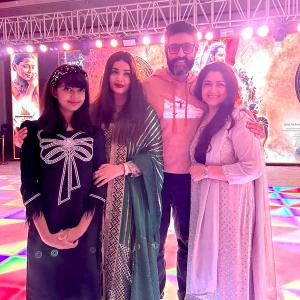 When Bachchans Partied With Rajinikanth