Karan has a showdown with Tejasswi, and it's all Rashami's fault! 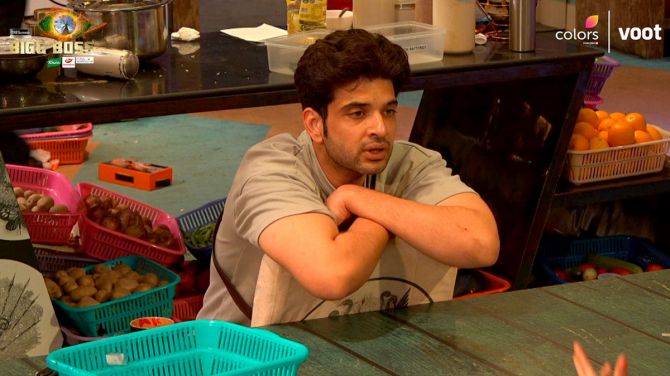 Day 73 starts with Rashami Desai telling Karan Kundrra that she cannot deal with Tejasswi Prakash anymore as she has been acting immature and insecure.

Karan says he has explained their altercation to Tejasswi, and that it was her fault.

Later, Karan convinces Rashami and Tejasswi to sort out their problem. But the situation turns intense as both Rashami and Karan don't let Tejasswi explain her side of the story.

The actress loses her cool.

When she raises her voice, Karan walks away.

Tejasswi orders him to come back and that's when Karan loses his temper and breaks his mug, saying Tejasswi cannot speak to him so disrespectfully.

Tejasswi starts crying and everyone tells Karan to calm down.

Once the situation settles, Karan and Tejasswi talk things out.

The next morning, the love birds talk about Rashami and how she is smartly playing the game, even with them.

Karan says her only priority is Umar Riaz and she has been trying to create problems for others. Tejasswi agrees. 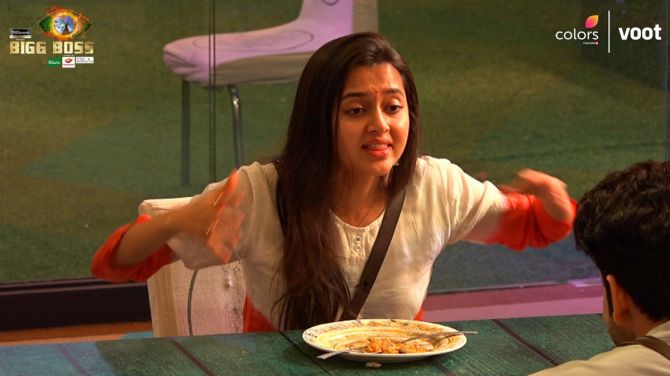 In the afternoon, she and Rashami have a chat again and though it seems the two ladies have buried the hatchet, only time will tell whether they remain friends or not.

The contestants get excited as Bigg Boss announces a new task for the Ticket to Finale week.

Since Rakhi Sawant won the earlier task, she is the sanchalak for this one.

A spaceship has been built in the garden area and the housemates have to secure a place either on the upper or the lower pods.

As soon as the task begins, everyone runs to secure their places.

Karan, Tejasswi and Abhijeet Bichukle manage to get seated in the lower pods whereas the rest of the contestants are in the upper area of the spaceship.

The spaceship area where maximum number of contestants would be seated, all those contestants will end up being nominated.

In the first round, Ritesh Kumar decides to leave the upper area.

With that, four members are now in the lower pods and rest in the upper section.

In the third round, everyone is shocked as Pratik does the same and takes one of the pods in the lower section.

In the fourth round, Pratik puzzles everyone once again as he returns to the upper section.

In the fifth round, Umar decides to come down.

With that, there are six contestants in the lower pods and five in the upper ones. 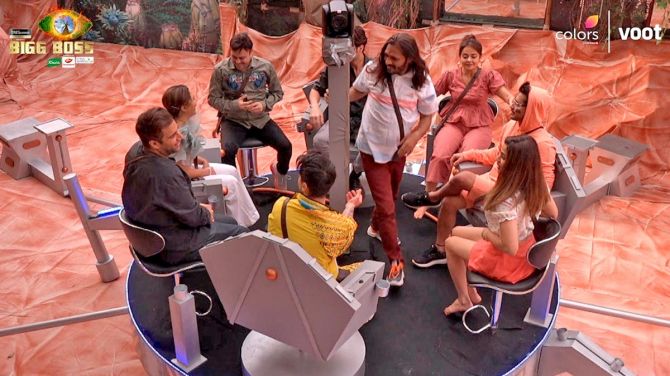 For the last round, everyone starts planning and plotting.

Nishant decides to get nominated so that he can save Pratik and Shamita. Also, with so many people in the nominations, he feels he has a better chance of surviving.

When the last buzzer rings, they leave the upper area.

Tejasswi, on the other hand, says she wants to go in the upper section in order to save her friends who are in the lower pods.

Ultimately, Rakhi has to decide.

Rakhi sides with her friends and allows Nishant to take a spot in the lower pods.

Bigg Boss announces that everyone in the lower pod is nominated.

Shamita, Pratik, Rashami and Devoleena Bhattacharjee are safe and will go ahead in the Ticket to Finale week task. 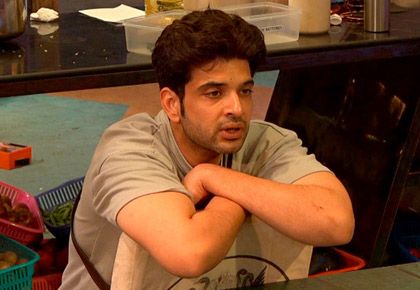 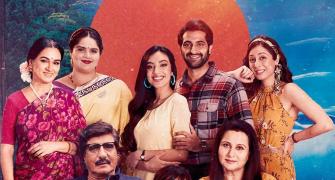 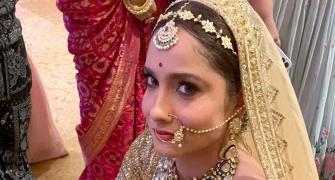 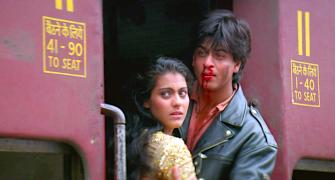 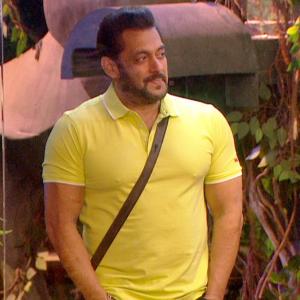 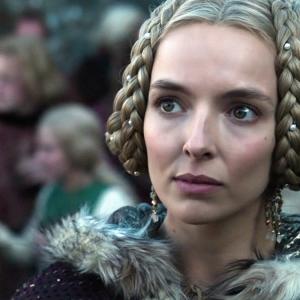