The action hots up, and Nikki reveals her game plan. 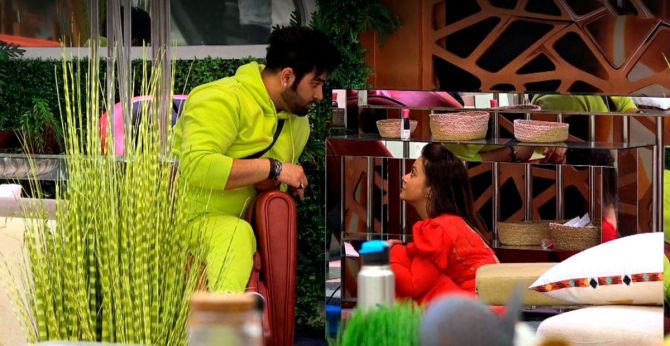 She advises her not to cross any limit during a task. Rubina also tells her to maintain a distance from people who don't give her good vibes.

Devoleena is ecstatic to see him.

Paras tells Rubina that she has broken records outside on social media and is trending everyday.

Jaan Sanu says that Rubina and Rahul Vaidya are always trending on Twitter.

Later, Rakhi and Paras discuss Pavitra Punia as the latter once dated her. 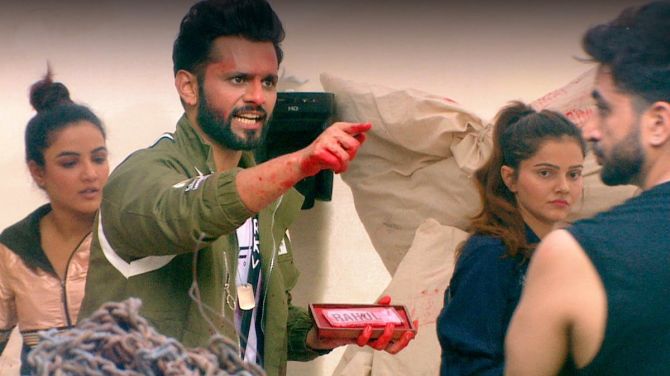 Since Rubina and Devoleena have been nominated by Bigg Boss for the entire season, they will not get the chance to become the first finalist.

But Bigg Boss makes it clear that if they win in the task, they will get a special power.

For the task, the housemates have to collect sacks and store them in barrels assigned to each of the contestants.

As soon as the task is announced, everyone starts strategising. Paras asks Devoleena to focus on Nikki Tamboli and not let her go ahead in the task.

Soon, then buzzer rings and the task starts.

As the connections try to collect the sacks and store them, Devoleena tries to make the task hard by creating problems for the contestants.

Jasmin Bhasin, Rubina and Rahul ask her to not do so but she does not listen.

Vindu Dara Singh eventually throws her barrel into the pool.

With that, sanchalak Paras declares that Devoleena is out of the race.

In the second round, Devoleena targets Nikki and throws her barrel in the pool.

Jaan and Jyotika try to save her barrel but their efforts go in vain.

Ultimately, Paras announces that Nikki is out of the race too.

Nikki loses her cool as nobody stopped Devoleena from ruining her task, so she decides to do the same. In the next round, Nikki tries to destroy Rahul's barrel, but Toshi Sabri defends it.

Rahul and Nikki get into an argument as the latter continues to ruin his task.

Toshi also loses his calm and fights with Nikki.

Rahul gets angry with Aly when he doesn’t help stopping Nikki during the task. Eventually, Aly stops Nikki. 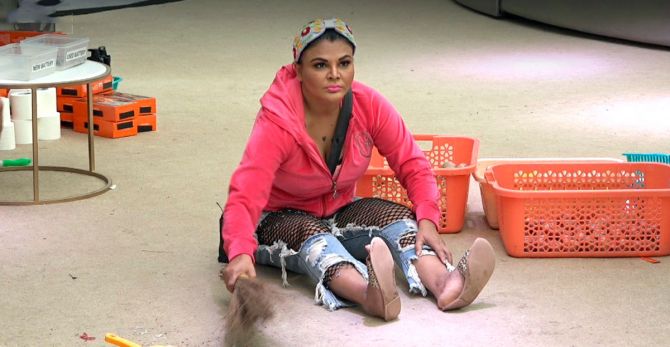 At the end of the third round, Paras declares that Rakhi is out of the race.

After the third round, Rahul is upset with Nikki, and they get into a fight.

Bigg Boss announces that the task is over for the day.

Later, Paras and Devoleena talk about the contestants and how everyone returned to normal after the task.

Rahul tries to convince Vindu and Devoleena to help in the task the next day. At night, Rahul, Rubina, Toshi, Rakhi, Vindu and Jyotika have a chat about the task.

Rubina also tells Vindu and Rakhi that if they support her, she will return the favour.

Everyone wonders Nikki why she is targeting Rahul and then she reveals that it is her game plan. 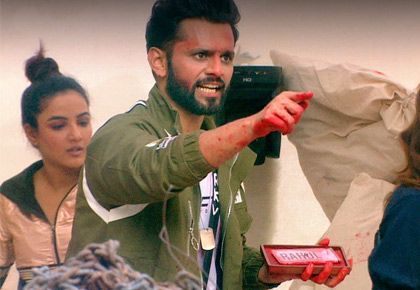