After starting off on a slow note, television actor Nishant Malkhani is getting the hang of the game called Bigg Boss.

After looking very 'fake', he is letting his true personality shine in the reality show.

But what’s he really like? Namrata Thakker finds out. The good-looking actor then starred in Zee TV’s hit show Ram Milaayi Jodi and impressed everyone as Anukalp Gandhi. Nishant quit television in 2011 and tried his luck in Bollywood.

He acted in few films including Vikram Bhatt’s Horror Story, but struggled to make his mark.

In 2018, he made a comeback on the small screen with Guddan Tumse Na Ho Payega. Here, Nishant is with his co-star Kanika Mann on the sets of their show. Good book with a great view is indeed the best way to unwind. Caught in action on the sets of Guddan Tumse Na Ho Payega.

The 33 year old received a lot praise for his role as Akshat Jindal. Having fun during the shoot with his pretty co-stars Kanika and Dalljiet Kaur.

Dalljiet was a contestant on Bigg Boss last year. Throwback to when traveling was fun without masks and face shields. Often spotted together, Kanika and Nishant have been linked up a few times but the two have always maintained they are just 'good friends'. 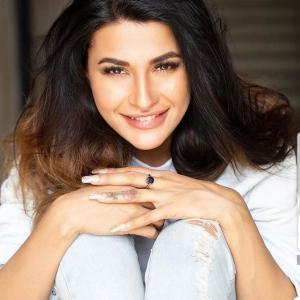