Bigg Boss 13: Himanshi gets a heart! 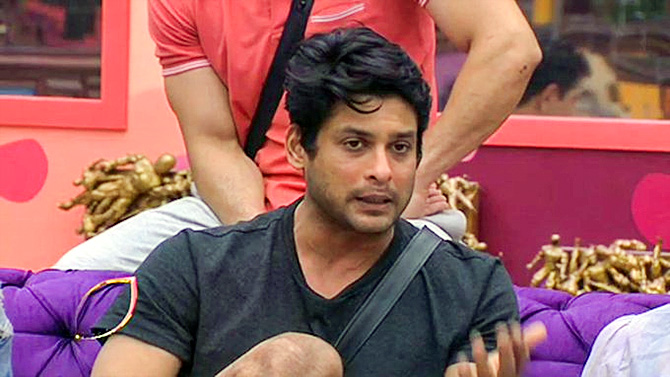 Thursday’s episode on Bigg Boss 13 kicks off with the contestants grooving to Tareefan in the morning.

Despite their differences, Paras Chhabra and Himanshi dance together in the garden area and even share a hug.

It's time for kitchen duties and Mahira Sharma starts complaining to captain Sidharth Shukla that Asim should not be in charge of rationing.

Asim, of course, defends himself.

Paras joins the bandwagon to support Mahira, and gets into a heated argument with Asim. 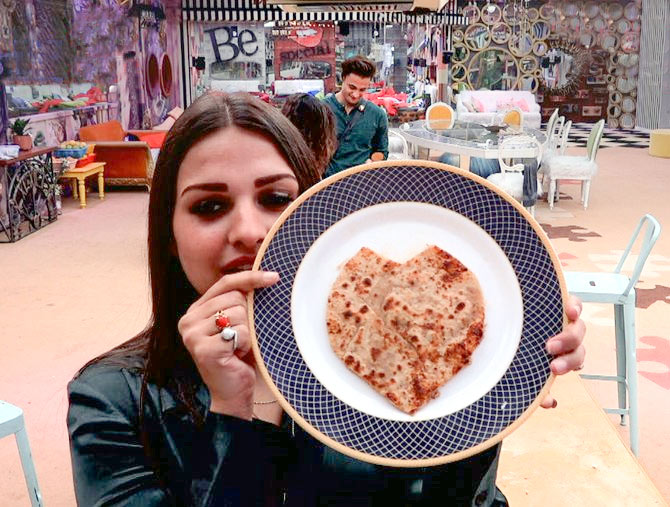 During breakfast, Asim wishes Himanshi happy birthday and gives her a heart-shaped paratha.

Rashami says that Asim had especially requested her to make it for Himanshi.

The birthday girl is flattered. 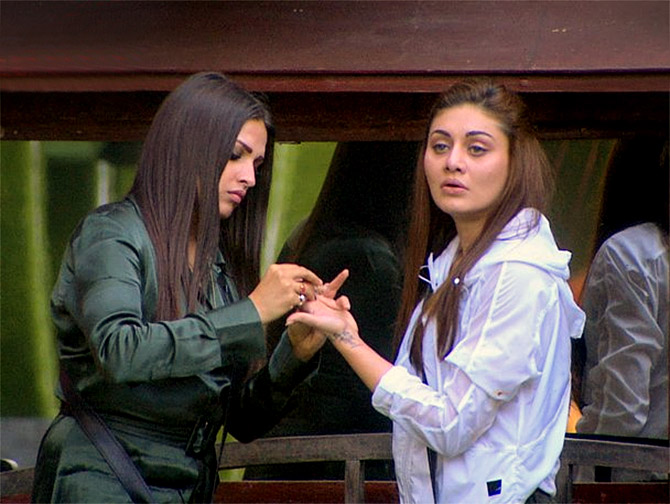 The house is divided into two teams.

Sid, Paras, Mahira, Shehnaaz Gill, Arti Singh and Devoleena Bhattacharjee are in Team A and Asim, Vishal Aditya Singh, Rashami, Shefali Jariwala, Himanshi and Hindustani Bhau are in Team B.

Every time the housemates hear knock-knock, it means it’s time for them to assemble in the garden area and get ready to collect alphabets.

The teams have to write Luxury Budget with the alphabets on their respective black walls and the team that does it first will win the challenge. 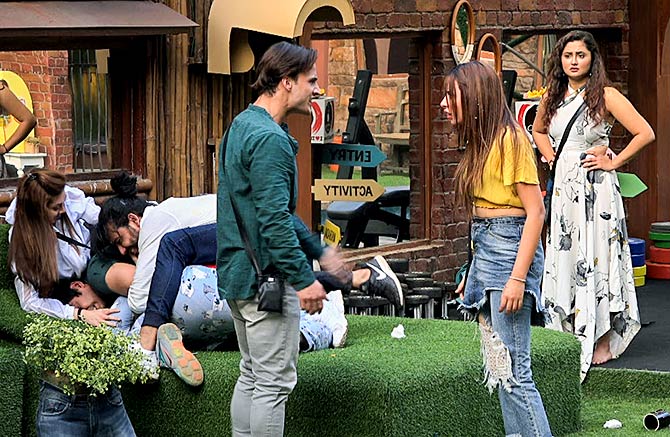 In the first round, Sid, Paras, Asim and Vishal collect the letters.

As soon as the task starts, all the four guys get down and dirty. They push and fall on each other to snatch the letters. 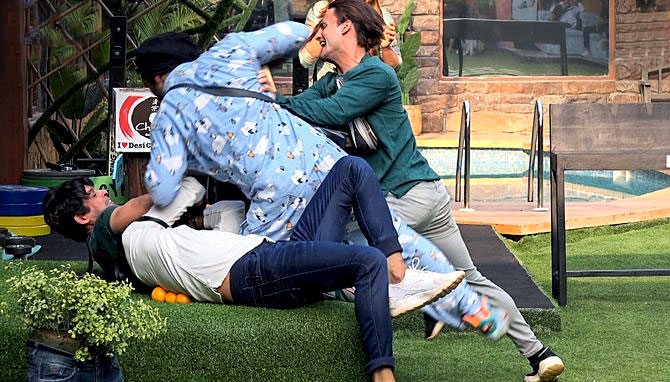 In the next round, Arti gets ready to perform but Sid asks her not to as Paras and he will collect the alphabets once again.

From the other team, Shefali goes instead of Asim and she gives Paras a tough fight.

He blames her for pinching him and using the woman card, leading to a showdown between the two. 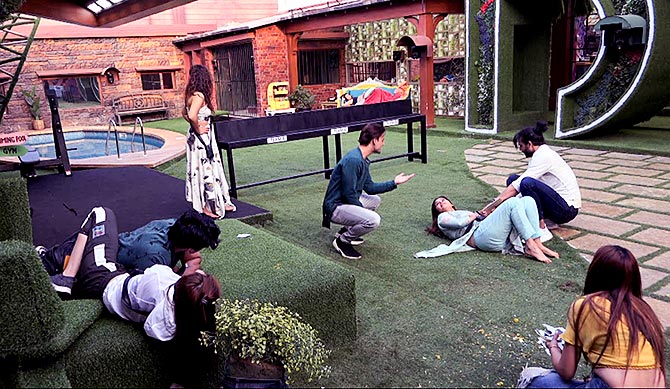 In the next round, Bhau and Asim go against Paras and Sid. They fight, push and yell once again.

In fact, this time all the housemates jump in to snatch the letters from Sid and ultimately, Bigg Boss intervenes and asks them to stop performing. 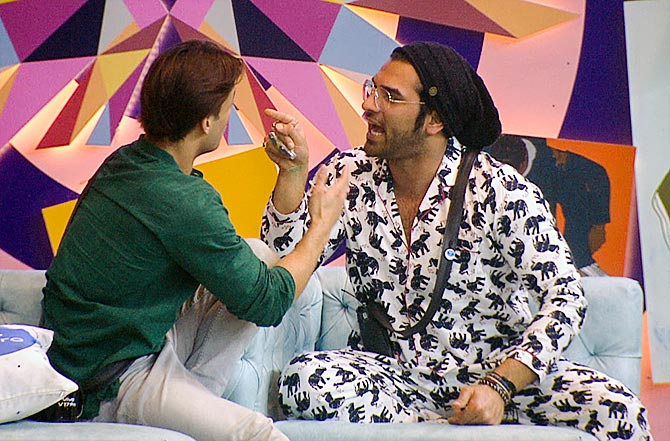 Bhau and Shehnaaz get into a spat which turns ugly when Rashami and Sid jump in to defend their respective friends.

At night, Bigg Boss announces that the luxury budget task is over and Team A is the winner. As a result, they get a lot of luxury food items which only they can enjoy. 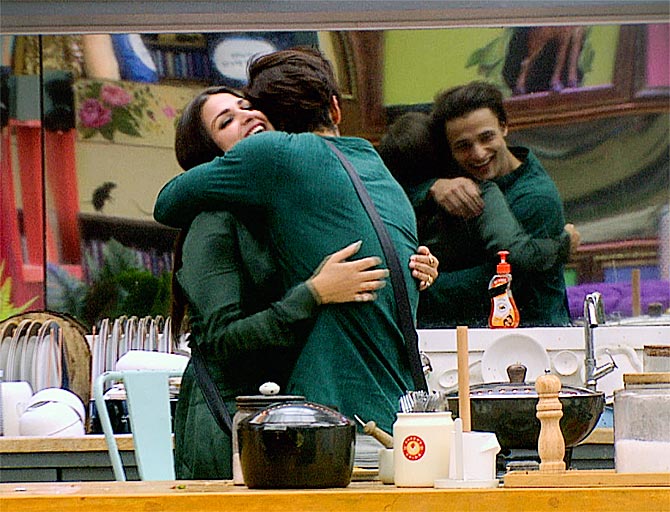 While cleaning dishes, Asim and Sid get into a altercation.

Mahira has a verbal tiff with Himanshi and the situation intensifies when Paras ends up fighting with Asim.

The two have a big showdown and though Mahira tires to stop Paras, he doesn’t listen and keeps taunting Asim for being a 'normal guy' and using 'non-expensive things'.

Before heading to bed, Sid tells Paras not to get into such petty fights. 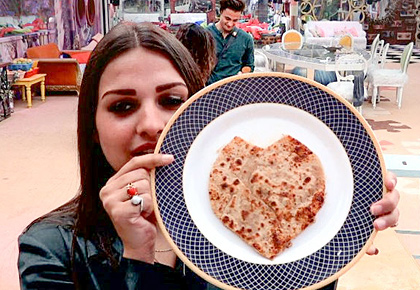 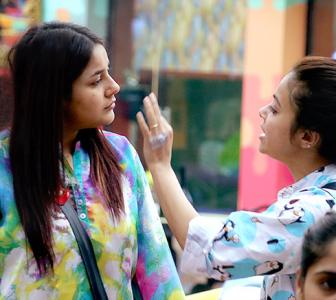 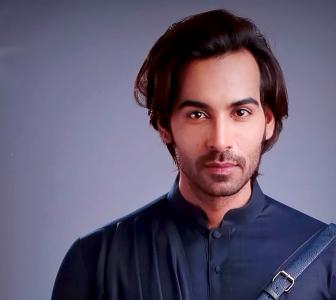 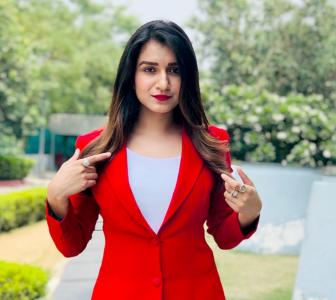 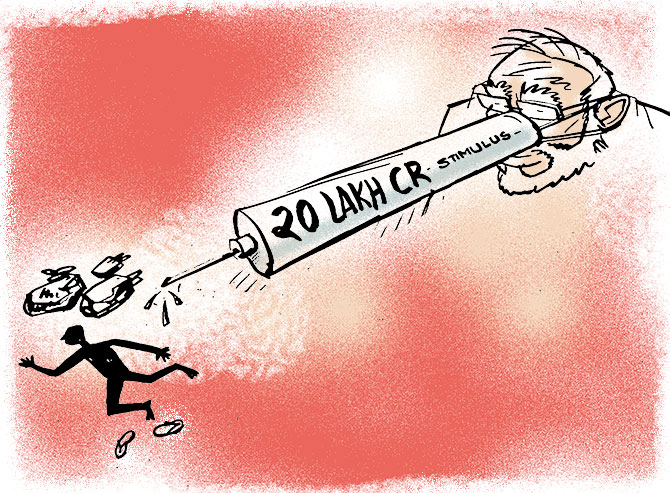 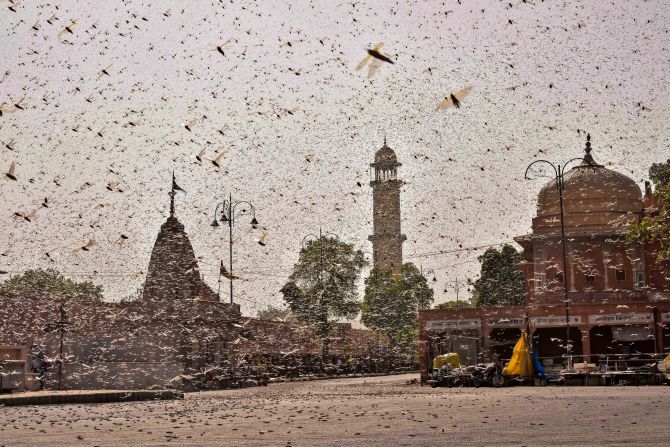 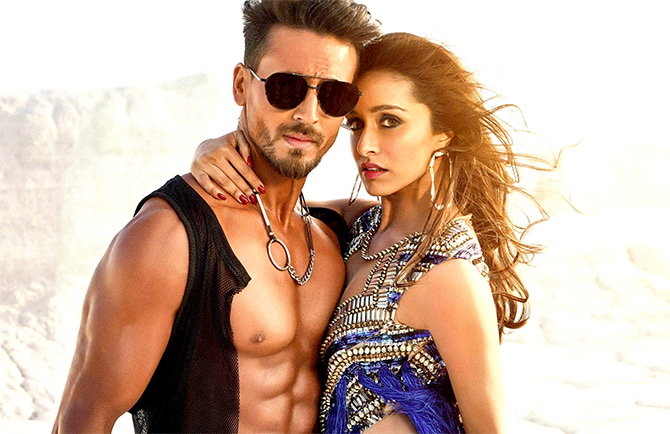 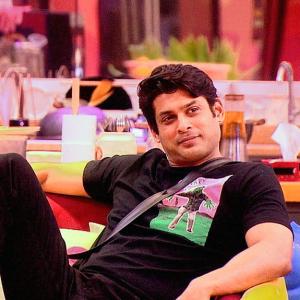 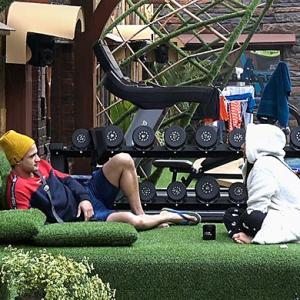