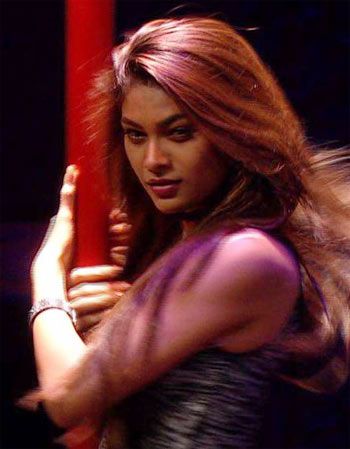 Which team will win the task and secure their positions this week, Divya Nair wonders.

Every time Bani and Gaurav try to do something creative, they do a fine job of putting people to sleep.

Bani can't act to save her life and Gaurav can't get rid of his plastic expressions.

Manu and Manveer complement each other so well that they don't need anyone else's company.

Manu was seen giving Manveer and Mona gyaan why he doesn't fear nominations. And that confidence, he said, was the secret to surviving evictions.

A bored Swami Om was caught sleeping during the day and as is the rule, the alarm went off to wake him up.

Everyone guessed it was Bluffmaster Baba because except for him, everyone else was busy doing something.

But, as usual, Baba bluffed his way out of trouble, saying his eyes were closed only because he was saying his prayers. 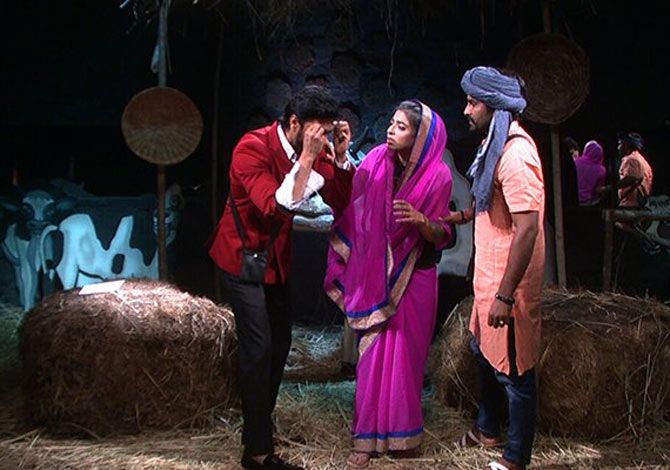 For the task, the housemates were divided into two teams, led by Lopa and Bani.

Each team had to create videos that would go viral in the setting provided by Bigg Boss.

And the videos would be judged by Sunny Leone, who said it was the fifth anniversary of her debut on the show, which really paved her way to a career in Bollywood.

The team that loses the task will directly be nominated this week.

The first setting was suhaag raat, featuring a bed adorned with flowers.

Both teams apparently got so worked up in their execution that Bigg Boss ruled both videos unfit for national viewing.

Good decision! You don't want television's Big Bro coming after you and yanking the channel off the air.

Next was the tabela setting which Bani's team, including Gaurav and Manveer, won.

Lopa's team, featuring her in a steamy pole dance, along with Manu and Rohan won the bar setting task, equalling the scores.

Neither video in my view were viral worthy.

When Lopa was busy doing her pole dance number, Bani tries to tell Mona that she should have danced.

Mona doesn't take the bait, reasoning half-heartedly that Lopa was the better choice since she has a better body.

Lopa may have a leaner bod, but Mona would have notched it up with her sensuous moves.

Throughout the episode, Mona looked gloomy. She didn't warm up to Manveer or Manu despite them trying.

Apparently, it was her birthday and towards the end of the day, the housemates led by Manu and Manveer surprise her by wishing her and making it special. Now, isn't that cute?

Who will impress Sunny tonight? Who will win the task and not be nominated this week?