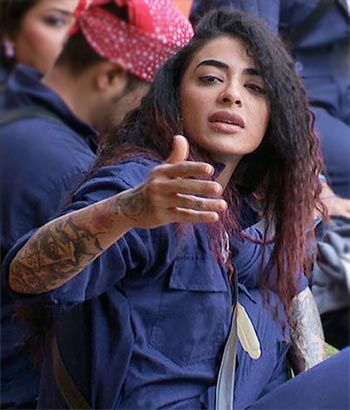 Since Day One, there has been no peace in the Bigg Boss 10 house.

All this while, it was Manu and Manveer leading the Indiawaale team to battle. But now they have found a new gang member, their gossip partner Navin.

The 'shaanth samundar' has finally erupted like a volcano and he seems unstoppable.

Imitating Rohan, who never fails to annoy people with his air guitar jig, isn't going to help you be in the limelight, Navin.

Though for starters, it was a good try to get featured in the category of 'peace breakers of the house.'

Most importantly, Rohan needs to STOP INSTIGATING others.

Dude, if you think people aren't listening to you, try ignoring them and they might just give you the attention you crave for.

Even the audience will!

Surprisingly, celebrities like Gaurav, Bani, Mona and Lopa don't bother to stop Rohan from getting into a fight.

Only Rahul and sometimes his onscreen father Karan, come to Rohan's rescue.

It's the 10th episode and sadly the celebrities still look so plastic.

The contestants neither make an effort to win tasks nor are they interested in retaining their maalik status.

Guys, if you thought competing with Indiawaales would be easy, you were highly mistaken!

If you want to win, let go off the log kya kahenge thought.

Remember those who watch Bigg Boss are eager to know how you are as a person and there is no better platform than this to impress your fans.

BTW, we got just got our Mr Delicate in the house. Who am I talking about?

The basic format of Bigg Boss is that everybody has to take part in tasks and do the household chores.

We know half of you guys have never done the things you do in the Bigg Boss house, but if you weren't ready to work, you shouldn't have come on the show in the first place.

In Wednesday's episode, when Swamiji says 'Mujhey sevak banna accha nahi lagta,' did he mean his fellow contestants really enjoyed being one?

Swamiji, if you don't want to be a sevak, start helping your teammates in winning tasks instead of giving gyan and vishesh tippani all the time! 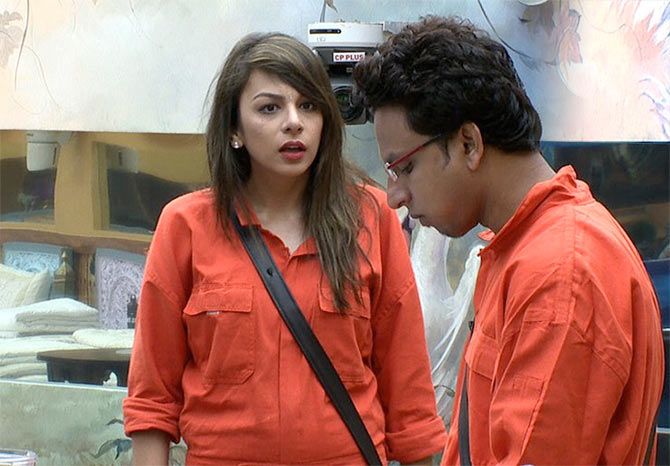 On the other hand, Nitibha has been very impressive this week.

All thanks to Bigg Boss 10 expert Kamya Punjabi!

That little pep talk has made this girl come out of her shell and stand up for her rights. Good going chori!

Meanwhile, we get a glimpse of the Roadieswali Bani in action when Navin pours water in the celebrity's laundry box, which has their set of approved clothes for the BB task.

In retaliation, she pours water in Indiawaales laundry box, and then splashes Lokesh and Akanksha.

This makes me expect a lot of drama from Bani in coming days.