BIG Releases COMING UP in APRIL

After more than two years, it seems the world -- and Bollywood -- is returning to normal again.

As many as six major films are set to arrive in theatres even as OTT continues to thrill us with new content.

Attack - Part I
Where to watch: Theatres
Release date: April 1 The month starts with John Abraham's sci-fi movie that has been mounted on a lavish scale with a lot of VFX and CGI.

John promises a lot of action in the film directed by Lakshya Raj Anand. Pravin Tambe made his debut as a professional cricketer at age 41, and Kaun Pravin Tambe? is a sports drama with Shreyas Talpade playing the title role.

The actor returns as a cricketer after his hugely successful debut film, Iqbal.

This film should make for a good family watch. After Ludo, The Big Bull and Bob Biswas, Abhishek Bachchan is premiering films on OTT at a rapid pace.

Dasvi is a lighthearted drama where Abhishek plays a chief minister-turned-jailbird, who wants to give his Class 10 exams from jail. One of the biggest films to release in April is K.G.F. - Chapter 2.

The first part was a surprise blockbuster. The sequel is even bigger in terms of scale.

Sanjay Dutt and Raveena Tandon join the cast to give it a pan-India appeal. The Shahid Kapoor starrer is a sweet tale of father-son bonding.

The Telugu original was a smash hit, and Shahid and leading lady Mrunal Thakur hope for a repeat. 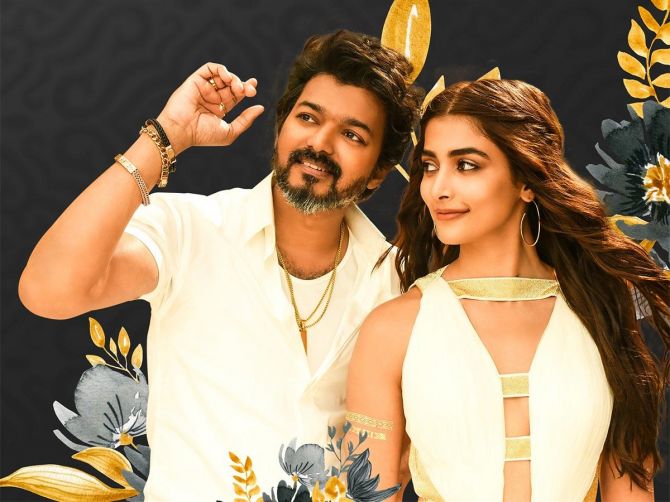 Nothing has been revealed about this film yet except that it's an action movie.

The Hindi version of Master was a commercial disaster. On the other hand, S S Rajamouli's RRR (in Hindi) is a superhit.

One waits to see what strategy the makers of Beast adopt to reach out to audiences. Mai, spearheaded by Sakshi Tanwar, tells the story of a mother who goes all out to find justice for her murdered daughter, even if it means taking on corporate bigwigs, the cops, the underworld and her own family.

With Vivek Mushran, Raima Sen and Prashant Narayanan among the cast, Mai is a dramatic thriller with an element of surprise. Tiger Shroff made his sensational debut in Sajid Nadiadwala's Heropanti.

Tara Sutaria is the leading lady in this popcorn affair which has action, music, humour and thrills in equal measure. Nawazuddin Siddiqui returns as the villain, Laila.

The drama spearheaded by Ajay Devgn and Amitabh Bachchan is based on real life events around the emergency landing of an airplane that led to an inquiry against the pilot.

Devgn directs the film. Bachchan returns in a suave and stylish avatar.