'We have indeed lost a legend'

'Bhupinderji was an amazing singer, a unique voice which had romance and nostalgia.'
'It was soothing, caressing, sentimental, soulful, all rolled into one.' Bhupinder Singh, the singer known for classics like Naam Gum Jayega and Dil Dhoondta Hai, passed into the ages on Monday, July 18. He was 82.

Tributes poured in for the incomparable singer:

Shabana Azmi: He was very patient and kind

Bhupinder had a unique voice.

The first time I heard him sing was in Chetan Anand's Haqeeqat.

The song Hoke Majboor Mujhe Ussne Bhulaya Hoga, which was picturised on him, was written by my father Kaifi Azmi and set to music by Madan Mohan.

I remember another song written by my father, Rut Jawan Jawan Raat Mehrban.

His voice and face were a class apart.

Many years later, I sang a duet with Bhupinder in Muzaffar Ali's Anjuman.

I was nervous and terrified as I have never trained as a singer. But he was very patient and kind.

I am sorry for his passing away and offer my heartfelt condolences to his wife Mitali. Lalit Pandit: We have indeed lost a legend

This is such sad and shocking news!

Bhupiji, as we called him, was a very close family friend.

He has sung the beautiful duet Boliye Sureeli Boliyan with my sister Sulakshana Pandit in Basu Bhattacharya's Grihapravesh.

He would address her as Munni, Sulakshanadidi's pet name at home.

He had also sung for me in my very first film, Yaara Dildara. It was the song Hamare Papa Aur Hum, along with Amit Kumar.

He was a wonderful singer and one of the greatest guitarists, who did many solo acoustic guitar pieces in R D Burman's immortal songs like Chingari Koi Bhadke and Phoolon Ka Taron Ka.

One of Bhupinderji's most unforgettable songs, composed by Madan Mohanji, was a duet with Lata Mangeshkar, was Dil Dhoondhta Hai in Mausam.

We have indeed lost a legend.

I was a fan of Bhupiji as a guitarist. He had agreed to tutor me during the time he was singing my song for Yaara Dildara.

He had a unique Punjabi tone in his voice. Later, he composed ghazals and sang them.

He leaves behind a legacy of songs, some of which will remain timeless. Hariharan: He smiled from the heart

Bhupinderji was an amazing singer, a unique voice which had romance and nostalgia.

It was soothing, caressing, sentimental, soulful, all rolled into one.

He has sung some of the most classic songs of yesteryears/

He was great composer of Kabir bhajans and ghazals.

A smile so warm, he smiled from the heart. 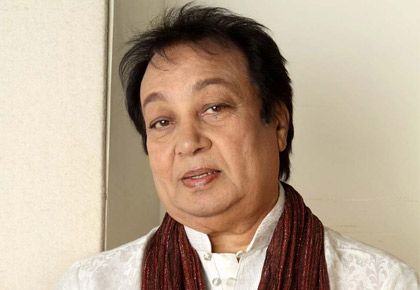 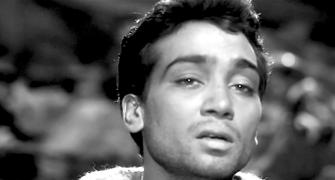 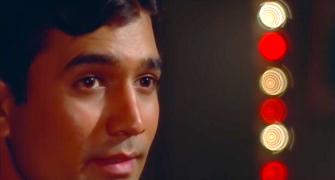 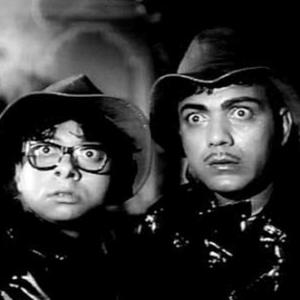