He was only 13 when he joined acting to financially support his family but now that the wheels of fortune have turned in his favour, Christian Bale believes he owes it to himself and his audience to "choose interestingly".

Considered one of the finest contemporary actors of his generation, Bale has an enviable filmography that boasts of the mega-successful Batman trilogy besides critically acclaimed performances in The Prestige, The Machinist, American Psycho, American Hustle and The Fighter, for which he won an Oscar for Best Supporting Actor.

His turn as former US vice-president Dick Cheney in The Vice is already being seen as an award season favourite. The 44-year-old actor, who was in India to promote Netflix's Mowgli: Legend of the Jungle, said he did not always have the power to choose in his career.

"I have been fortunate enough now, but it hasn't always been the case. In fact, I started acting because my family needed the money. It was the only way we could support ourselves. So, we did not have that option," Bale told PTI in an interview.

"But then I found myself to be incredibly fortunate and there is a great deal of luck involved in that where I'm able to choose right now. It might change in the future. But since I am able to choose, I owe it to myself and to the audience to try to choose interestingly and as well as possible," he added. 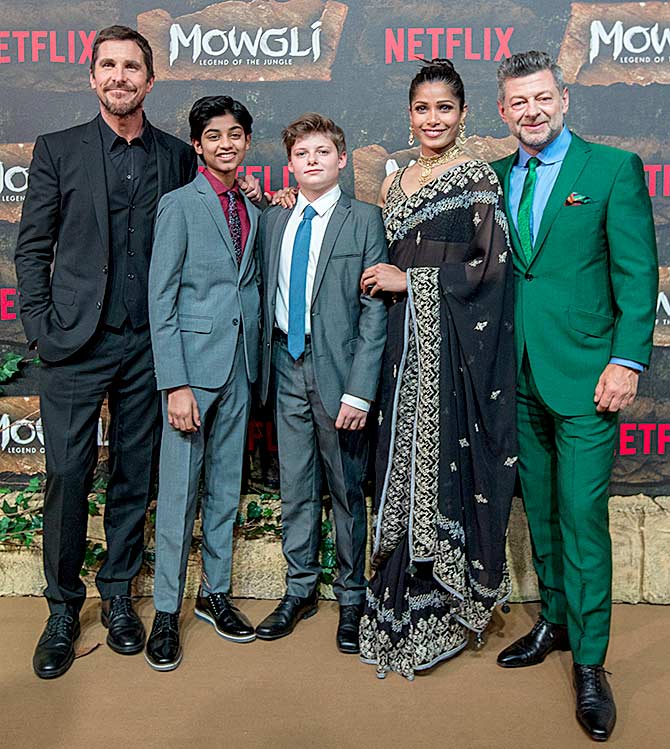 Directed by Andy Serkis, who is considered the expert in performance capture technology, Mowgli features Bale in the role of Bagheera, the brother-mentor panther to man-cub, played by Rohan Chand.

It is also an accidental debut for the actor on the streaming platform as the film was earlier supposed to be released theatrically by Warner Bros who sold the project to Netflix.

But Bale does not concern himself about how a story is presented.

"What this new platform does allow, in conversations I had with directors, is that sometimes you have to cherry-pick so much to fit the story into two hours that it does seem like there is a liberation now in being able to tell film quality stories of maybe six hours," he said.

"The nerd in me adores that because you get to explore a character so much more, provided obviously, the director can keep that entertaining," he added.

The film also gave Bale a chance to be a part of the performance capture technology.

"It is new for me. I knew that Andy is a master at it so he would guide me through it. I think it's got incredible potential and I'm intrigued to see how it progresses and what more can be done with it. But it was really enjoyable," he said.

Mowgli will stream on Netflix from December 7.

The actor also visited places in India he had wanted to, like the Chand baoli stepwell in Rajasthan that featured in Christopher Nolan's The Dark Knight Rises.

Bale said he had only managed to scratch the surface of the country but hopes to return in future.

"We had an absolutely eye-opening time here. I brought my family and we spent the last four days going from New Delhi, Agra, Jaipur, the whole golden triangle. We visited the stepwell that inspired Christopher Nolan to include those scenes in The Dark Night Rises. But obviously, it's just scratching the surface."

"It's a fascinating country. We had a wonderful time here. I loved the food, I mean I grew up eating Indian food. My family will be returning," he said. 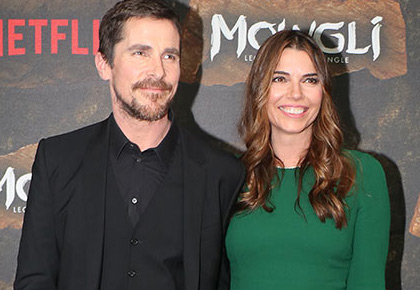