'He loved reality in all his films.'
'He would say films are made for the common man and they should feel the realness while watching it.' Basu Chatterjee's passing is a personal loss for actress Moushmi Chatterjee who recalls his habit of bringing fresh rajnigandha flowers for her whenever they would meet.

So it isn't a coincidence that the director, who breathed his last on June 4, made a film titled Rajinigandha, a cinematic gem that along with other Chatterjee movies were about the Indian middle class.

"He was like family to me. I would miss him dearly. He would come to my house often, not just to offer me films, but to just meet and talk about life and cinema," remembers Moushmi.

She first collaborated with him for 1974's Us Paar. The director and actress followed it up with Do Ladke Dono Kadke alongside Amol Palekar and Asrani, and Manzil, opposite Amitabh Bachchan.

Manzil, a rich girl-poor boy story, set against the backdrop of Mumbai, is remembered for its monsoon song Rim Jhim Gire Saawan.

"There was something sweet about his films. It was my fortune that I got to work with him in so many films," says Moushmi. "I loved all his films and TV shows and I have seen all of it. He gave me so much in life." 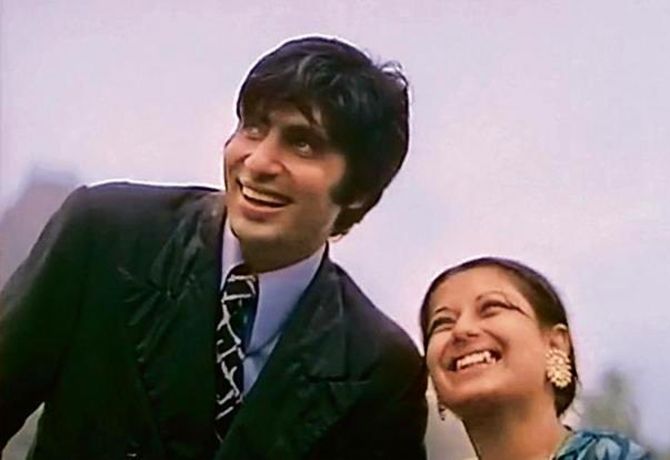 Moushmi would like to remember Basuda for his outstanding work and as someone who had a simple and humble approach towards life.

"We have lost a genius. But he will stay alive with his creations. He was a very humble person, had no airs, he would wear simple clothes, he achieved so much success but he never looked for publicity, like other directors did," remembers Moushmi.

"He was a cool person, he never showed arrogance."

Sharing the story of how they shot the evergreen Rimjhim Gire Saawan from Manzil, Moushmi remembered the director always believed in capturing real emotions on the celluloid.

"I remember while we were shooting Rimjhim Gire Saawan, it was raining in Mumbai. Basuda wanted us to shoot it in the rain because he wanted the song to look natural. He kept a car parked for us once the shot was over," Moushmi recalls.

"We would go running and sit inside the car, till the call for the next shot came. The sari that was given to me, the colour was coming off and my eyeliner was running due to the rain. But he managed things so beautifully, he was so much at ease."

The lyrics of the song were penned by Yogesh Gaur, who passed away last week. 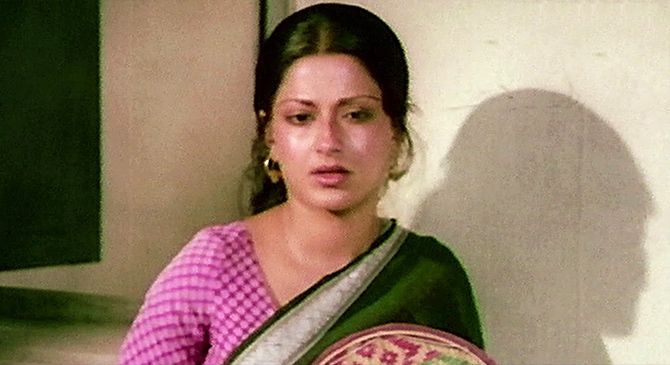 While shooting for Do Ladke Dono Kadke, Moushmi remembers that Basuda asked her to not wear make-up as he wanted her to look real.

"Do Ladke Dono Kadke was a very funny film. He told me not to touch make-up. He wanted me to look as real as possible. Generally, he believed in making things look natural and authentic, he loved reality in all his films. He would say films are made for the common man and they should feel the realness while watching it," she adds.

During the shooting of Us Paar, she was seven months pregnant and Basuda took care of her on the sets.

Moushmi collaborated with Basuda on a film in 2006, which she believes is unreleased.

"It wasn't titled, we had completed almost 85 to 90 percent of the shoot," she says. "It was a story about the reality of life."

"He would bite a handkerchief when he would be worried or tensed and when I would ask him why are you doing this, he would feign ignorance and say, 'Nothing, just like that'," Moushmi recalls." "His story was often so simple that I would wonder how the film will be made. He knows how to inspire the music director and lyricist," Roshan tells PTI.

"I miss his type of films and direction. I am feeling very sad about his death," he adds.

Basuda was a true genius when it came to picturisation of songs in his movies, Roshi recalls.

"Take any song of his films. There was no great camera angle, but the expression of the artiste and direction would gel with the song. The song would rather complement the direction," the composer explains.

Basuda the composer said, gave him liberty as a music director and never questioned his creativity.

"He never cribbed about anything. He never interfered with anyone's work. He never deprived me as a music director of big singers or having more musicians. He had trust in his artistes." 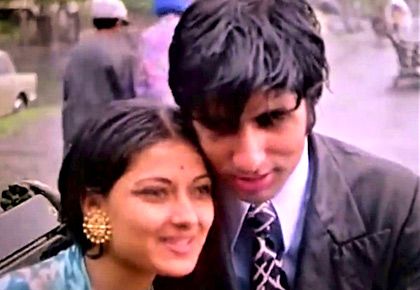 Komal Panchamatia
© Copyright 2021 PTI. All rights reserved. Republication or redistribution of PTI content, including by framing or similar means, is expressly prohibited without the prior written consent.