A glossy presentation of a confounding narrative, notes Moumita Bhattacharjee. 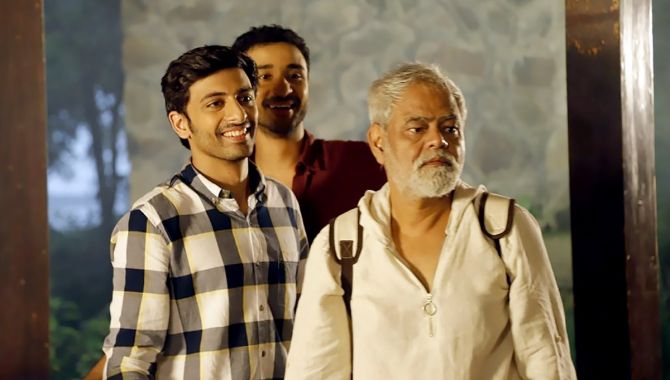 The trailer of Bahut Hua Samman made everyone laugh.

It also made people believe that we are about to enjoy two hours and five minutes of fun and laughter.

But when it hit Disney+ Hotstar, it lived up to nothing.

Apart from little chuckles and some guffaws, this movie is nothing but a glossily made PPT presentation. On what?

I think it's a heist comedy.

It's a satirical comedy.

It talks about saving democracy too. A rebellious comedy then?

I will leave that to the director or whoever wants to watch this movie.&

The biggest challenge this movie will face is while it will get the clicks, it will be tough to retain people's interest.

Heist comedy, the genre it begins with, has hardly been attempted in India. That gives it an edge.

To a certain extent, writers Avinash Singh and Vijay Narayan Verma do give you smile-worthy moments. But potty jokes in 2020? Seriously?!

Bony (Raghav Juyal) and Fundoo (Abhishek Chauhan) are the low-scoring engineers whose future is a point of no-discussion for their college's dean.

While they steal stuff to make money, the fact that they might not get any offers during campus placements really bothers them.

One night while discussing their woes, they come across Bakchod Baba (Sanjay Mishra).

The latter suggests they should rather rob the bank on the campus.

Initially hesitant, the boys decide this could be their redemption.

The three of them devise a plan but everything goes bust and the boys get arrested.

But have they really robbed the bank?

The writers and Director Ashish R Shukla include so many things that it loses the essence of the movie -- comedy.

The biggest asset of this movie is the presentation and the background score.

The visual effects guys have done a splendid job in adding panache to the story which, in fact, helps in keeping you interested in the proceedings.

I am a fan of Manan Munjal, the person who scored the background music. Meshing together the sounds from the '70s to the '90s, that we have heard in Hindi movies, provides the right tempo to the movie.

Unfortunately, the director cannot match up.

Many times, when the tempo hits the peak, the visuals are a bummer.

The writers try to include a commentary on how to save democracy by asking the youth to continue asking questions.

How that ends up in a heist comedy will end up as a rhetorical question.

Sanjay Mishra is brilliant as usual and so is Ram Kapoor, even when his character has no arc.

Bhupesh Kumar Singh and Sharat Sonu are the best ones of the lot.

Raghav Juyal's comic timing is bang on. He is a natural and his talent should be explored more. 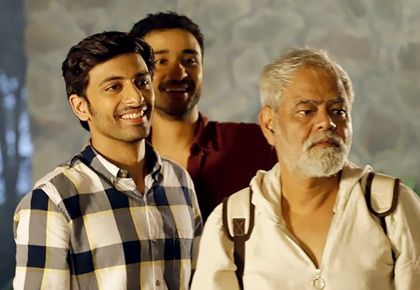