All the fashion and winners' news from the recently concluded awards show, right here!

The Grand Budapest Hotel and Birdman swept the British Academy of Film and Arts (BAFTA) awards, held at the Royal Opera House in London on February 8.

Here's all the winners and newsmakers from the big night. 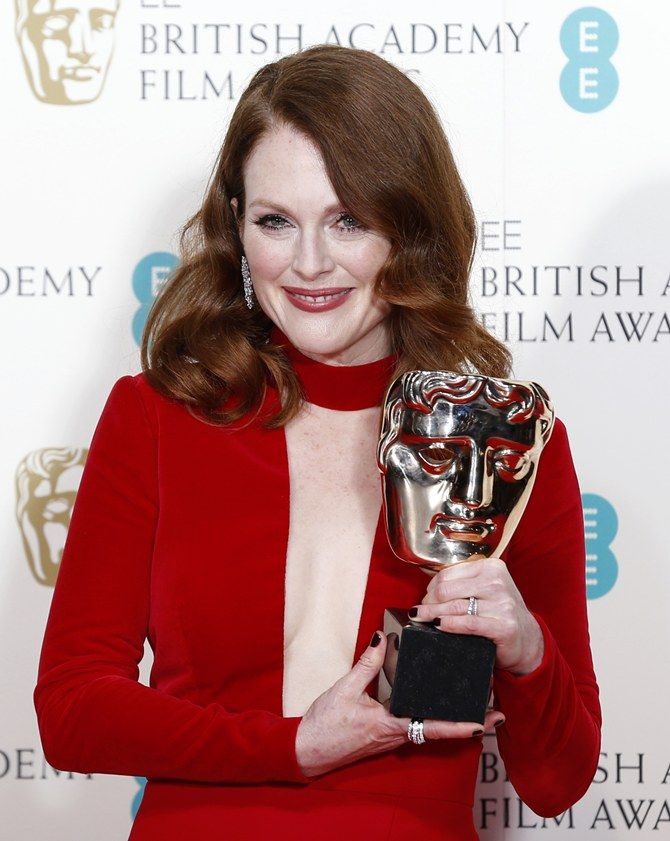 Actress Julianne Moore, who received the Best Actress honour for her role in Still Alice from British actor Ralph Fiennes, took the plunge in a racy red number.

She paired her BAFTA gown with black platform heels.

Talk about a winning look! 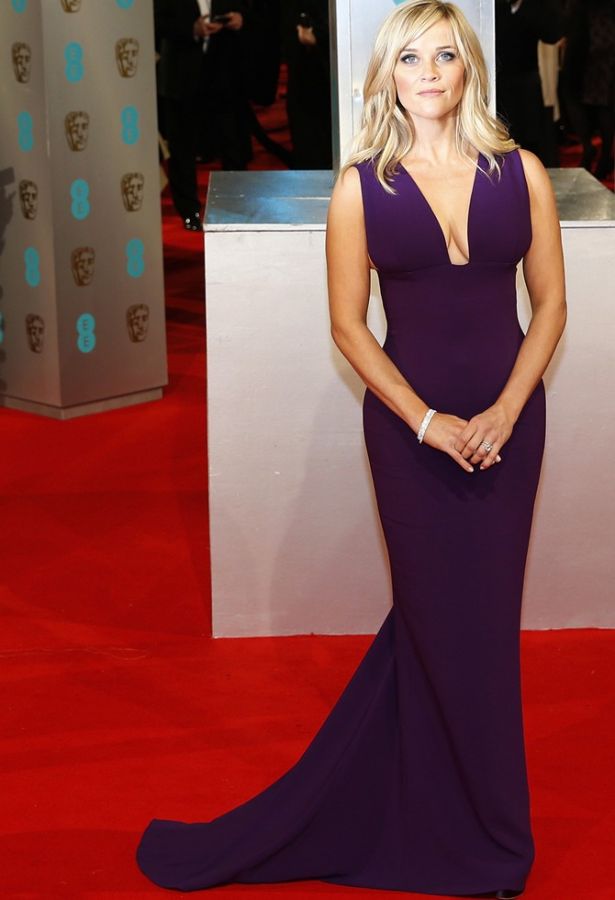 Also going the racy neckline route was Wild actress Reese Witherspoon, who was nominated in the same category as Moore.

She added some much needed colour to the do in a stunning Stella McCartney gown. 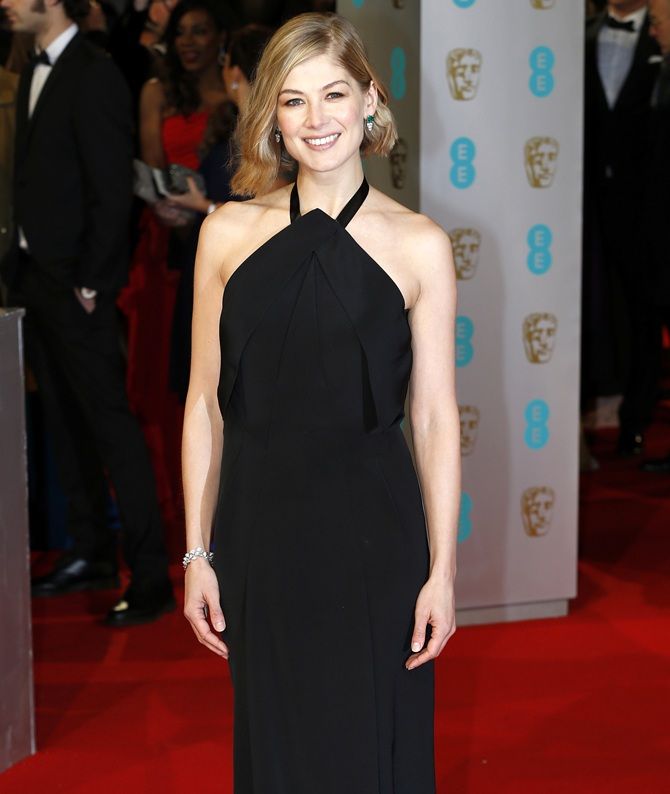 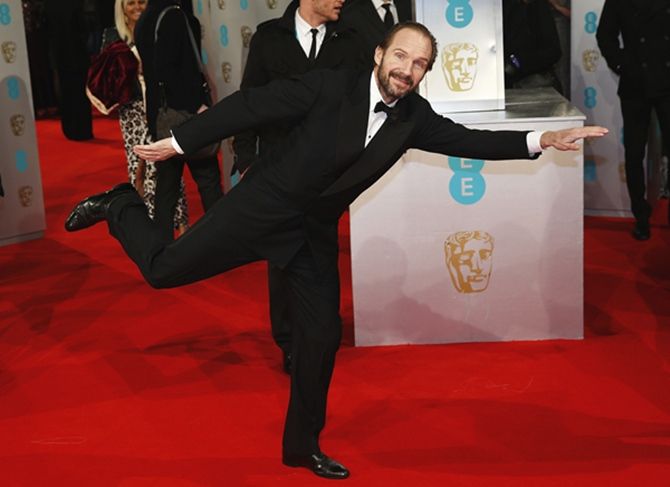 The Wes Anderson film, nominated in a whopping 11 categories, emerged the big winner with five awards, including one for Anderson in Original Screenplay. 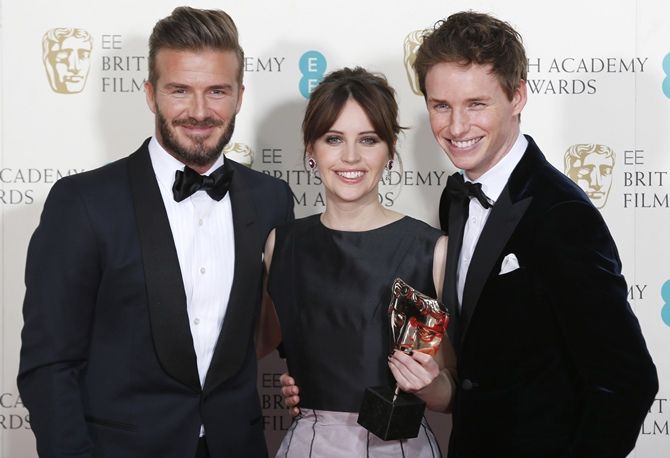 The theory of Everything lead stars Felicity Jones and Eddie Redmayne pose for pictures with David Beckham.

While Redmayne, who described the awards show as 'the best night of my life,' received the top acting award, the film also won in the Adapted Screenplay and Outstanding British Film categories. 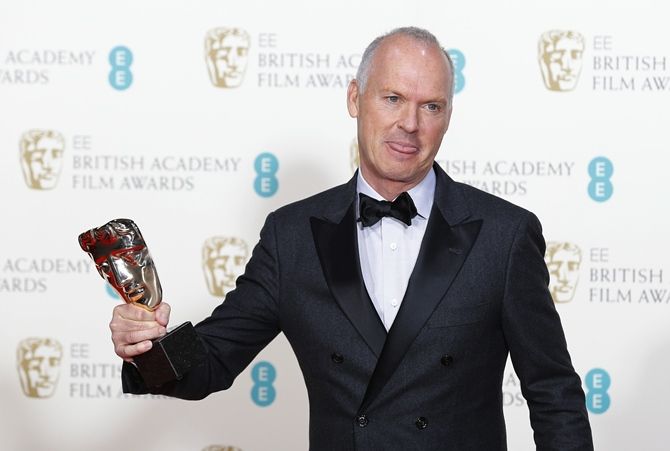 Birdman leading man Michael Keaton accepted the award for best cinematography on behalf of Emmanuel Lubezki for the film. 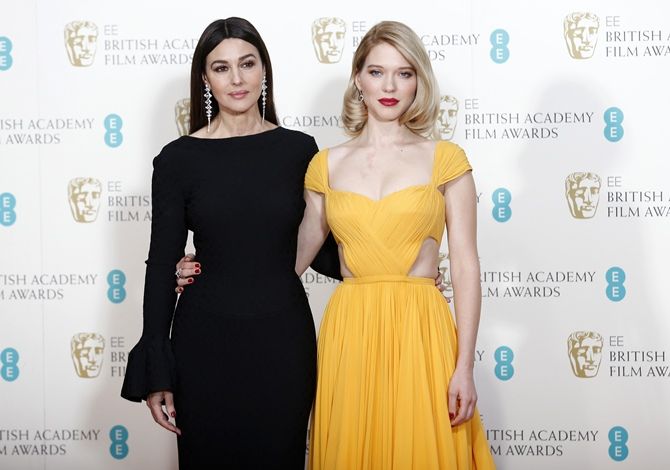 Actress Monica Bellucci and Lea Seydoux pose for pictures in their stunning gowns.

While former Bond girl Bellucci grabbed eyeballs with her figure hugging number, Seydoux was a stunner in her cutout gown. 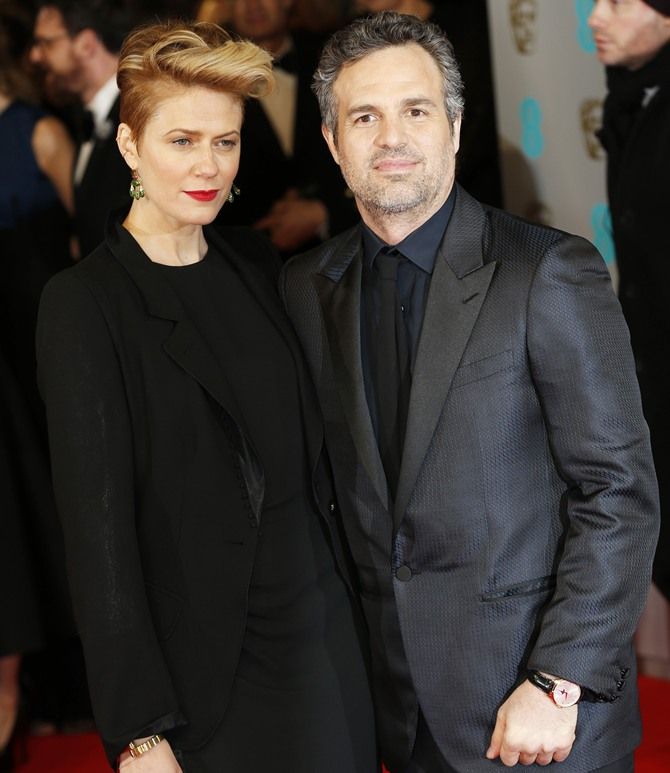 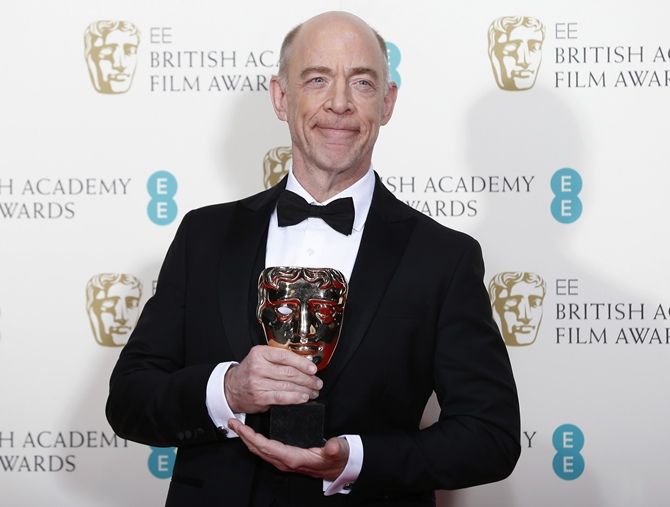 Simmons stands proud with his winning nod for Whiplash. 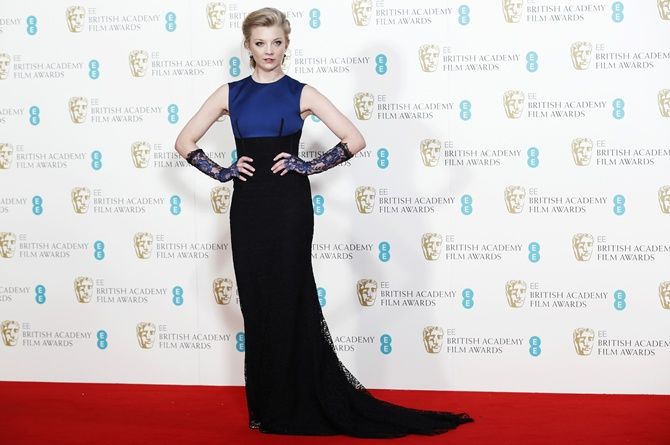 Game of Thrones actress Natalie Dormer poses in her two-tone gown on the red carpet. 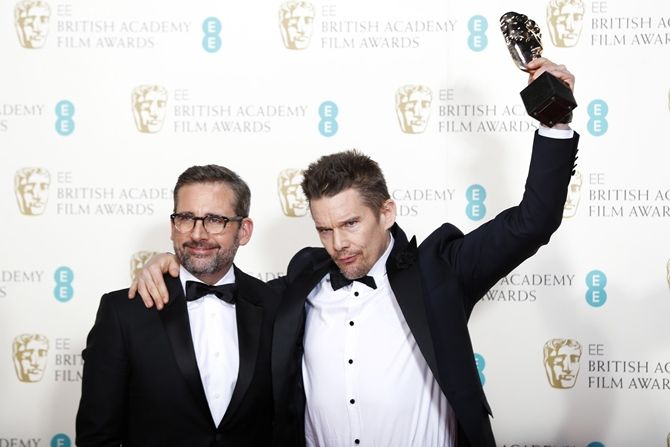 Ethan Hawke (right) hugs Foxcatcher actor Steve Carrell after he presented him with the award for best director which he accepted on behalf of Richard Linklater for Boyhood. 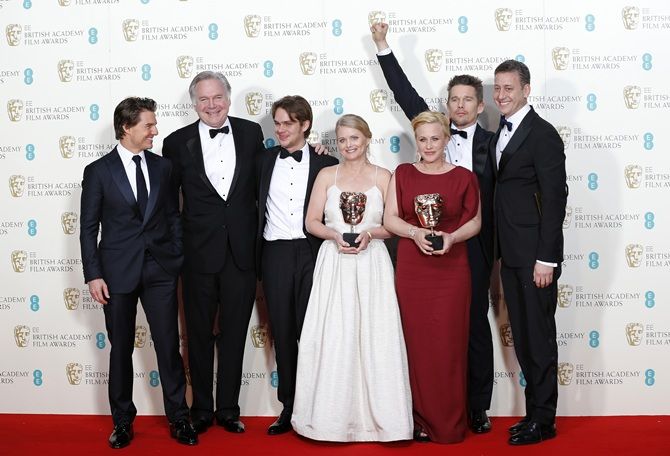 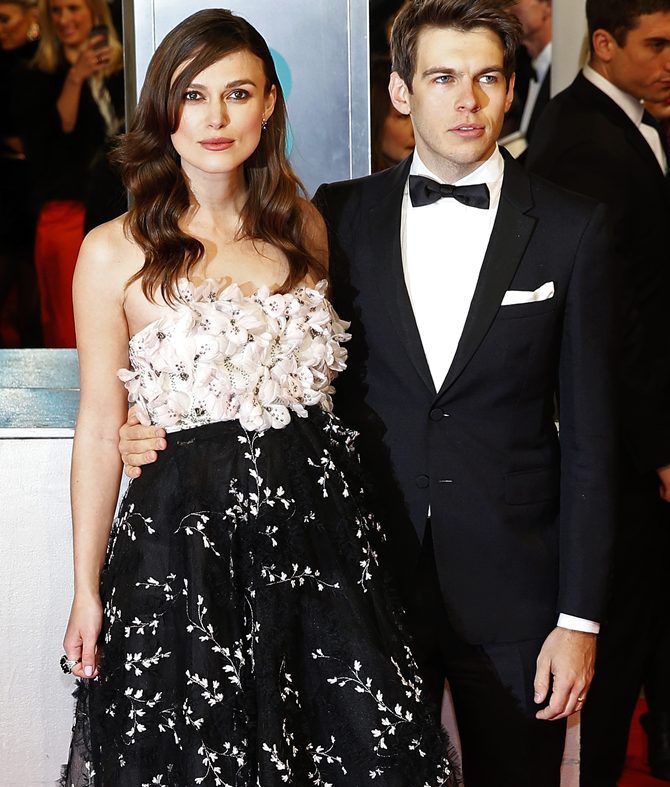 Big Eyes star Amy Adams may have lost out in the Best Actress category, but her red carpet look was a big winner. 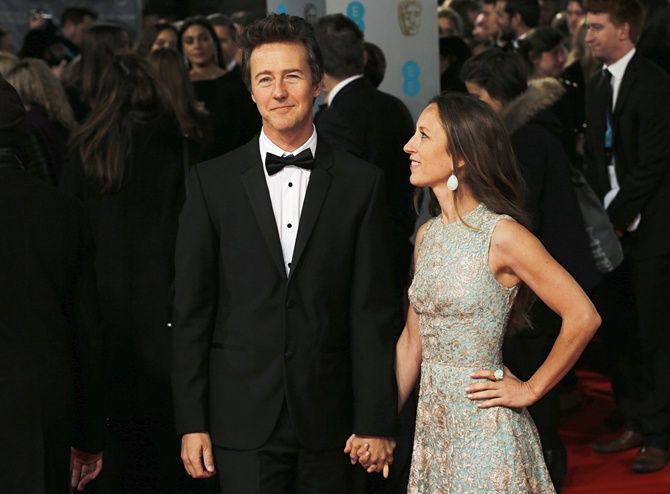 Birdman actor Edward Norton, who was nominated in the Best Supporting Actor category, was accompanied by wife Shauna Robertson.