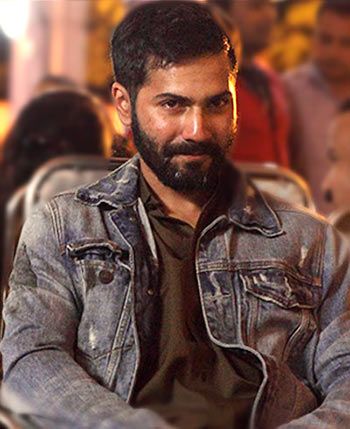 'The public has appreciated Badlapur and a black marketeer was trying to sell me a ticket the other day!' Director Sriram Raghavan tells Patcy N/ Rediff.com

"Badlapur is my first film that is making money. My other films are liked by people who watch them on DVD!” director Sriram Raghavan exclaims.

Raghavan is basking in the rave reviews that his latest film has won.

In this interview with Patcy N/ Rediff.com, he discusses the finer points of his film.

Spoiler Alert! The interview reveals details from the film’s plot.

What kind of compliments are you getting from people in the industry?

Overall, a very positive response. Vidhu Vinod Chopra, Vishal Bhardwaj and a lot of filmmakers have called me up and praised the movie.

Vinod Chopra put me and Varun (Dhawan, in the picture) on conference call and started chatting. We have got a terrific response.

The public has appreciated it and a black marketeer was trying to sell me a ticket the other day!

I told him I had made the film and he asked me, 'Aap director hain? Bahut fantastic film banaee hain. We see the film first so we know how much to invest in it.'

Did you think of an alternative ending for the film?

There were a couple of endings we had in mind.

One was where Raghu (Varun Dhawan) gives the stolen money to charity and leaves the city and uses Liak (Nawazuddin Siddiqui)’s passport. I was not happy with that so we didn’t shoot it.

There was another ending where he takes Liak’s passport which does not have any picture, adds his own picture and takes a new name.

A third ending was when he leaves the bag of stolen money at the airport and gets his passport stamped at the immigration counter. Then we show the plane in the air, showing he left the country.

The bomb squad comes to check the unattended bag at the airport and the movie ends there.

This ending would have looked great on the big screen but it would not have made you think.

In another ending, Raghu tries to kill the corrupt investigating cop. I didn’t find logic in that so I rejected that too.

So we decided to keep an open ending and let people decide what Raghu does in the end. It becomes more powerful then.

What difficulties did you face while shooting?

I was not worried about Varun’s performance or the technical aspects. I was worried about the scenes of violence and sex in the movie.

How do we shoot it right without being crude?

(Cinematographer) Anil Mehta and I discussed it. He shot the sex scenes so well that it doesn’t look like it was shot for titillation. 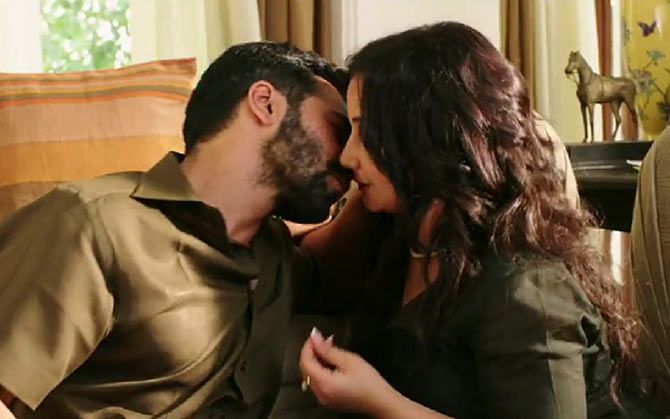 Raghu commits a lot of rapes after his wife Misha is killed. What was the thought behind that?

Normally, a Hindi film hero doesn’t do anything like this. But Varun’s character is consumed by hate when he is raping Jhimli (the character played by) Huma Qureshi.

We were worried how we would show it on the big screen and what and how much are we going to show.

Varun, Huma, my editor Pooja and I discussed it. After that we spoke separately to Varun and Huma.

We discussed with Varun what was going on in his character Raghu’s head.

Raghu has come for some information but Jhimli gives Raghu the impression that she is siding with Liak when she says, 'Liak did not kill your wife'.

She’s a prostitute, and tells him she charges by the hour. Raghu is grief-stricken but she starts dancing in front of him seductively.

I put a thought into Varun’s head: what if your character gets aroused? It can happen.

In the first take, we got some good shots because Huma’s reactions were real. She didn’t know what was going to happen though she knew about the rape. I didn’t want it to look rehearsed.

My only tip to Varun was that the audience should wonder what you are going to do. Don’t spell it out, everything should be subtle, act through your eyes. 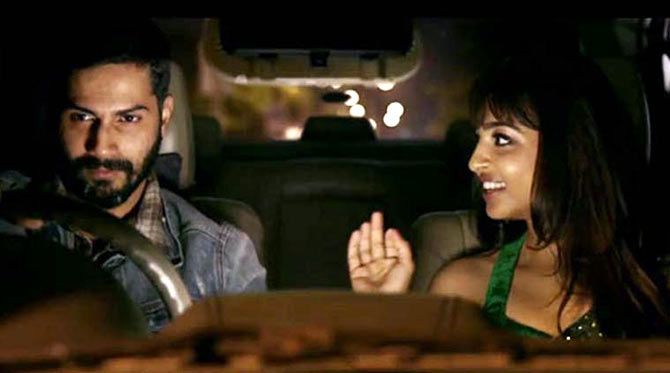 Nawazuddin Siddiqui is brilliant in the film. How did you get him to act like that?

I gave him the script but I don’t know whether he had the time to read it. Every time, before the scene, I would broadly tell him what we were going to do.

We didn’t give him dialogues as such; we just gave him a few lines as guidelines and he would say the dialogue his own way, improvising on it.

We gave Varun all the dialogues but we made him improvise in a few scenes, like when he imagines himself dancing with his dead wife. I was very happy with how he did that because I gave him no brief. 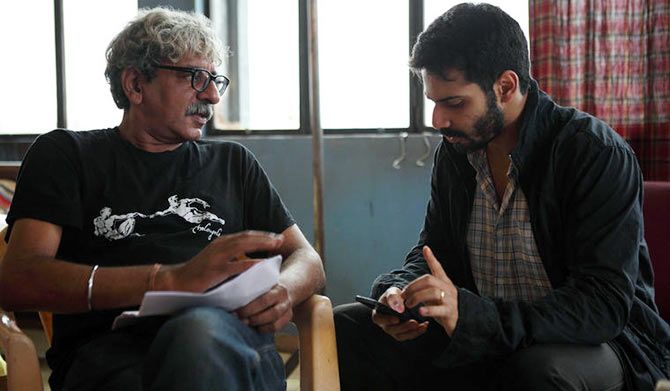 Image: Director Sriram Raghavan and Varun Dhawan on the sets of Badlapur

What last minute changes did you make to the script?

In one scene Liak walks out of prison and meets Jhimli and tells her he is dying of cancer.

We had decided that Jhimli would walk out of the house with Liak and when they are together at a resort, Liak would realise what a life he could have had if he not killed Misha (played by Yami Gautam).

But then we thought that was unnecessary and we changed it to Liak walking out of the house. Jhimli comes down to give him the money but she can’t go with him. At the same time, she breaks down and Liak knows that she is still in love with him.

Have you thought about a sequel?

No, I don’t think there should be a sequel to this movie.

Will we see you doing a romantic film?

If I get a good script and it is not a thriller, I will do it.

Most Hindi films that are happening are not my type of films. I won’t be able to do that kind of film nor will I enjoy it. 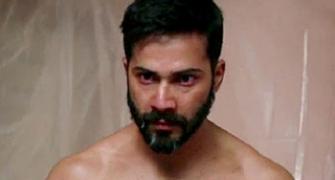 'I was bored laughing, so I did Badlapur' 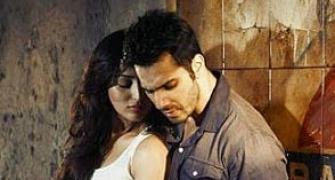 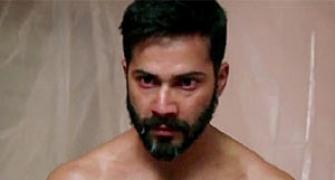 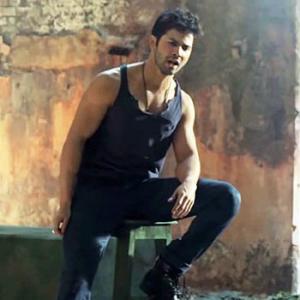 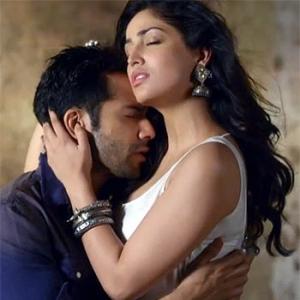 'I will recover my money on Badlapur over the weekend'