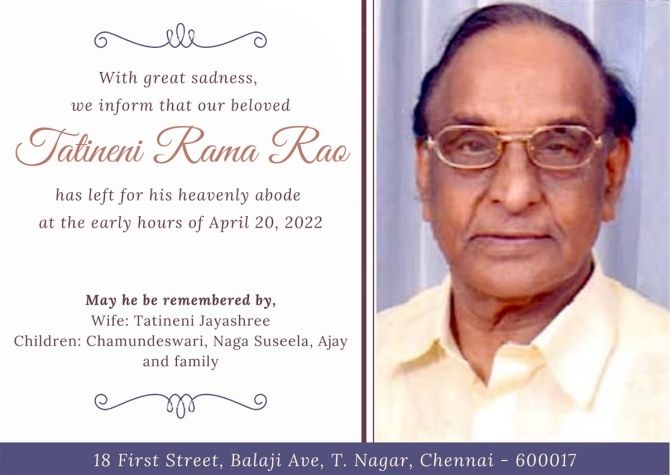 He began his career in Hindi cinema in 1980 with Judaai starring Jeetendra and Rekha.

Anupam Kher expressed grief over Rao's death in a tweet: 'Deeply saddened to know about the demise of veteran filmmaker & a dear friend Shri #TRamaRao ji. I had the privilege of working with him in #AakhriRaasta and #Sansaar!! He was compassionate, commanding & had a great sense of humour. My condolences to his family! Om Shanti!'