Spending some time on sets of this sports film was a fun experience, says Jahnavi Patel.

It's my first media junket and I'm very excited.

We are heading to Chandigarh to visit the sets of Shaad Ali's Soorma, based on former hockey player Sandeep Singh's life, and starring Diljit Dosanjh. 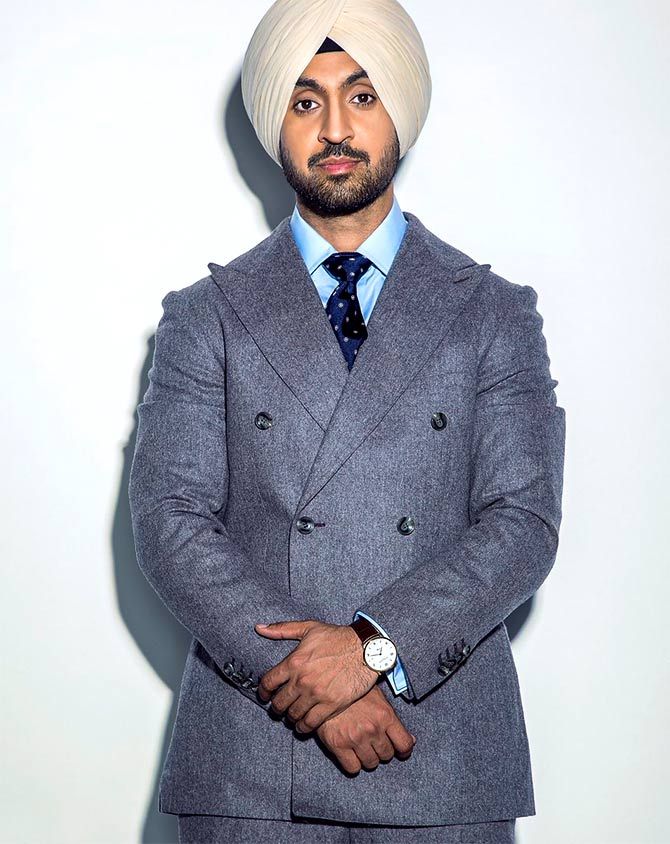 Soon after we land in Chandigarh -- where the weather, at 14 degrees, is quite a change from Mumbai where I live -- we head to the stadium where the shoot is on.

It's a large ground and we try to spot Diljit.

He's wearing the India jersey and preparing to shoot for a match sequence between India and Pakistan. After some time, the actors break for lunch.

Diljit greets us with a warm 'namaste', but can stay only for a few minutes because he gets just a 20-minute break for lunch.

After lunch, we head out again to watch the shooting.

But no, the shoot isn't covering the players on the field.

Instead, they are recording the reactions of the team and the coach, played by Vijay Raaz, when India scores a goal.

And guess what the coach did between shots? He'd make whichever crew member was free bowl and turn the hockey stick into a bat for a quick game of cricket. 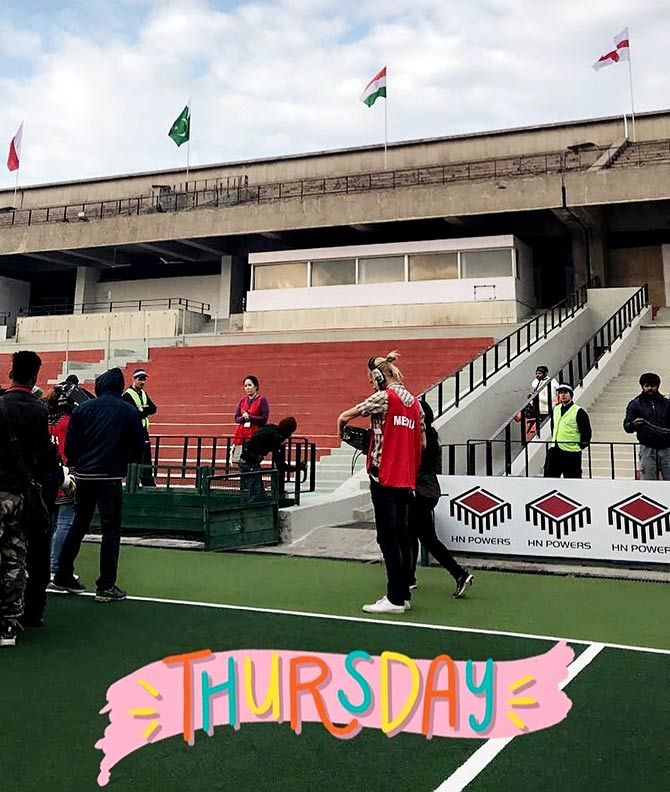 Shaad Ali tells us more about the scene: "There is this one segment in the film where he goes to Poland for a tournament. He emerges as the player of the tournament and the highest goal scorer."

"All the drama is over", Shaad adds. The shoot will wrap up in 10 days.

Diljit lets us in on his homework for the role. "I played hockey with paaji(Sandeep Singh) for 15, 20 days in Mumbai. He's always on the set, so kuch galat ho hi nahi sakta (I can't do anything wrong)."

Sandeep Singh declares he's a huge Diljit fan and has been following him since 2011; Diljit sends the love right back.

"His story is amazing!" the actor exclaims. "I doubt anyone else can do what he has done in his life. The entire game of hockey works on your back. You need to bend down and play."

"He got shot in his back, pata nahi ye banda kaisa khada ho gaya (I've no idea how he managed to stand again)," the actor wonders about rhe hockey star. "He is a soorma." 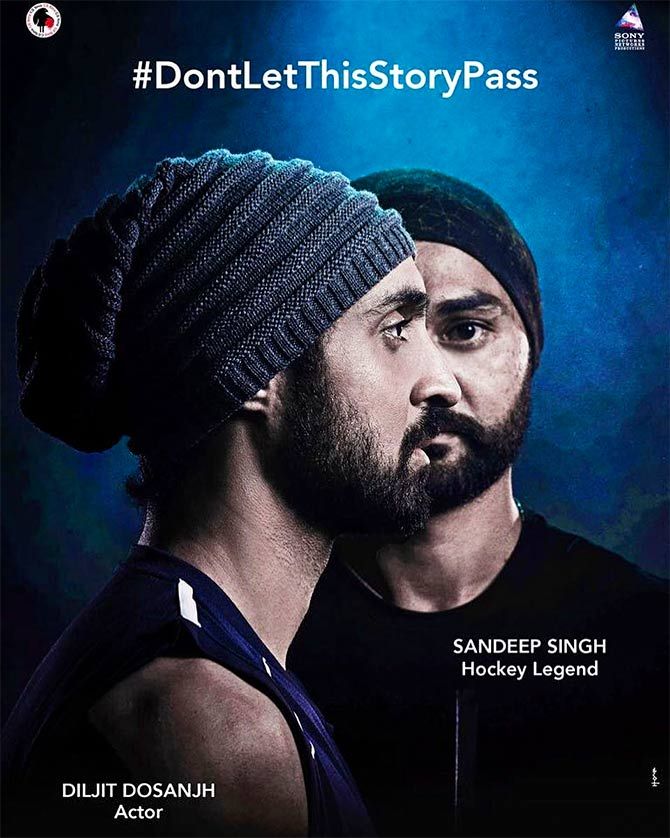 What does soorma mean?

"Soorma is someone who achieves the impossible. Normal se bahut upar hai soorma. Soorma sau mein ek hi ho sakta hai (They are miles ahead of normal people. Only one person in a hundred can be a soorma)," Diljit explains.

Bikramjeet Singh, Sandeep's brother, has a role in the film. He promises to bring us Samosas!

After the shoot, we head to the Hyatt Regency, where we are staying for the night.

The day turns into night quickly. By 6 pm, it's dark outside.

The city is slowing coming to a halt. Our hopes to eat out at a dhaba are dashed as we're told that, unlike in Mumbai, the dhabas here shut at 9 pm. 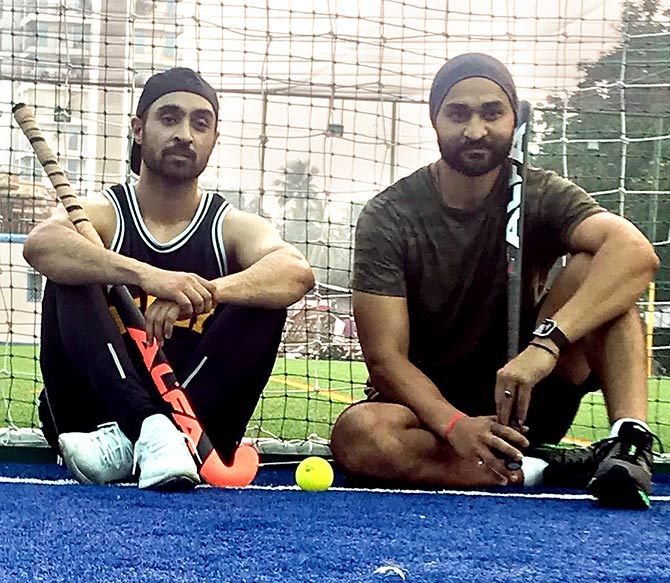 Shaad, Diljit and Sandeep Singh join us for a chat and then it's time to head for dinner.

The next day, we're treated to a lovely desi breakfast of aloo paratha and chole puri and an English breakfast of juices, soups, pancakes and much more.

It's time to pack up and leave Chandigarh with happy bellies and happier memories.