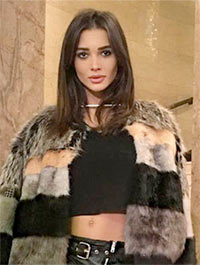 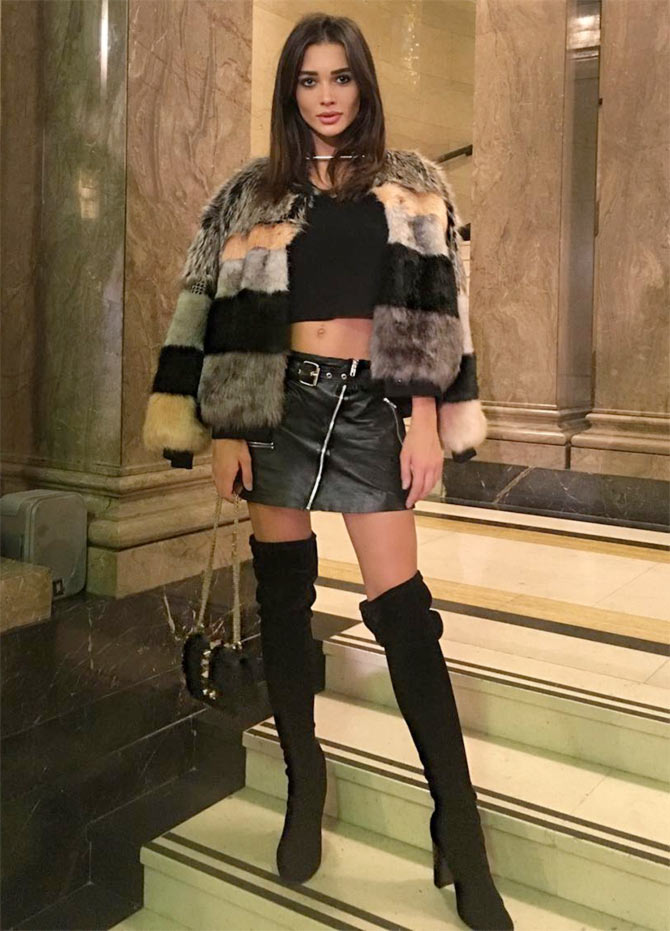 The British model-turned-actress shared this picture on Instagram and captioned it, 'My girl looks after me @styledbyatelier special mention to @muntheofficial for this UNREAL jacket - and no little animals were killed in the process #FAUXFURBABY #PETAambassador.' 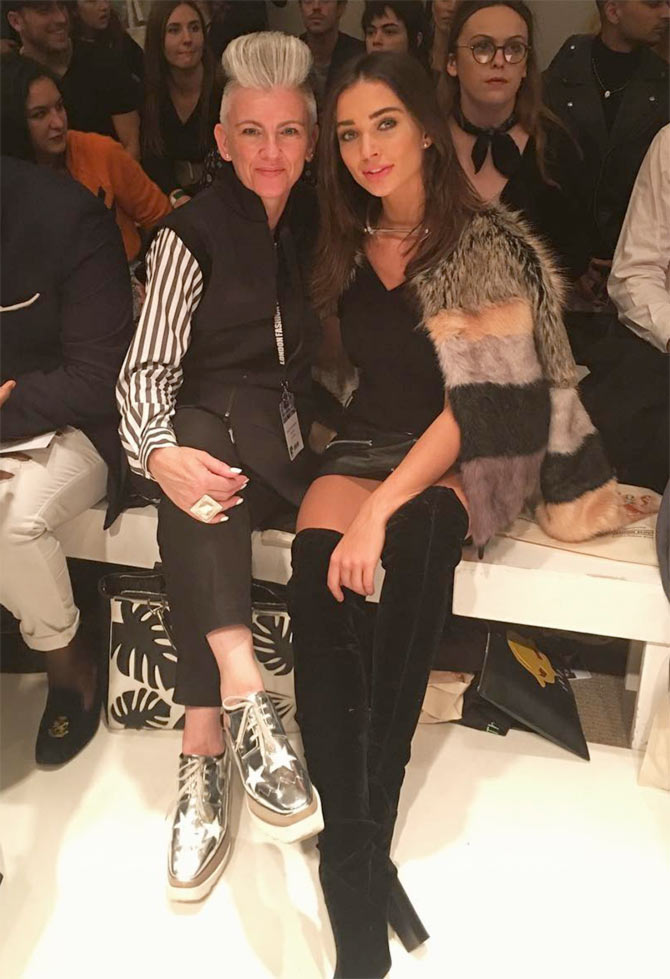 She posted another picture and wrote, 'Love this fashionista @vernataylorbarker.' 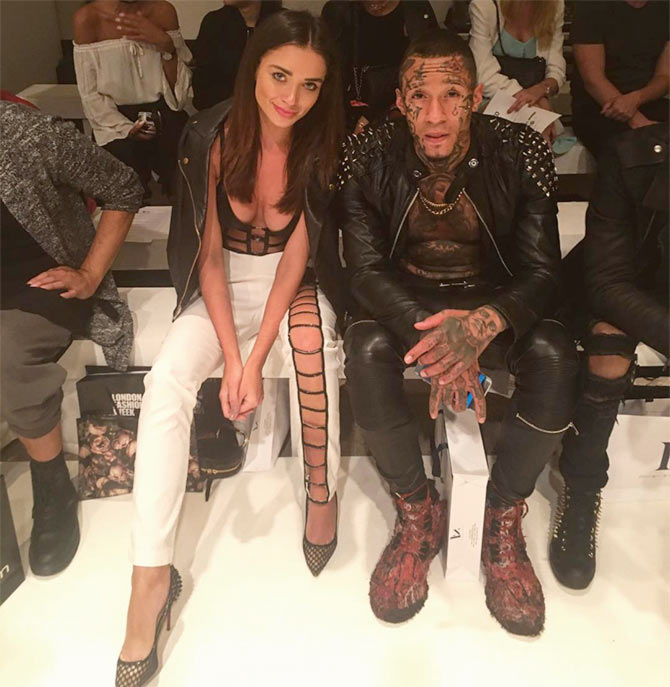 Amy shared one more snap from the fashion week and captioned it, 'Let's do this @tinokamal #LFW.'

Sidharth back in action mode! 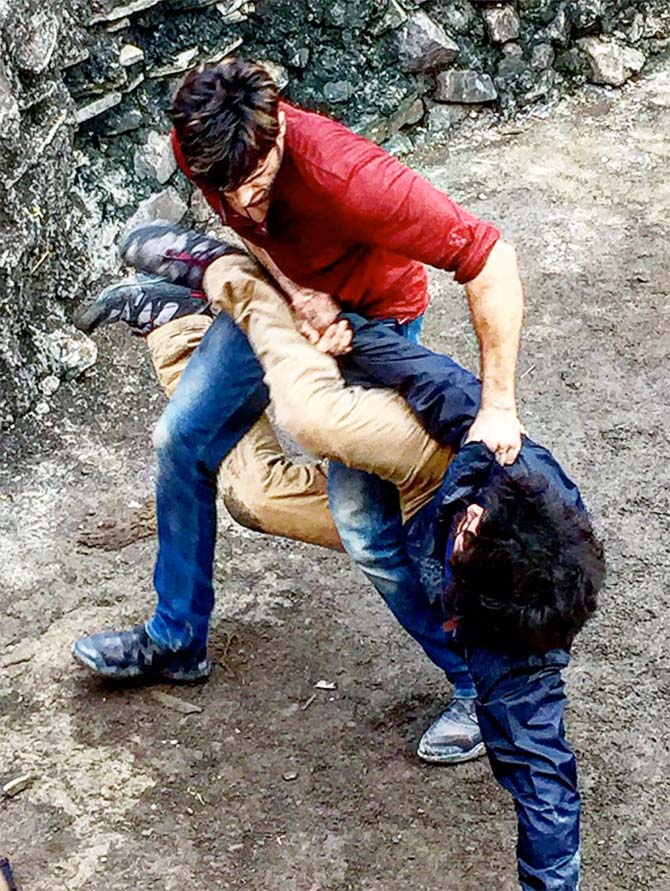 The actor shared a picture, above, on Instagram and captioned it, 'Back in Action ! @foxstarhindi #shoot #fight #kick #ass.' 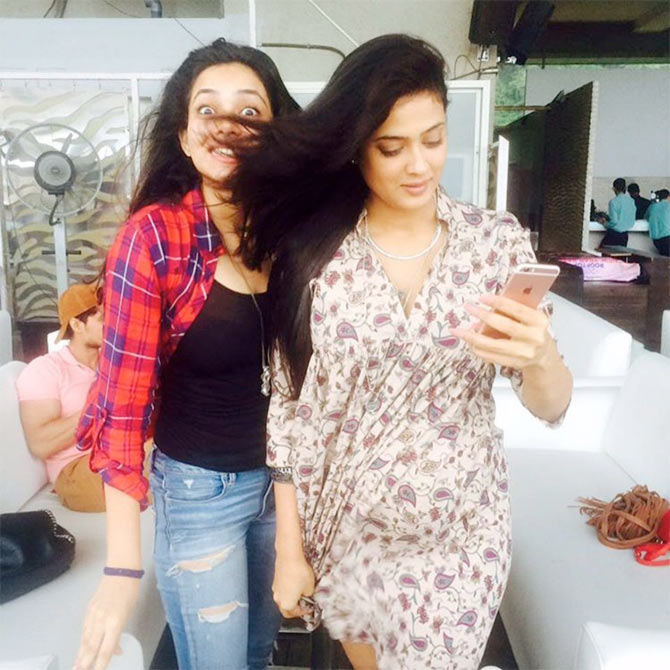 The actress shared an adorable picture, above, on Instagram and captioned it, 'No one can beat @vaishnavidhanrj in making funny faces.'

Shweta has a 15-year-old daughter Palak from her first marriage to Bhojpuri actor Raja Chaudhary. 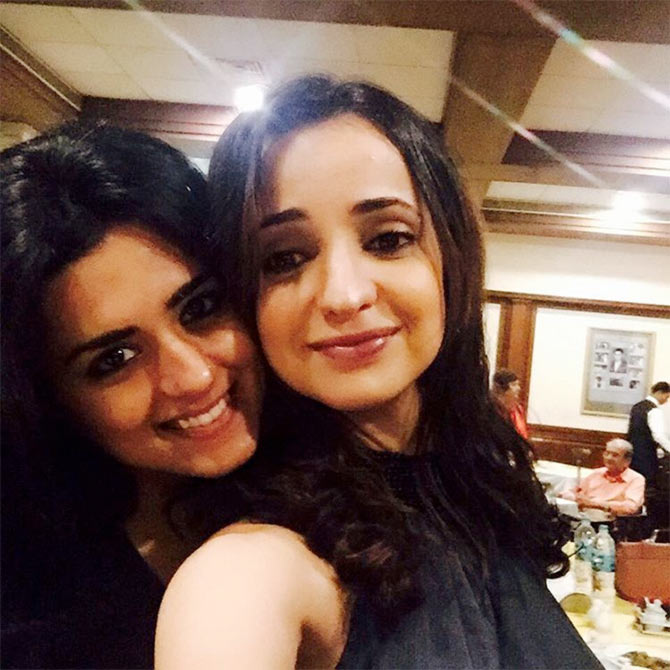 Television actress Sanaya Irani celebrated her birthday over the weekend with her pals from the industry.

She posted a picture on Instagram, above, and wrote, 'Me and my selfie teacher..thanks rids but I still have a long way to go.' 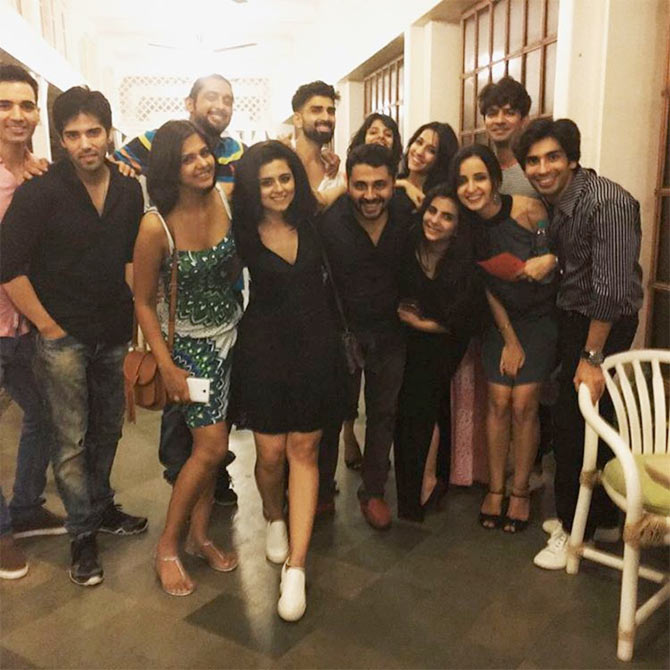 'Thank you guys for a wonderful surprise...good times ya good times,' she captioned another picture. After receiving rave reviews, the film has now got a tribute in the form of Amul ad.

She wrote, 'Hahahahahaha. Now this reassures that the country loved us.' 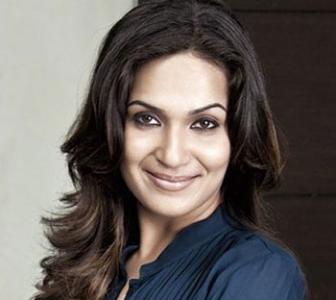