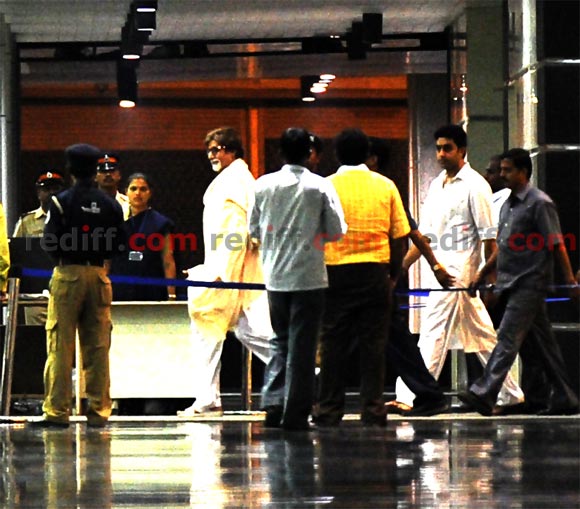 Amitabh Bachchan and family may be exhausted after Aishwarya Rai gave birth to her first child in the morning yesterday but they are in no mood to slow down yet.

After tweeting about the new mother and the baby's well being, the Big B posted a heart-warming new post on his blog, lovingly describing the latest addition to the Bachchan clan and savouring every moment of it.

He wrote: "The soft innocence of nature rests in my arms, oblivious of what else happens around her. Occasionally she opens her large and what looks now to be eyes of the lighter hue, which those that have dealt with similar, know shall change with time. Often the gentlest of smiles quiver across her pouted upper lip, the shut eyes bringing expression through the brows and the settling down to that dream she must dream."

The Big B also gets a little nostalgic as he holds the baby in his arms, "As I look down upon her I bring myself back to the visual when I had placed her Father in just condition into my Father's hands, to be heralded into our home. I stare at her in silence. She reciprocates in similar vein. It is too delicate a moment."

Assigned the ever-so-important task of taking pictures, Bachchan describes how, at the moment, the little girl is the centre of the universe for the whole family as they gather around her, trying to figure out who she resembles and recounting the whole experience. 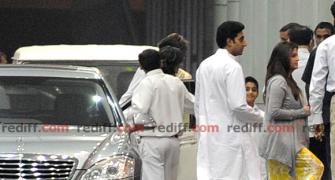 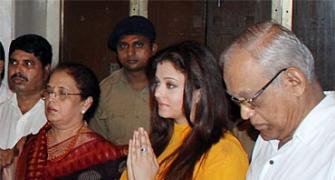 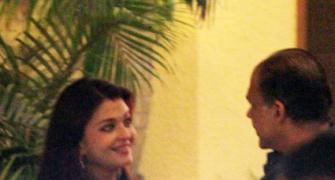 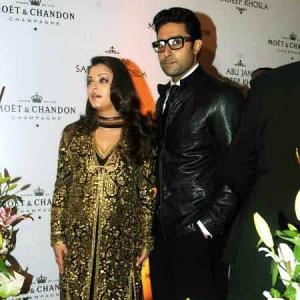 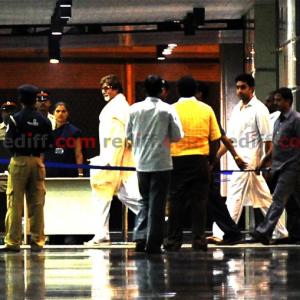