'God will give you your due.'
'I don't want my due from people.' 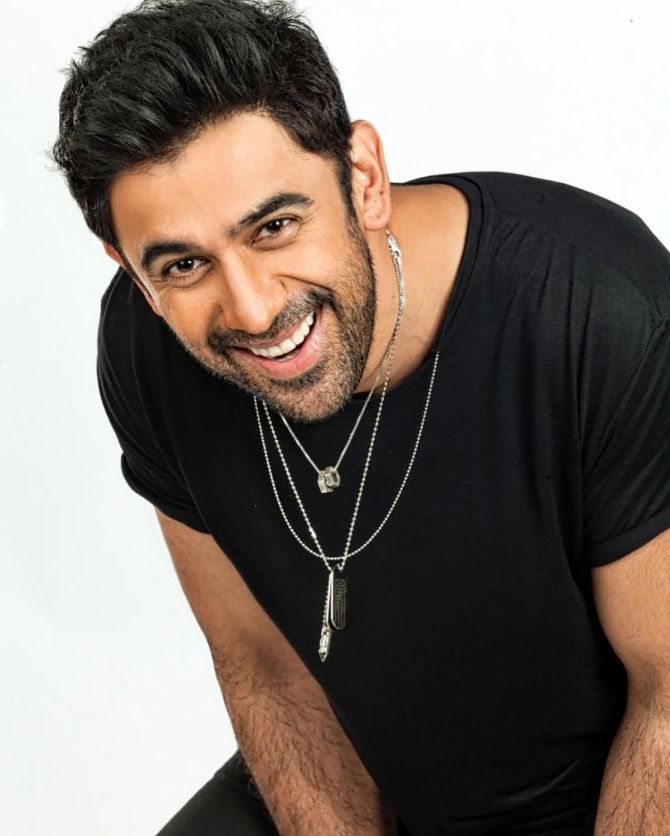 Amit Sadh likes to call a spade a spade.

He is very straightforward, even brutal, in his answers.

But he is ever the gentleman.

When he does get upset with a particular question, he will explain his point of view firmly but politely.

The actor is in a happy space these days, as he stars in four big projects on OTT, all of which released in July.

From Breathe: Into The Shadows, to Shakuntala Devi, Avrodh and Yaara, Amit shows off different facets of himself in each project.

"I haven't had four releases in four years, but I'm not going mad," he tells Ronjita Kulkarni/Rediff.com.

Your silences were terrific in Breathe. Did you go delve within your own life experiences to bring out the pain in your character?

You've hit the nail in the first question.

Well, not just the pain. Yes, he has pain, but he has a lot of good stuff too.

People, who go through a lot of pain, struggle and hardship, become gentle because they realise the power of being good.

Yes, I do put a lot of myself into the roles I play. But Kabir (Sawant, his character in Breathe) is the closest to me. You are a quiet romantic in Breathe too. Are you the same in real life?

I cannot do anything frivolous.

Even during this interview, I will give you all my focus. If you've made the effort to be there, I will return that effort.

We need that intensity in life.

We need to be respectful.

I am a very intense person.

I value things. I am not frivolous with words.

I believe in the phrase, 'Actions speak louder than words'.

I'm not a guy who makes tall claims.

I want to be the guy you can depend on, and fall back on.

You had four releases in July. What is the state of your mind?

I am just doing my job. I am an actor.

It is a privilege to bring such stories to the world, especially in these times.

I haven't had four releases in four years.

But I am not going mad.

It is a blessing.

I am happy to communicate.

I am trying to see the bigger picture than just being a silly guy who says, 'Mere chaar picture aa gaye'.

I'm trying to see what's happening because of these four releases.

I'm able to talk to you, able to connect with my fans, there's so much happiness around me. 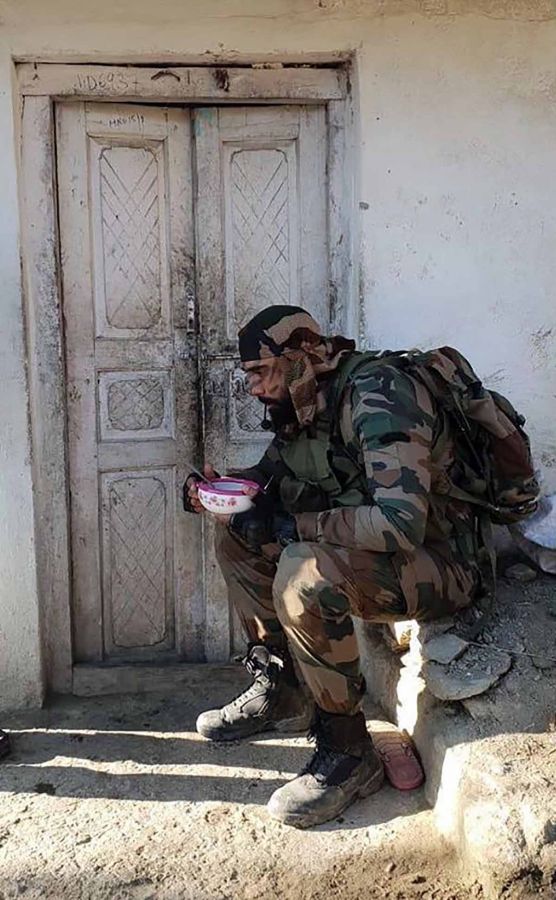 Your roles in each project are very different.

I am fortunate that people believe I can do different roles, that I am versatile.

I want to be known as an actor who becomes other people. That's why I became an actor.

It is boring to be the same guy.

With every film, every story, every character, I want to change and play something new for the audience.

You have dedicated Avrodh to your father.

I had a very broken relationship with my dad when he was alive.

A few years ago, I made peace with it.

One of my father's dreams was for me to join the military. I couldn't. So I thought this is the best tribute I could give to him. 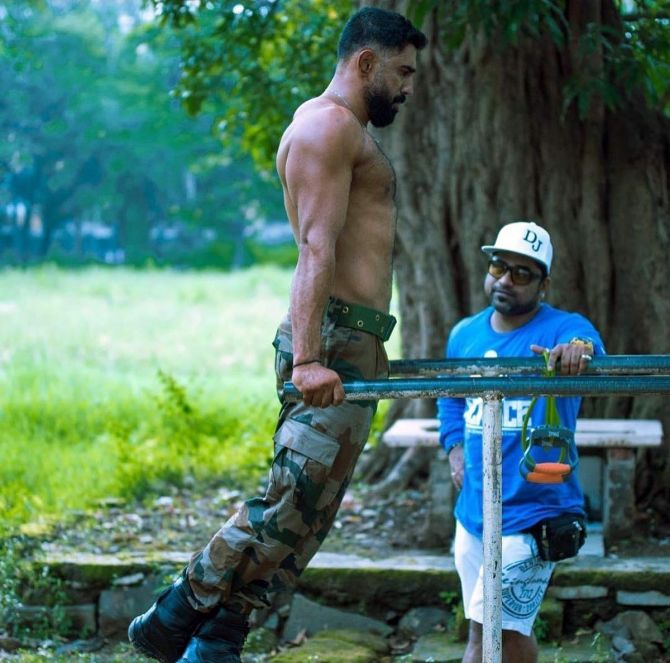 It is not about volume. Do you want me to come in three boring projects a year?

And Web series aren't small at all.

Did you know I trained for six months for Gold?

Since I want to look different in every project, it is very hard to do more than one or two projects in a year.

If I do three-four projects in a year, I would look the same.

Plus, I have to take what I get, it's not like I have many choices. Jo milta hai, un mein se I have to pick up what I want and put my jaan in it.

Why do you think that is? You got some of the best reviews for your first film Kai Po Che, but still, work offers were few.

I am happy that I have some work, some fans. I a in a happy space.

But if you really want to ask this question, you should ask the industry.

Why didn't they give me work?

When you talk to a big director or producer, ask him. (Laughs)

Your role in Shakuntala Devi is small, but you played it really well.

Would you prefer that I pakao you in a two-hour film or thodi der ke liye aao aur khush karke chale jau?

Chota roles, side roles... when actors like Johnny Depp do such roles, you don't say this to them.

Chota and bada, we say only in Bollywood.

I don't call myself a hero or even a lead.

If someone calls me a hero, I scold them because I don't like this ooch-neech.

Everyone is playing a role.

Also, I've reached a stage where people don't give me small roles.

My role in Shakuntala Devi is important. It is a real life character. I play her son-in-law.

Do you feel you have got your due?

I don't need my due from anyone.

I may sound arrogant, but I am really a very humble guy.

But I have this belief. Why should someone give you your due? When you work hard, put in hours of preparation into your roles, year after year, the due will come on its own.

Destiny will give you your due.

God will give you your due.

I don't want my due from people. No. I never saw Hindi films till the age of 22.