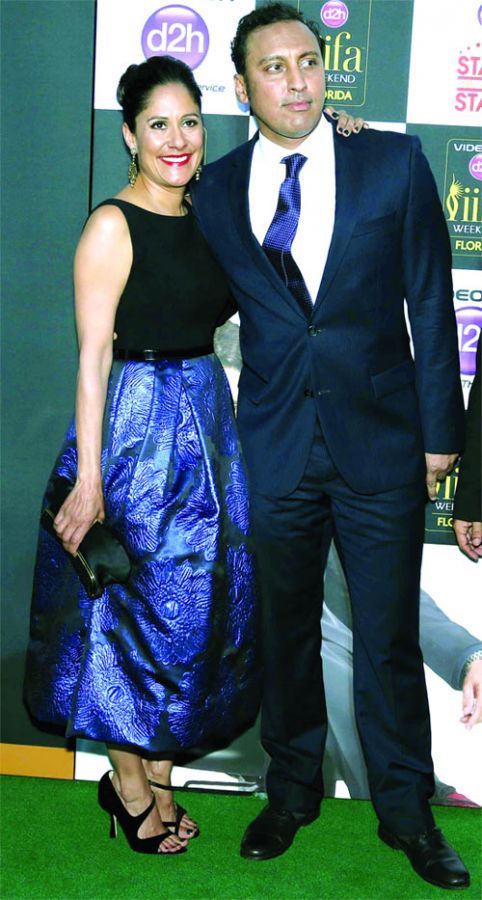 Sixty years after actors Madhur Jaffrey and her then husband Saeed Jaffrey arrived in New York with starry dreams and received nothing but a cold shoulder, their daughter Sakina celebrated the changing landscape for South Asian artists in Hollywood.

The actress, who plays a Latina character in the hit pulse-quickening political drama House of Cards, paid a moving tribute to the fight put on by the newer generation of South Asian artists who are not only appearing in many television shows and films, but also writing for them and often creating desi characters.

Jaffrey spoke at one of the panels organised by IIFA in Tampa as part of the four-day events leading to the awards on April 26.

The Jaffreys, who arrived from India hoping to make it in American theatre and films, acted in a few off-off Broadway plays and a few radio plays in America, but had to go to England to find success.

Saeed acted in plays and a few films like The Man Who Would Be King (with Sean Connery and Michael Caine).

His wife started a successful and trendsetting cooking programme on BBC. Later, she moved to America and acted in a few Ismail Merchant-James Ivory productions, including Heat and Dust (with Shashi Kapoor and Julie Christie).

“America just did not know what to make of them,” Sakina Jaffrey, who was born in New York, said at the IIFA event. “I was unsettled by the fact that they had to go to the UK to have their voices heard.”

To many Americans, and especially in Hollywood, India then meant the Hare Krishnas and Yoga, she added.

She said there were just a few Indians in New York when she was growing up as the youngest daughter of the theatre couple who had split.

The actress grew nostalgic as she spoke of her Indian roots.

She remembered how excited she would become when she spotted a few Indians around their home in New York’s Greenwich Village in the 1960s.

She would often run across the street to say hello. She thanked immigrants who arrived in America in the past four decades in big numbers and their children for raising the profile of Indians in America.

It has been a long struggle for Jaffrey, 49.

“You know you can never make money out of these off-Broadway shows,” she confessed a few years ago. “But one keeps persisting and hoping that a film or television producer would spot us and things will change for the better.”

For a very long time in Hollywood, playing an occasional Indian character meant that you were expected to put on the laboured ascent made famous by Peter Sellers in the film The Party in the late 1960s and early 1970s. That demand has been slowly changing.

House of Cards is a big, career defining show for Jaffrey. 'People recognise my face, but they can’t place me,’ she said recently in an interview. ‘They’ll ask me, ‘Do you go to my gym?’ or ‘Weren’t you at cousin Lizzie’s wedding? One woman starting hugging me before she realised she actually only knew me from her TV screen."

She thought at least for some time she would not make it to American television and films, given her parents’ experience.

“I felt like I shouldn’t waste my parents’ money studying to be an actor,” she told India Abroad, several years ago. “But after I left college and considered the careers I could pursue, it became clear to me that I wanted to do nothing, but act.”

She began her career in New York by taking acting lessons and going to auditions while supporting herself the way many young actors do. “It is not a cliche. I too was a waitress -- and a damn good one,” she added.

Jaffrey has also sought to send a message to the wider acting community. 'Maybe getting this job at my age will inspire older actors to keep on plugging,’ she told students at Vassar recently. ‘And just remember: If you’re in college and don’t know what you want to do with your life, that’s okay. I look back now and I realise a lot of what I learned at Vassar I applied to my career in ways I could never have anticipated.’

At IIFA, she said, she is heartened by the success of actors like Aasif Mandvi and Mindy Kaling who write their own shows. "More Indian faces and voices will be heard in Hollywood and beyond," she said to the over 200 attendees. "If some more smarties say no to professional studies like medicine, business and law and took up writing and acting courses at the schools across America."

With ‘powerful performances’ and ‘our dusky looks,’ she asserted, ‘we would be putting our own words into our mouths.’ 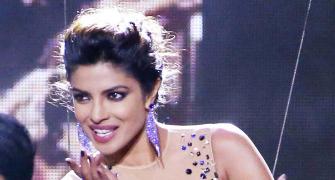 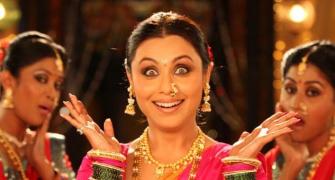 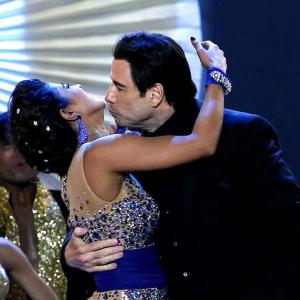 IIFA 2014: John Travolta gets a taste of India