'Alok Nath can come out of hiding after 8 weeks'

'Alok Nath cannot leave the country and he cannot be seen anywhere around the periphery of where I live,' says Vinta Nanda. For the first time since the accusation snowballed into a major scandal, Alok tells Subhash K Jha, "The honourable court and my lawyers have advised me to keep completely silent for now. In fact, I've been quiet throughout."

"Maybe some words escaped my mouth in my state of angst. But otherwise I've been lying absolutely low for the last three months."

"It is not right for me to make any comment at the moment. But yes we got anticipatory bail, and we are very grateful for that," he adds.

He expresses his gratitude to his wife Ashu.

Alok says his next legal move would depend on the court order.

"I cannot pre-empt anything right now. But one thing I can tell you. This battle will reach its logical conclusion, and the truth, whatever it is, will be revealed."

"I haven't read the court's order as yet, but I believe the anticipatory bail given to him is on the basis of certain conditions," says Vinta Nanda.

"Alok Nath cannot leave the country and he cannot be seen anywhere around the periphery of where I live are two of the conditions laid out by the judge among others," Vinta points out.

She says she is content with what the law decides.

"I trust the judicial process and I am grateful that Judge Oza gave my lawyers Dhruti Kapadia, Kunal Tiwari and Faranaaz Karbhari permission to intervene and file a written submission on my behalf, which gave me the privilege to respond to the application made by team Alok Nath on December 14, 2018, requesting for anticipatory bail,' says Vinta..

"They tried to slander and shame me in his application and I have said what I had to in my written submission thereafter. My response has been taken to account and put on record. Now the law will take its own course."

"Alok Nath can come out of hiding after eight weeks and face the law I should suppose," she adds.

Vinta is content with the progress made by the MeToo movement in India.

"There has been a seismic shift and the system now includes and legitimises women in the workforce. The industry has been restructured at every level to include internal complaints committees across all associations, studios, networks and production houses, which will henceforth ensure that women in the workplace are safe to go about their work without having to worry about basic amenities like toilets etc, and fear being exploited and/or violated."

"All of the above has happened in the last three months. Could we have asked for more?"

She is relieved that victims of sexual aggression can now speak out.

"Women will no longer have to fear having to suffer in silence when injustice is meted upon them. But we have a long way to go as yet. We are a country in which marital rape is given permission because it is not criminalised."

"Over 80% women who are married are rendered vulnerable to rape. It's a very disturbing reality. It's because there are some men who believe they can get away with anything they do at home that they are emboldened to do it outside their homes and in their workplace too." 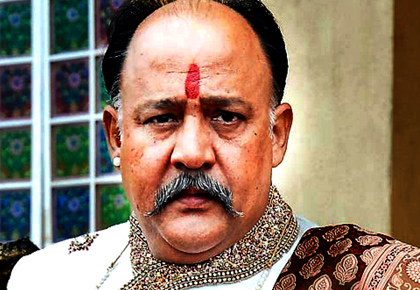