Telugu movie star Allu Arjun was the Guest of Honour at the 66th Nehru Trophy boat race on the Punnamda lake, near Alappuzha, on Saturday, November 10.

Arjun received a grand welcome at Kochi airport, then proceeded to the race venue along with his wife Sneha Reddy.

Kerala Governor retired Justice Palanisamy Sathasivam was the chief guest at the event.

Arjun aka Bunny flagged off the race which the Kerala government conducted with appropriate fanfare to mark the return of normalcy after the state was devastated by floods in August. 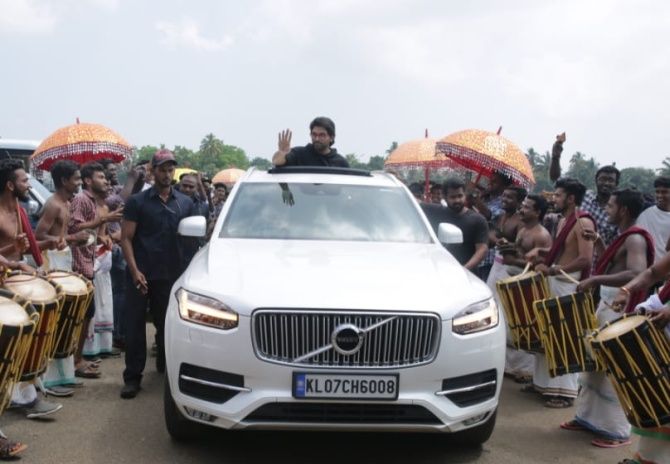 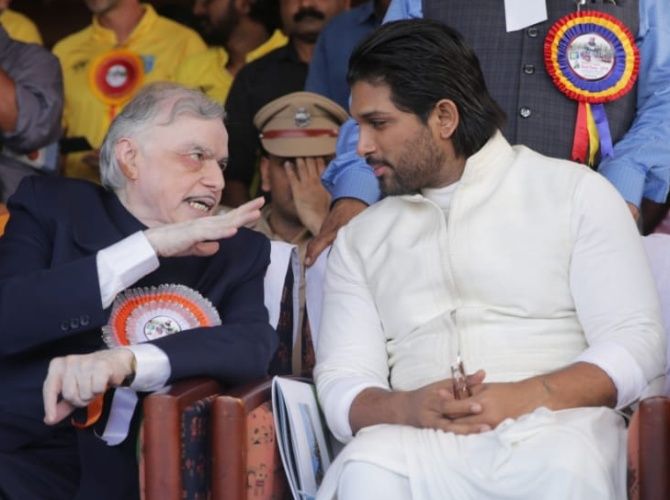 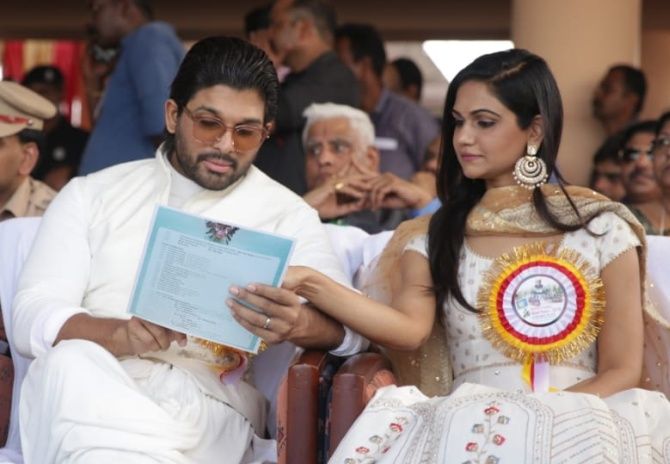 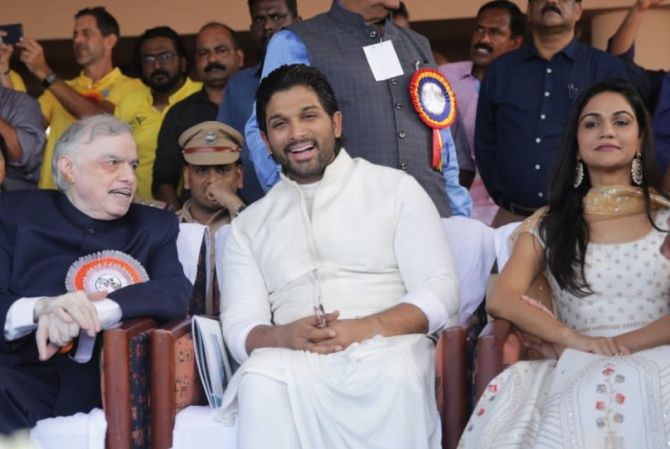 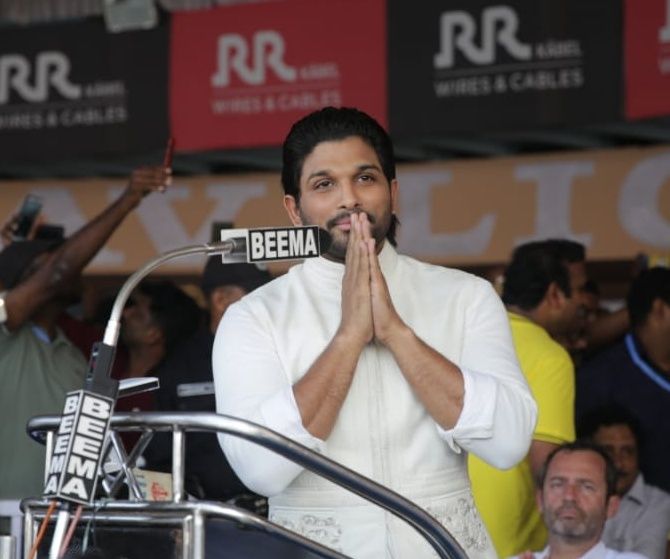 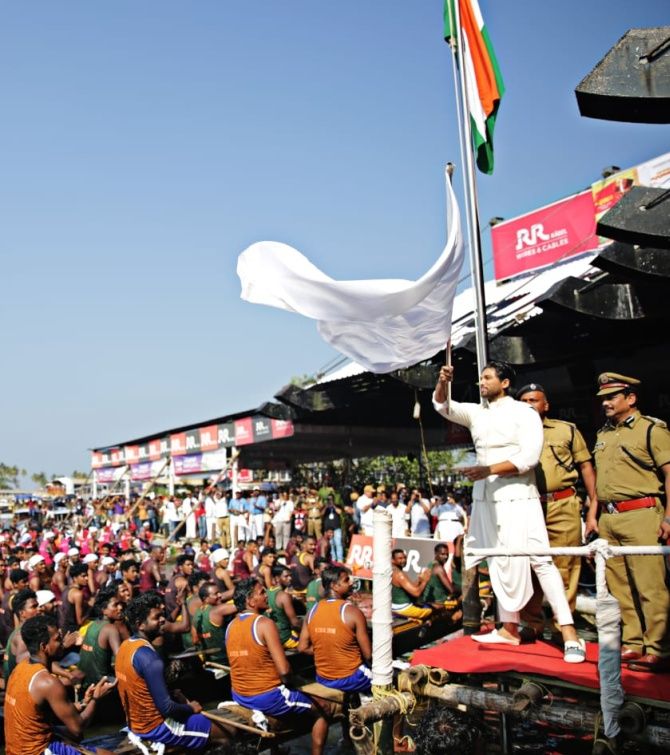 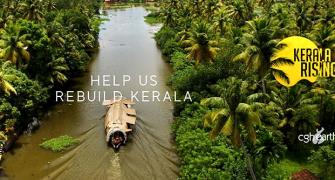 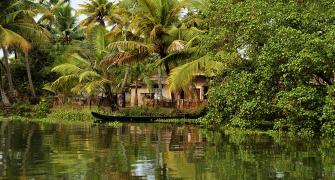 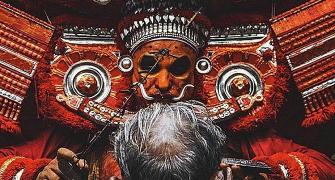 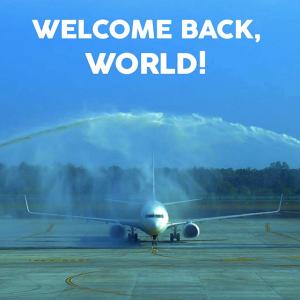