'Shah Rukh Khan called me and said, I usually don't co-produce, but I will do it with you.'
'It will be one for the memories.' 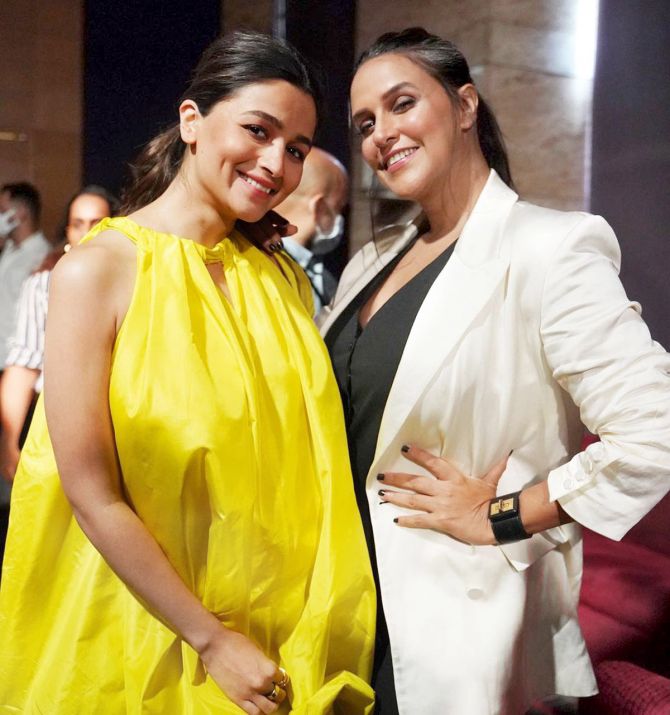 "I believe the warmth that movies and the cinema give us is eternal," Alia says at the trailer launch. Rediff.com Contributor Mohnish Singh listens in.

Were you on the verge of becoming a producer and waiting for that one script or did you become a produce because this script came to you?

It happened at the same time.

Darlings came to me and when the narration started, I thought, 'Okay, now let's see where this leads to because I didn't know what the film was about.

Actually, in 2019, when I met Jasmeet (K Reen, Director) and Gaurav (Verma, Producer), I had a very busy schedule.

But I had this thing that I will hear every narration or read every script because you never know...

Cut to the story, it started like a normal story, and suddenly it shifted gear and I was like from here, I was here!

I was so surprised and I'm am very rarely surprised.

So I was like okay, okay, one second, we have to do this.

Gaurav was extremely supportive, and he said, we must do this together.

Then Shah Rukh Khan called me and said, I usually don't co-produce, but I will do it with you. It will be one for the memories.

Recently, he saw the film and when he met me, he said in typical Darlings lingo, 'Thank you darlings for doing this movies.'

Incidentally, my first film Student Of The Year was also a Red Chillies (Gauri and Shah Rukh's production company) production.

Gaurav and Shah Rukh were like, 'You don't worry about it, just have fun and this will be great.' They held my hand through the 'technical producer aspect'.

Why did you name your production house Eternal Sunshine? Who came up with that name?

I think I must have come up with it. Since there is no one to take credit, I will take it.

There is a film called Eternal Sunshine (Of The Spotless Mind) on my watch list. It is one of my favourite movies.

But actually, that's not the reason.

The reason is that I believe movies are eternal and I love sunshine.

Even if you see me on Instagram, I am always using the sun emoji.

I love the sun, I love sunshine and I believe the warmth that movies and the cinema give us is eternal.

As a producer, what has been your hardest day on set?

On set, I am only an actor.

In fact, sometimes they would be like, you know...

We wanted to shoot this film on a very tight schedule.

We shot it in 42 days; this was just after the second wave (of the pandemic).

There was fear that, you know, anything can happen again.

So we were doing a lot of work in one day.

I was like, 'Kya kar rahe ho yaar. Ek aur din use karte hai. We will do it tomorrow; we are not being able to get the time to think.'

And the first day, Shefali was like, you are the producer, you should not be asking for this. Just do as much work as you can in one day.

And I was like no, for me, on set I am always an actor.

I don't think that producer thought even came to my mind.

But after we wrapped the film, usually, as an actor, you move on to your next film and get cut off and join in again when the film is releasing.

I didn't cut off.

I couldn't cut off.

I don't understand numbers, so I was only involved in the creative part of it.

Jasmeet was really lovely, and extremely welcoming with my overbearing opinions at times.

But we had such a lovely time doing this together. It made me learn so much about the movies. 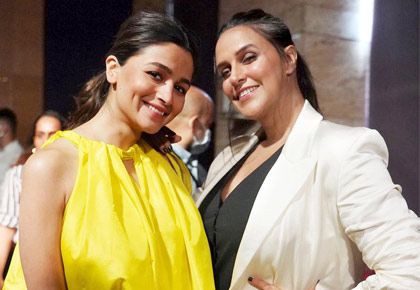