Whether it is his acting, dialogue delivery or action sequences, there is a clear absence of enthusiasm, observes Namrata Thakkar. 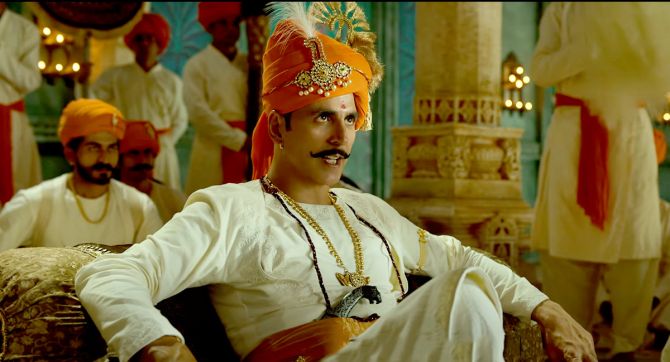 When it comes to patriotic films, no one has tasted as much success as Akshay Kumar in recent years.

The actor is back with yet another movie in this genre.

Produced by Yash Raj Films and directed by Chandraprakash Dwivedi, Prithviraj is a historical drama about the warrior king Prithviraj Chauhan and his eventual battle with Muhammad Ghori.

The almost three minute-long trailer starts off with a voiceover introducing to us the fearless Prithviraj Chauhan, monarch of Delhi.

Next, we see Manushi Chillar who plays Princess Sanyogita.

She is Prithviraj Chauhan's third wife and their love story is explored in the movie.

While the debutante actress looks pretty, she did remind me of Aishwarya Rai Bachchan from Jodhaa Akhtar, courtesy her costumes.

The trailer also introduces us to Chand Bardai (Sonu Sood) and Kaka Kanha (Sanjay Dutt), who hardly get any screen time compared to Akshay but still make an impression.

Manav Vij plays Muhammad Ghori. Though he seems to have nailed the part physically and looks dreadful enough, acting wise we don't get to see much from him, at least in the trailer. 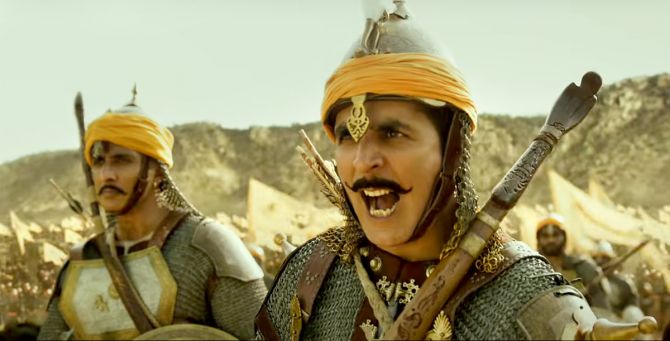 Akshay fails to pack a punch as Prithviraj Chauhan. Whether it is his acting, dialogue delivery or action sequences, there is a clear absence of enthusiasm.

Overall, the YRF film visually looks average, especially in comparison to other period dramas like Bajirao Mastani and Padmaavat.

Sanjay Leela Bhansali has set the bar very high in this genre and YRF isn't even close to it. Prithviraj releases in theatres on June 3 in Hindi, Tamil and Telugu. 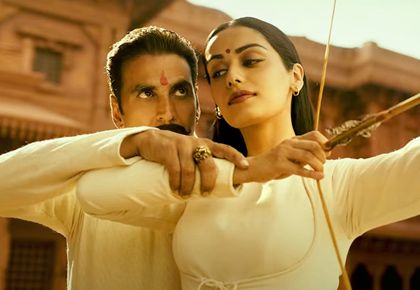