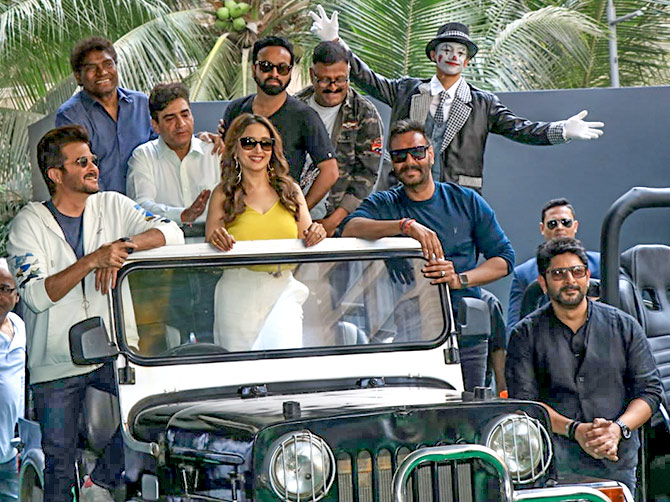 The Total Dhamaal trailer launch was a showy affair.

Indra Kumar's latest film is the third in his Dhamaal series.

The stars -- barring Ritesih and Esha who were absent at the launch -- arrived in an open jeep accompanied by band baaja. 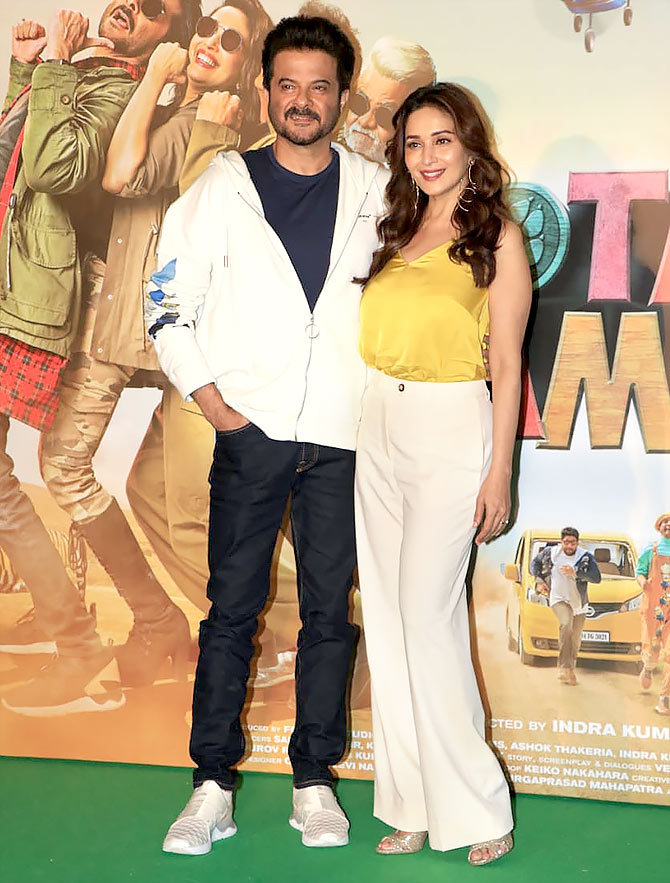 Madhuri Dixit reunites with Anil Kapoor on screen after 19 years! They made a hit pair in movies like Tezaab, Beta, Parinda, Ram Lakhan, Pukar...

"We have had a phenomenal association," AK told the media at the trailer launch. "To be back together is not only professionally great, but also emotionally."

"It is always wonderful working with him," Madhuri added. "I have worked with my Beta team (Director Indra Kumar, Producer Ashok Thakeria and AK) so it is wonderful."

Asked if AK had changed since their last film together, Madhuri said, "I don't think Anil can ever change. He will always be the same."

Madhuri also spoke about the fun she had filming Total Dhamaal. "The amount I laughed in between shots with this team, if the audience laughs even half of it, this film will be a success." 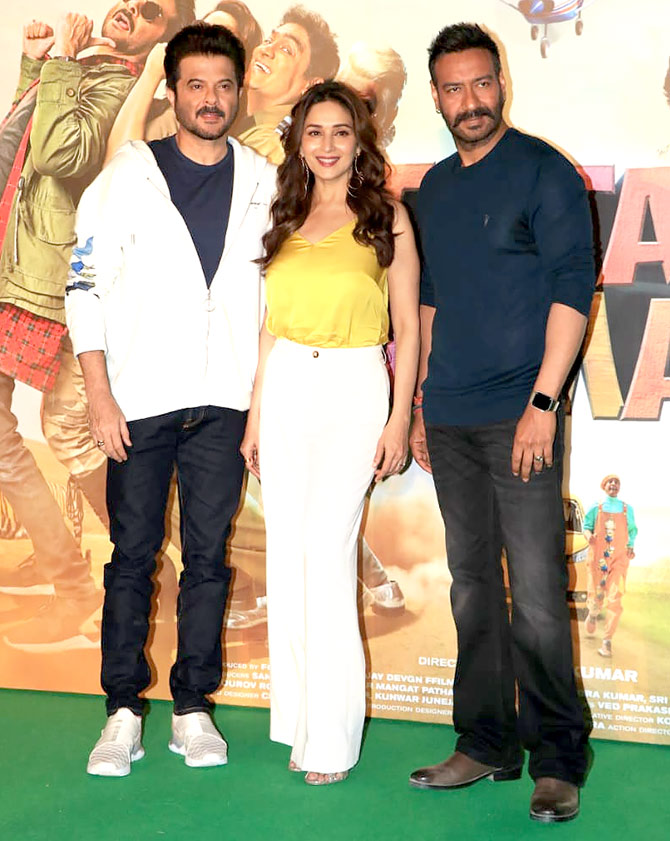 Ajay Devgn and Madhuri last worked together in 2001's Yeh Raaste Hain Pyaar Ke, so it is a reunion for them as well. 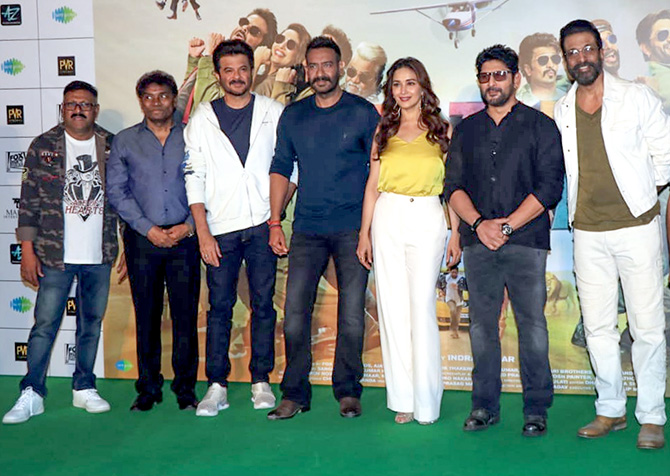 Jaaved Jaaferi praised Indra Kumar and revealed how he kept all of them in control.

"Ajay Devgn is the funniest of all," says Arshad Warsi, who has worked with Devgn on the Golmaal films. Arshad also described Indra Kumar as the "sweetest director we have ever worked with."

How do actors respond to strange questions?

There are quite a few of those at media interactions, but film folk know how to deal with them.

See their reaction in the video above.

Does AK think Modi will return as pradhan sevak?

Watch this video to see his answer. 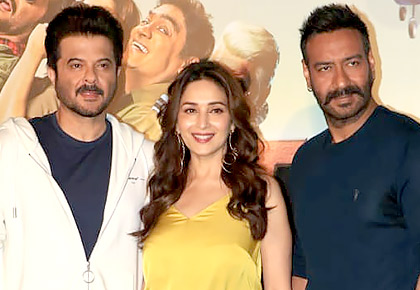