What Ahaan lacks in film-making, it makes up by way of humble charm, observes Sukanya Verma. 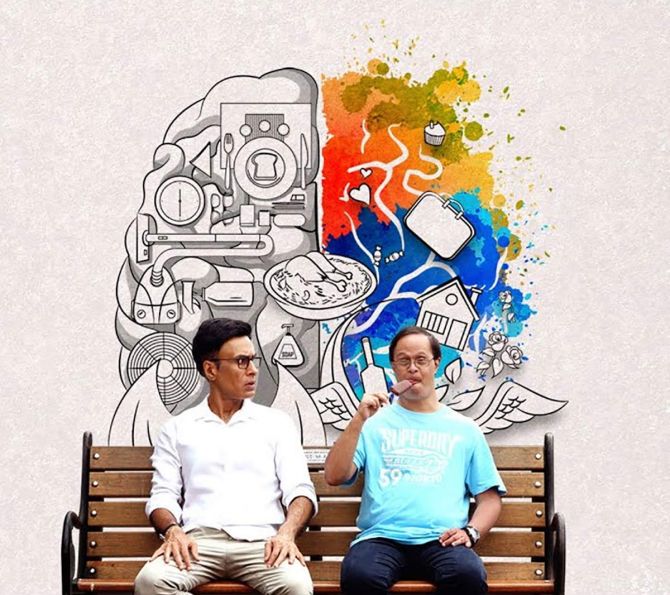 All around the world, intolerance and apathy are at an all-time high.

Amidst such chaos, few are bothered about another's feelings, let alone contribute towards a harmonious environment.

But the need of the hour remains unchanged since the time Greek philosopher recommended, 'Be kind, for everyone you meet is fighting a harder battle.'

For the differently abled though, it's unrelenting struggle.

Writer-director Nikhil Pherwani both acknowledges it and appeals for compassion in his well-meaning Ahaan.

A modestly-scaled human interest story told sans any complexity or nuance, Ahaan solely relies on its message of a kinder, accommodating society to engage its viewer.

It is the sort of old-fashioned TV film that would feel right at home in Doordarshan's golden era.

What Ahaan lacks in film-making, it makes up by way of humble charm.

Most of which is exuded by its titular hero, essayed by Abuli Mamaji.

As someone who knows Down Syndrome inside out, his sweet presence lends credibility to the point Pherwani wants to make -- empowerment of the differently-abled.

Between Ahaan's need to stand on his own feet, something the 20-something's overprotective parents refuse to allow and his crabby middle-aged neighbour Ozzy (Arif Zakaria) driving everyone up the wall, especially his wife (Niharika Singh), no thanks to his obsessive-compulsive disorder, the movie looks at the trouble of having no control as well as too much of it.

But when an unlikely friendship blossoms between the two over a mutual appreciation for the culinary skills of the latter's better half, winds of change are sown.

Though it is rather shabby how Ozzy's hastily delivered redemption reduces his wife's worth to a good cook and conveniently overlooks his misuse of Ahaan's goodness for his own benefit.

Mostly though, Ahaan avoids melodrama and focuses on fulfilling the dreams of its leading man whose naiveté and lack of guile endears him to everyone as keenly it demonstrates Ozzy's efforts to embrace the dust and disorder quite like Melwin in As Good As It Gets.

Zakaria and Mamaji bond well and create genuine moments of tenderness and humour.

They are his cheerleaders.

As is this film.

There is a fair chance you will be one too. 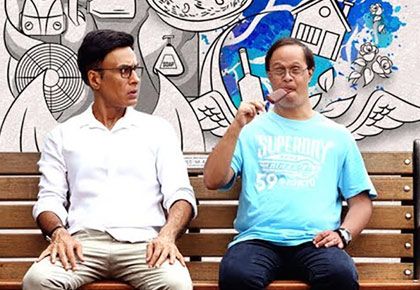