'When we finished the narration, we expected Shah Rukhbhai to say the usual, 'I'll think about it and let you know in two days.'
'But he jumped up and said, 'I'm doing the film.' 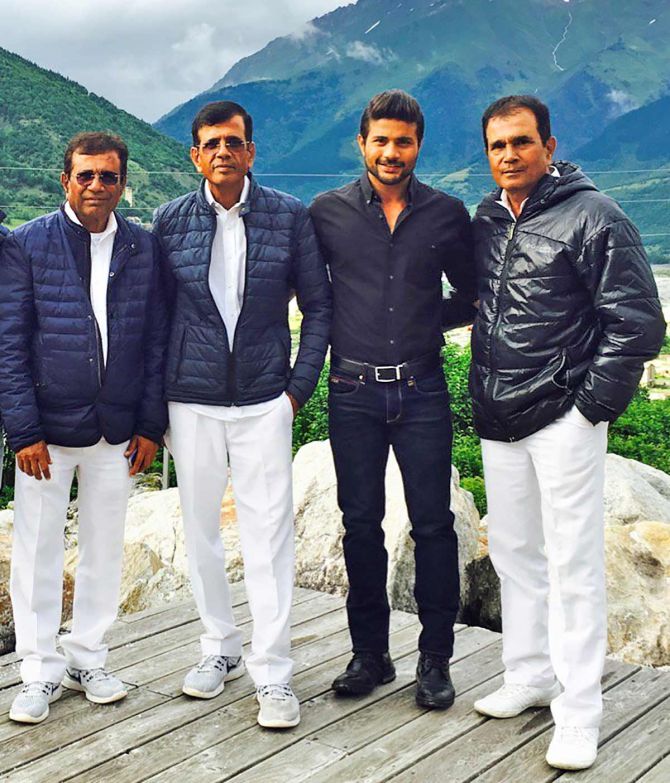 IMAGE: Abbas-Mustan and Hussain, right, with Abbas's son Mustafa, who will be seen next in Three Monkeys. Photograph: Kind courtesy Abbas Mustan/Twitter

If you ask most people who's Abbas and who's Mustan in a picture of the director duo, they'd be flummoxed.

But mention Abbas-Mustan in one breath and Bollywood fans will tell you exactly what genre they specialise in.

Abbas-Mustan are also the reason why Akshay Kumar is known as Khiladi Kumar.

So why do Abbas-Mustan and their brother Hussain always work together?

And do they wear anything other than white?

Both of you made your directorial debut in Hindi cinema with the little remembered film, Agneekaal, in 1990.

Mustan: Yes, it was the biopic of the municipal commissioner of Rajkot, S Jagdeeshan, who was from Tamil Nadu. In just 18 months, he won the locals over with his novel schemes to end the town's three-year water scarcity problem and with his drive against land encroachment.

When he was abruptly transferred, the whole town turned up at his home for a glimpse of the departing hero, some lying down on the road to stop him.

Abbas: There was a violent lathi charge by the police, who threatened to arrest Jagdeeshan.

When he finally left, the unprecedented public fury led to widespread destruction of property and an attack on the state electricity board plant which plunged the town into darkness.

Roads were blocked, state transport services were suspended and curfew was imposed in the evening.

We were so inspired that we decided to make a film on his life with Raj Babbar playing S P Jagdeeshan 'Zanjeerwala'.

Agneekaal also featured Jeetendra and Madhavi. It didn't do well, perhaps because we could not commercialise the subject.

Mustan: But because of em>Agneekaal, we got Khiladi and later Baazigar, which was produced by Venus, to whom we had sold the film's music.

Abbas: The Agneekaal producer (Ranjit Herma) had signed us after seeing our Gujarati films. 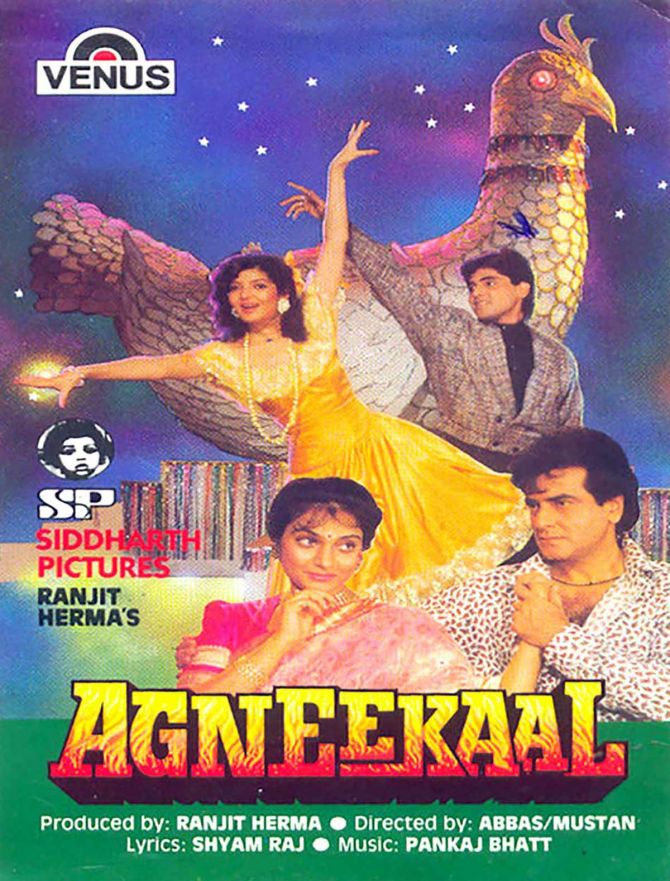 That would be the superhit Sajan Tara Sambharna in 1985?

Abbas: Yes, that was the first and it cemented the Abbas-Mustan jodi.

The producer offered us the film on the condition that, instead of working independently, we direct it film together.

After Sajan Tara Sambharna, have you ever worked separately?

Abbas: Never. Since childhood, our father would say that when the five fingers of a hand come together, they form a bandh mutti (fist) which can pack in a lot of power.

The three Burmawala brothers (the third brother, Hussain, edits their films) are that bandh mutti.

Mustan: We are brothers first and then directors.

We have always stayed together in a joint family and will continue to make films together. 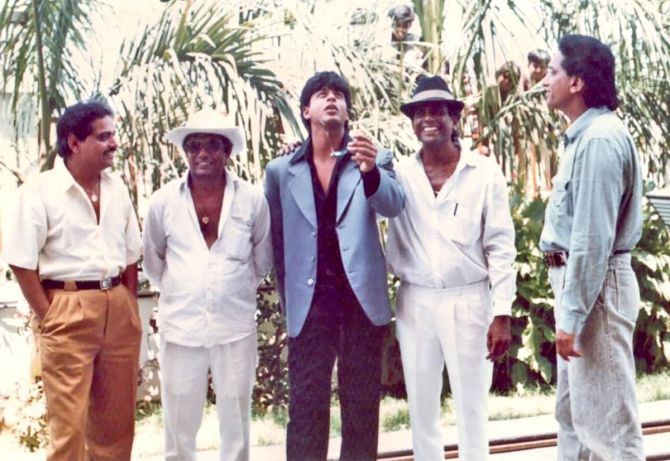 Your 1993 romantic thriller, the unforgettable Baazigar won Shah Rukh Khan his first Filmfare Best Actor Award. Did he ever have any second thoughts about playing an anti-hero?

Mustan: We were confident about our script when we approached Shah Rukhbhai and wanted our writers (Robin Bhatt, Akash Khurana and Javed Siddiqui) to give him a narration, but he insisted we do it.

We told him we were not good narrators, but he still wanted to hear the story from us.

We met him at a hotel in Khar (north west Mumbai).

As the narration continued, we could see he was really excited.

Abbas (chuckling): That was the first time we realised we were good narrators.

When we finished, we expected him to say the usual, 'I'll think about it and let you know in two days.' But he jumped up and said, 'I'm doing the film' and started showing us how he would enact certain scenes. 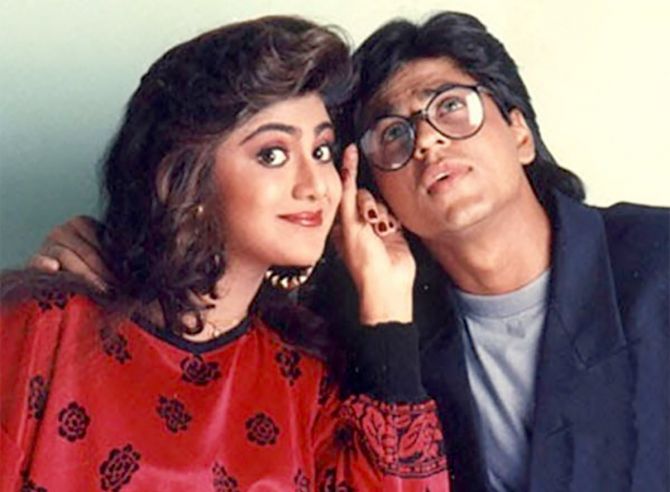 I'm told you signed debutante Shilpa Shetty for that all-important role without auditioning her.

Abbas: That's right. We also signed another debutante, Bipasha Basu, for Ajnabee without an audition.

Bipasha was beautiful, the number one model at the time, and we kept seeing her on Page 3.

We contacted her and, when we spoke, we were convinced that she had the confidence to pull off the complex role of Sonia Bajaj/Neeta.

Mustan: We also finalised Preity Zinta for Soldier after speaking with her for just 15 minutes.

She was exactly like her character, Preeti Singh, and Soldier was the first film she signed.

Dil Se..., with which she made her debut, started halfway through our film.

Abbas: But we auditioned Priyanka Chopra for Humraaz.

Abbas: Yes, we wanted to cast a new girl and met several candidates.

Priyanka came to the Venus office. She was the reigning Miss India and looked good.

We auditioned her, she turned out to be a fabulous actress and we confirmed her in May. 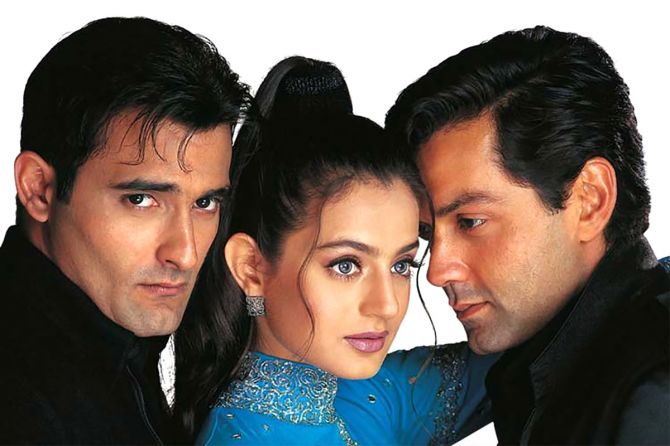 So why didn't we see her in the film?

Abbas: She had told us she was going for the Miss World pageant and, if she won the title, she wouldn't be able to do our film because we wanted to start shooting in July.

By the grace of God, she did win and got busy with pageant commitments thereafter.

But we told Subhashji (producer Subhash Ghai) that we wanted Priyanka for Aitraaz.

Kareena (Kapoor) wanted to play Sonia Roy, but we reasoned that since she had done a role with negative shades in Fida, it would be better if she played the wife.

One last question: Have you ever not worn white?

Abbas (laughs): Oh when we are shooting abroad, we do wear colourful jackets. But in Mumbai, we are the Men in White. 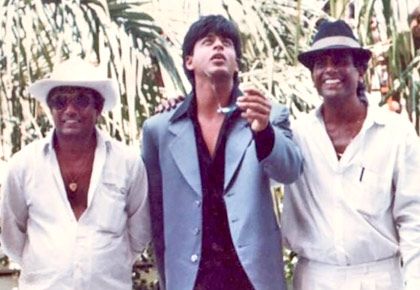