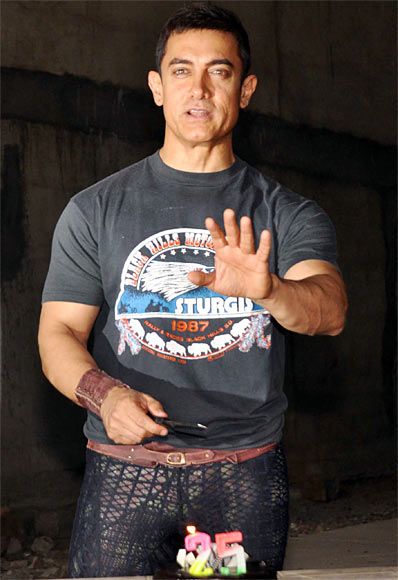 The actor says it's unfortunate that the film has got so many cuts. Rajul Hegde reports.

Bollywood actor Aamir Khan on Wednesday termed as unfortunate the controversy around Udta Punjab. On the trailer launch of Anil Kapoor’s 24, Aamir said, “I think whatever I’ve read is sad, it’s dry unfortunate that the film is going through so many problems. This film is a social one which is based on drug abuse. It has a good social message, so I don’t think it has something objectionable.”

Hoping that the film will ‘get justice’ from the Film Certification Appellate Tribunal. Aamir said, “This reflects badly on the CBFC. I think in two days they’re going to the Tribunal. So my best wishes to the team and I hope they get justice at the tribunal. And it’s important that filmmakers have a voice that is not throttled. Voice of the artist should be free.”

”I believe there are supposed to be changes in the Censor Board. A new committee is going to be formed and there won’t be any cuts, only certification as per age group, it’s a good thing. Cuts in films are strange. I haven’t seen the film but to hear these things are strange,” Aamir said.

Asking people to support Udta Punjab, Aamir said, “Not only Bollywood, any citizen who wants freedom of speech to prevail should come out (in support of Udta Punjab). The Tribunal is going to watch the film and I hope they give justice to the film.”