'My hunger for characters, stories, and work is becoming even more insatiable.'
'I'm obsessed with films, characters, and this whole world.' 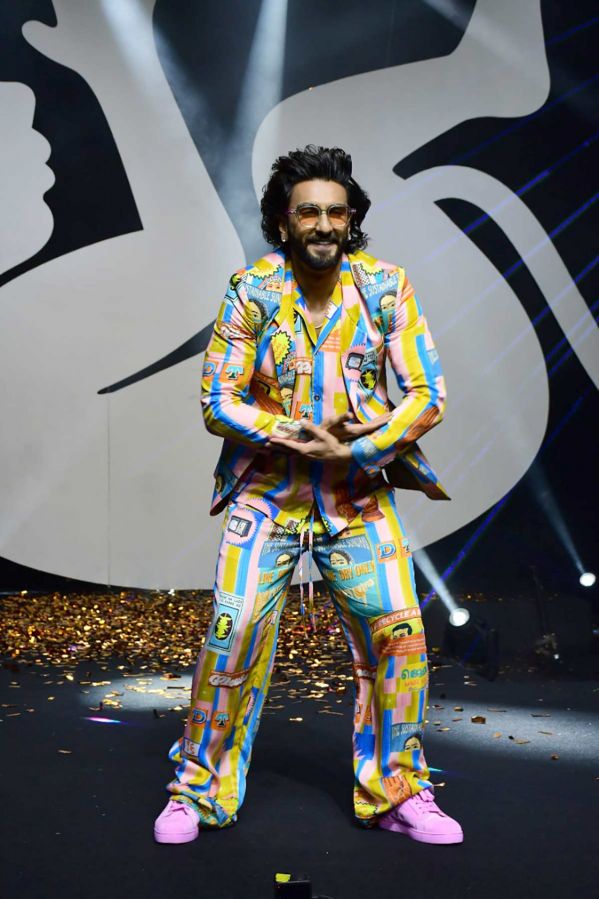 Ranveer Singh feels the treatment of his coming film Jayeshbhai Jordaar -- about a man on the run from his overbearing father to save his unborn girl child -- is similar to Charlie Chaplin's films where a pertinent social issue is highlighted in an entertaining way.

Directed by debutante film-maker Divyang Thakkar, the social comedy is produced by Yash Raj Films and Maneesh Sharma and revolves around Singh's Jayeshbhai, the son of a village head who is under pressure to produce a male heir.

Things come to a head when his family gets to know the gender of his unborn child and want to terminate the pregnancy, forcing the mild-mannered Jayeshbhai to finally step up.

"What I found amazing (in Chaplin's films) is that you can't stop laughing but it is talking about something tragic. This would happen in Charlie Chaplin's films.

"That is what resonated with me the most about this film. Charlie Chaplin had said once 'to truly laugh, you have to take your pain and play with it'. That is what I love about tragic humour, I find it the funniest because under the humour and entertainment, lies something that is all too real," the actor said at the Jayeshbhai Jordaar trailer launch. 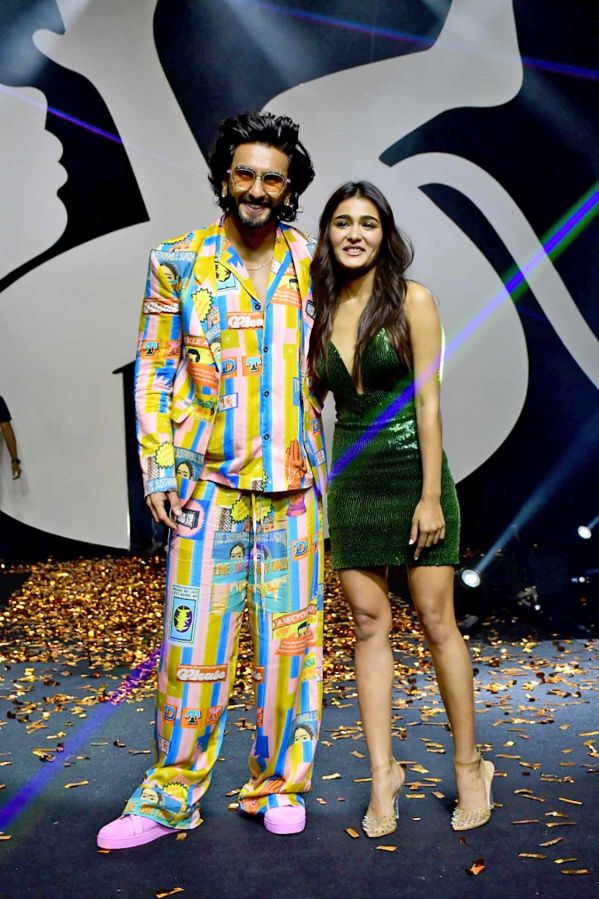 Ranveer said the aim of the film is to tackle a serious issues like female infanticide and domestic violence but the rendition is comedic.

"The things that Divyang is able to communicate with regards to these themes will hopefully reach and resonate with you through the laughter and entertainment. The film will give you something, a message. Our hope is that you make a film with a pertinent social issue and it resonates with you in entertaining manner," he said.

The 36-year-old actor said in real life he had heard about the grave issue of female infanticide during his school days and said it is unfortunate that it still happens in society.

"It was taught to us in school. It's very tragic and an unfortunate reality (that) these things happen and are still prevalent. That's why Divyang has attempted to draw light on and tell people in his own way," he said. 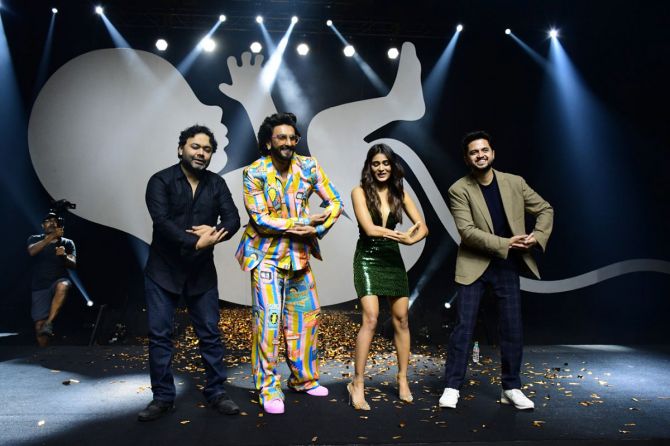 When asked what would he prefer to have as a child in real life, a boy or a girl, Ranveer, who is married to Deepika Padukone, repeated a dialogue from the film and said, 'It is not my choice, it depends on God.'

Divyang said his primary job is to entertain the audience through his stories.

"My first duty is to entertain. I am in sync with Ranveer's vision," he said.

"I want to entertain with inclusivity, like people across all age group should enjoy. The challenge was the issues that we have faced. Be it patriarchy or masculinity, we all are fighting at our own level, be it men or women. My primary job is to entertain but after you go home, if a seed is planted then..." 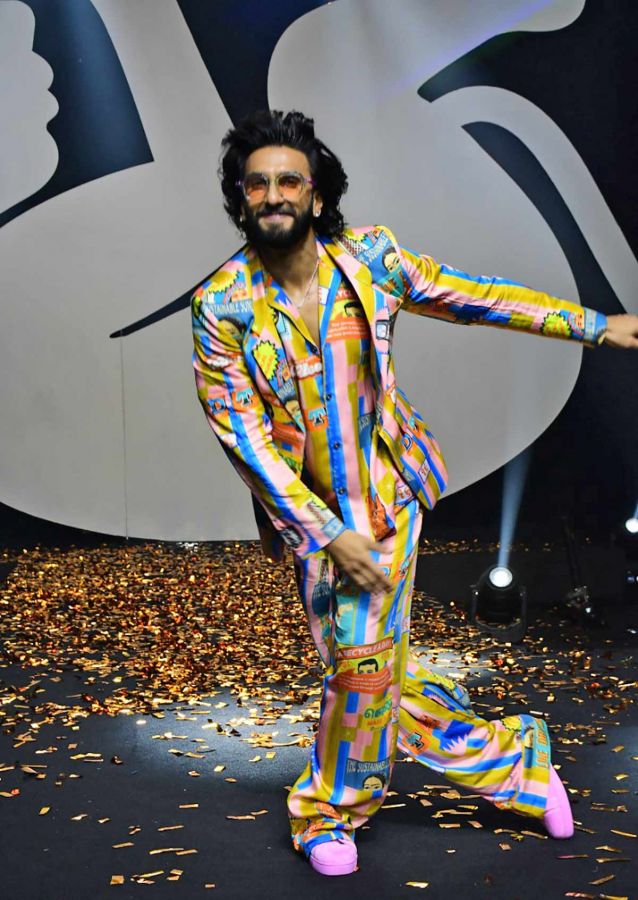 Crediting Sanjay Leela Bhansali for moulding him as an actor, Ranveer Singh said their collaborations like Goliyon Ki Raasleela Ram-Leela, Bajirao Mastani, Padmaavat, helped him realise that the 'craft of acting is limitless'.

So what keeps him going in his film journey? He said he has become even more obsessed with the craft over the years.

"I must mention Mr Bhansali, who has really moulded me as an artiste along the way. I have learnt that the craft of acting is limitless. There are no boundaries, you can make your own rules as you go. I just want to keep exploring.

"My hunger for characters, stories, and work is becoming even more insatiable. I'm obsessed with films, characters, and this whole world. As obsessed as I was 10 years ago, if it's possible, I'm even more obsessive about my craft now," the actor said. 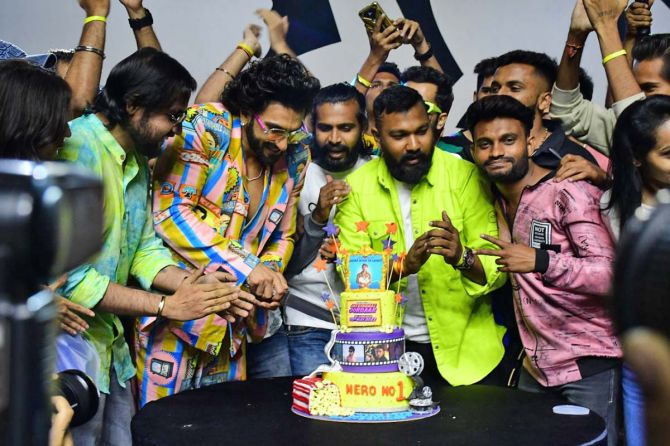 Ranveer says he wants the audience to be 'surprised' with every new film that he does.

"Even when I heard the character of Jayeshbhai Jordaar I felt I will play this kind of part for the first time in 10 years. Personally, I don't want to repeat myself. You will get to see a complete never-seen-before Ranveer in this film," he added.

Singh said he wants to be part of 'clean family entertainers'.

"I am going through a phase... where the pandemic has happened. I feel everyone in the family should go to theatres to watch a film and Jayeshbhai Jordaar is that kind of a film that will make you laugh, cry, give you a message and entertain you as well," he added. 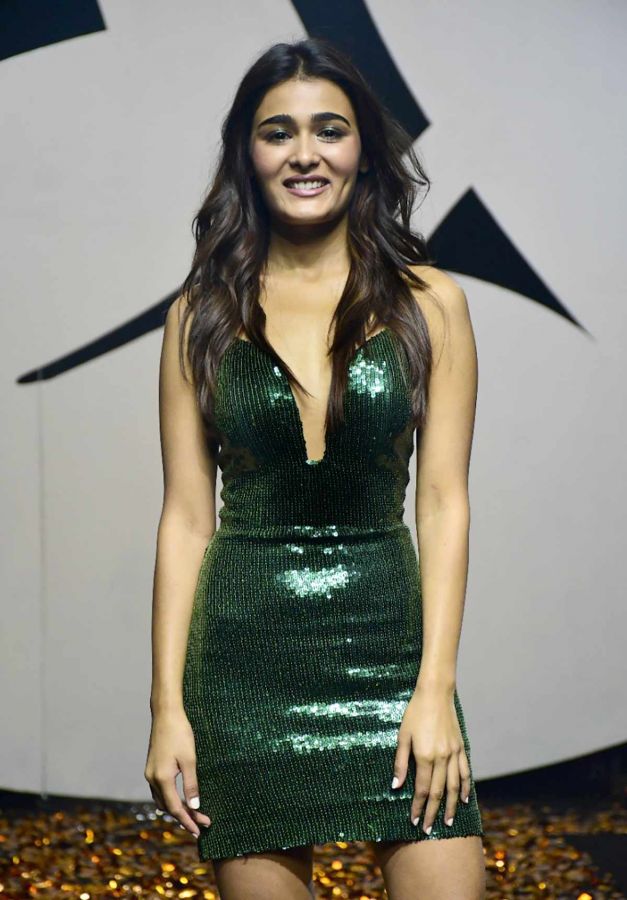 Pandey, who made her Hindi acting debut with the ZEE5 film Bamfaad in 2020, said working in a Yash Raj Films project has made her parents proud.

"My journey has been quite surreal. My father wanted me to complete my studies, so I finished my engineering. But I wanted to do something exciting and my father was just not agreeing (about joining films)...

"So I ran away from home. Right now, it sounds funny but it wasn't easy for me. Today, my parents are very proud of me, and that's because of Yash Raj Films. They think I am doing some credible work," the actor, who has also starred in Mahanati and Gorilla, added.

Jayeshbhai Jordaar releases on May 13.