50 years of Oscar glory: 10 things you didn't know about My Fair Lady

Some lessons are impossible to forget.

Particularly when rendered in the delightful form of Audrey Hepburn and Rex Harrison.

It’s been a good five decades but the world still chuckles at the memory of how 'the rain in Spain stays mainly in the plain.'

It all begins with a patronising bet.

'In six months I could pass her off as a duchess at an Embassy Ball,' claims Phonetics professor Henry Higgins to acquaintance Colonel Hugh Pickering where the bait is a common flower girl with a thick Cockney accent.

Her name is Eliza Doolittle and she’s a few arduous lessons and a stunning makeover away from turning into a lady without losing an ounce of her nerve or spirit.

'I cannot decide if I am happier when the characters are talking or when they are singing,' writes the late critic Roger Ebert in a retrospective piece echoing the exact sentiment of its enduring admirers.

Its influence is apparent in films like Pretty Woman, Educating Rita and She’s All That as well as Man Pasand or Yaarana back home.

Here are 10 things you should know concerning the melodious rom-com: 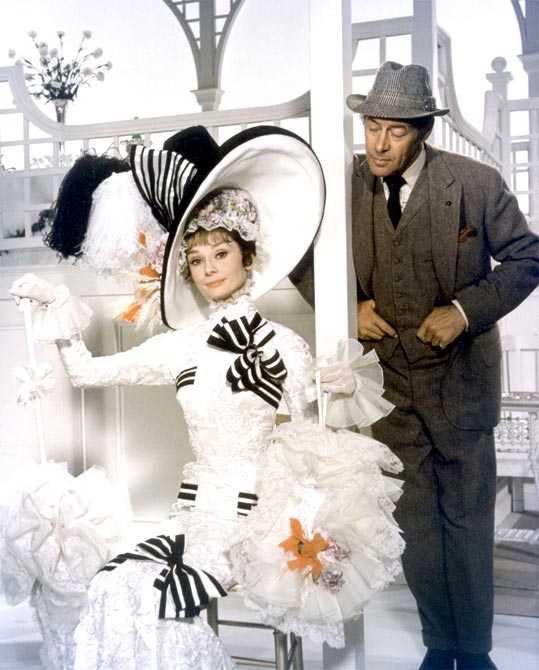 Image: Audrey Hepburn and Rex Harrison in My Fair Lady

A dreamy-eyed Audrey Hepburn crooning she 'could have danced all night' or wishing for all things 'loverly' are some of the highpoints of My Fair Lady.

Except Hepburn’s singing is largely dubbed by Marni Nixon (previously did the same for Deborah Kerr in The King and I and Natalie Wood in West Side Story) owing to its 'low mezzo' limitations.

Understandably, the Sabrina star, having worked hard with voice coach Sue Seton, wasn’t too pleased about this development made known to her at the last minute.

In a chat with CBC radio’s Elwood Glover, she explains, 'I don’t know which is which yet, where one stops and the other starts. I am not a singer but I worked very hard. I wanted to improve the little voice that I had to the point that whatever they use could help to make it a good transition.' 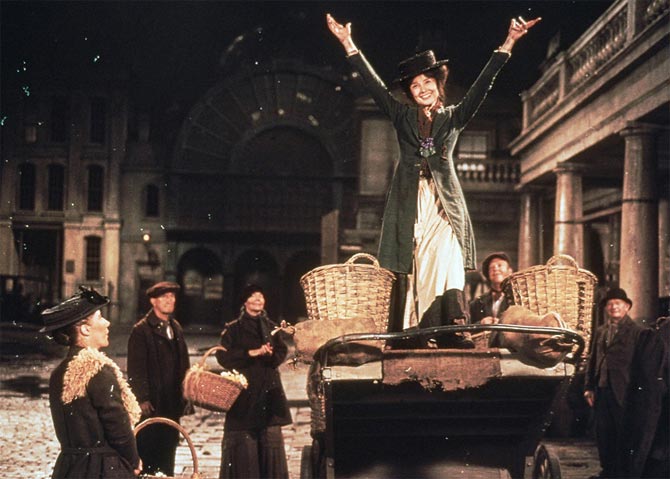 Any mention of My Fair Lady is incomplete without Julie Andrews who played Eliza Doolittle in the Broadway hit. But unlike colleagues Rex Harrison and Stanley Holloway, she wasn’t retained for its celluloid adaptation.

She won the Oscar for Mary Poppins the same year while Hepburn, in what was regarded as a major snub, wasn’t even nominated.

Yet the media had a field day cooking spicy stories about such poetic justice.

In her book, Home: A Memoir of my Early Years, Andrews clears the air, 'I completely understood their choice. Warner Bros needed a big name for the marquee, and although I had starred on Broadway, that was a very small pond compared to the rest of America and the world.'

'Audrey and I became good friends, and one day she said to me, 'Julie you should have done the role... but I didn’t have the guts to turn it down',' she continues. 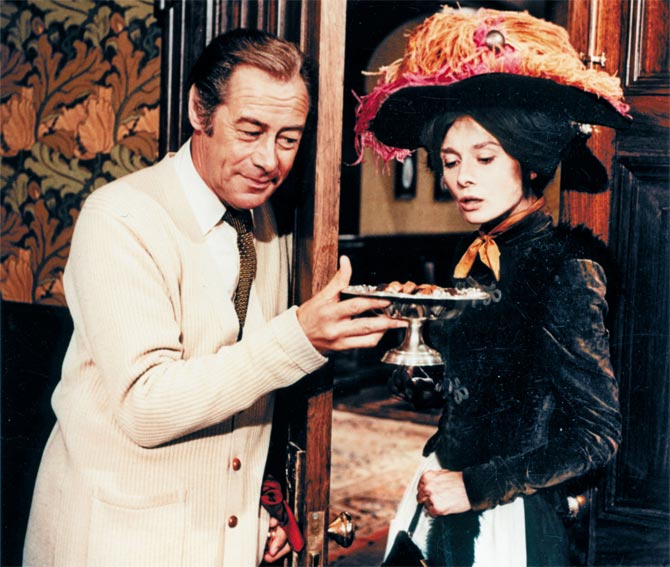 Whether he’s talking phonetics like a nerd, pinching Eliza’s ego with his scathing criticism or sulking like a neglected puppy, Rex Harrison relates the many contradictions of the impossible Professor Higgins with edge and empathy.

It’s a character he’s frequently essayed on stage but wears no sign of exhaustion.

Before finalising Harrison, Cary Grant and Peter O’ Toole were approached to play the misogynist taskmaster.

Story goes Grant not only declined the offer but also scoffed at the prospect of anyone other than Harrison (who had immortalised the character on Broadway) playing Higgins.

O’ Toole, on the other hand, would prove too expensive.

And that’s how Harrison got the part, which landed him his first and only Oscar, one he dedicated to his 'two fair ladies' -- Audrey Hepburn and Julie Andrews. 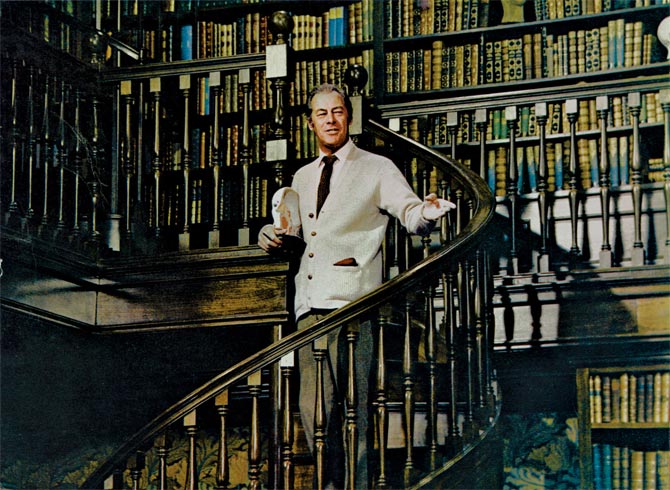 Credited for its lavish costumes, scenery and production design, fetching him two Oscars, Cecile Beaton’s off-screen quarrel with Cukor, owing to creative differences, is as famous as his onscreen accomplishments.

The duo argued over everything from Hepburn’s hat to the colour of the building.

While Beaton isn’t one to mince words about Hollywood’s vulgar aesthetics, Cukor too acknowledged the same in an interview, 'I don’t like Beaton. He was the only sour note in the whole picture. He’s enormously clever. He knows everything there is to know about Edwardian costumes but I dislike him. I think he’s publicity seeking and ungenerous... and terribly pretentious.' 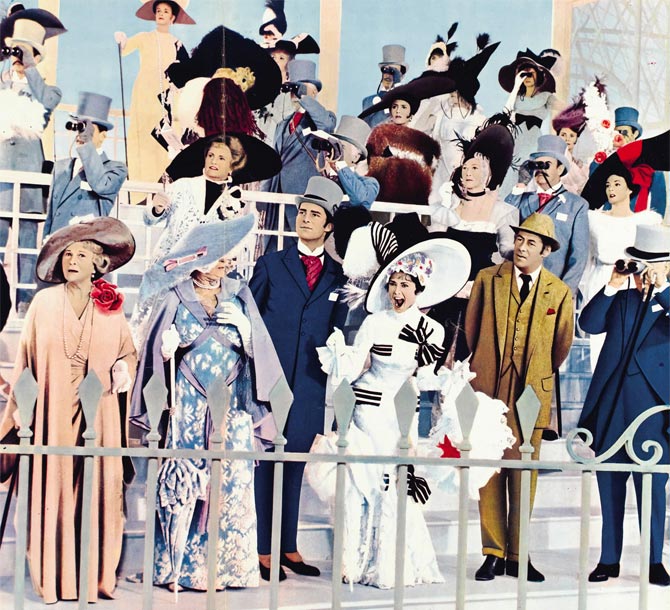 Not only did Audrey Hepburn receive top billing but she also got a whopping $1 million fee for her work as Eliza Doolittle. She is the second actress to hit the sweet million spot since Elizabeth Taylor in Cleopatra. 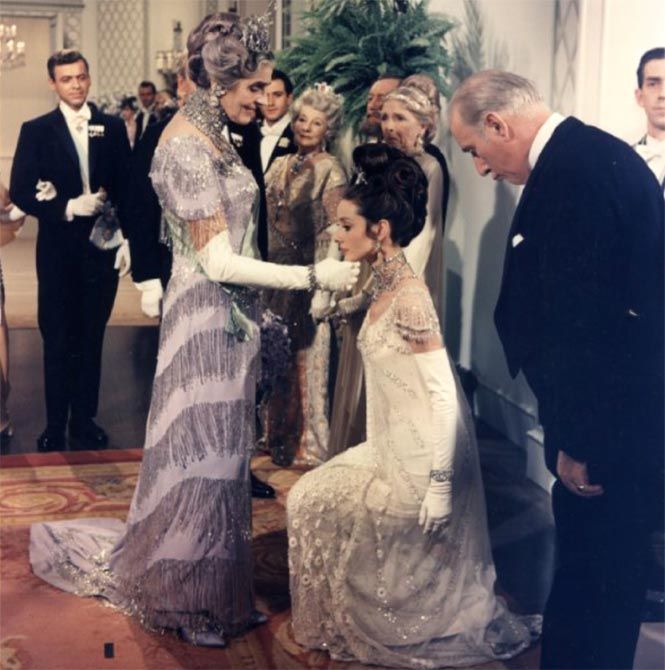 The breathtaking black and white Ascot gown worn by Hepburn in the famous ‘Come on Dover, move your bloomin’ arse’ scene fetched an astronomical sum of $4.5m at Debbie Reynolds’ costumes and memorabilia auction in 2011. 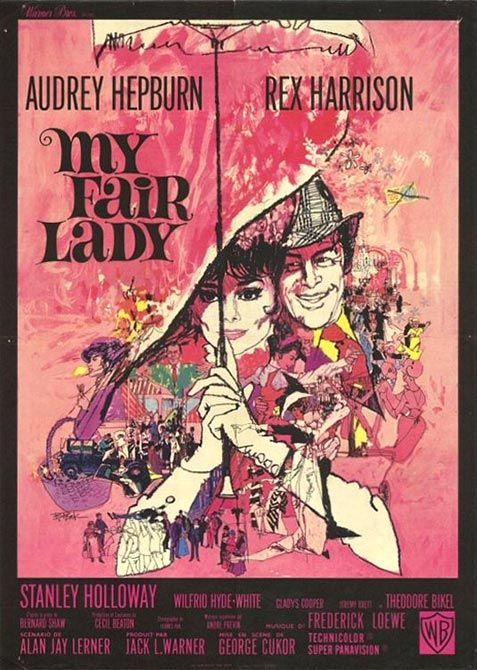 Hailed as the ‘father of the modern movie poster,’ illustrator Bob Peak displayed his ingenuity in West Side Story followed by the montage artwork in My Fair Lady’s iconic original poster, arguably his most memorable creation.

Peak’s other poster designs include Camelot, Apocalypse Now and Superman. 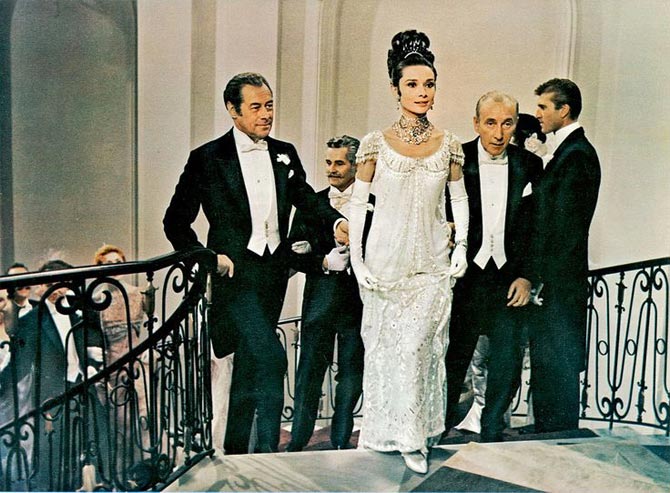 As opposed to its original source, Shaw’s Pygmalion, My Fair Lady -- both versions -- stage and screen -- opt for a happy ending closer to the 1938 British adaptation starring Leslie Howard and Wendy Hiller.

The playwright strictly opposed the idea of a romantic union that undermines Eliza’s newfound independence yet the producers preferred to end the Higgins-Doolittle equation on a cheerful (even if devoid of any intimacy) note. 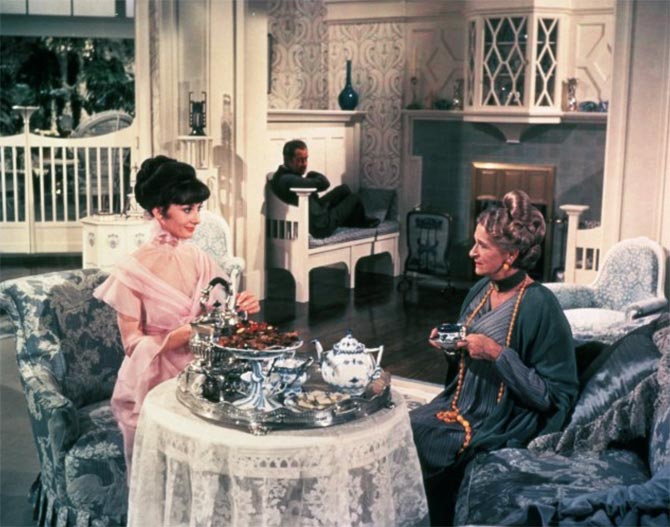 Although My Fair Lady is set in London, it’s entirely shot on set at Warner Bros sound stages in Burbank, California.

Right from hiring horses for racecourse replicas to constructing cobbled stone paths, a great deal of money went into making one of the most expensive musicals of its time. 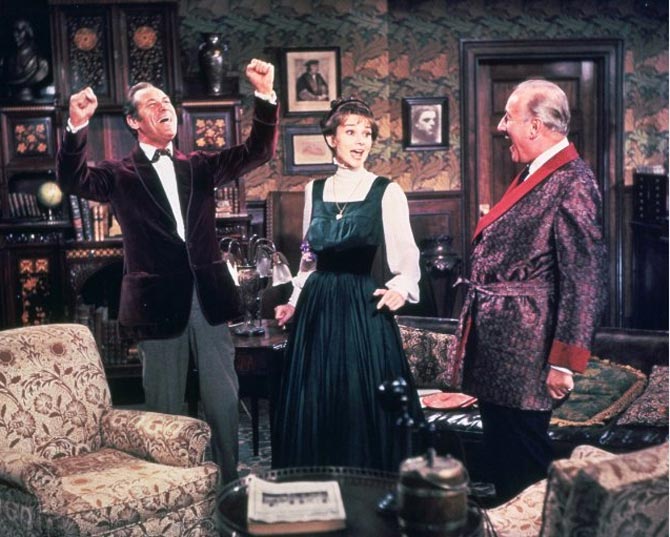 In the tradition of Sabrina (29, Humphrey Bogart), Funny Face (29, Fred Astaire), Love in the Afternoon ( 27, Gary Cooper), Charade (25, Cary Grant) and (though it’s pretty hard to tell) Roman Holiday (17, Gregory Peck), the age difference between Hepburn and her leading man continues to be a wide one.

In case of My Fair Lady, Rex Harrison is 21 years senior to his 35-year-old co-star. 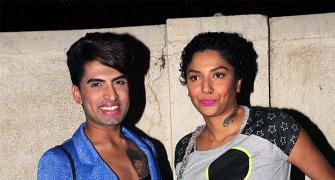 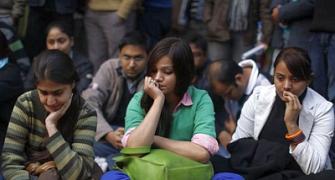 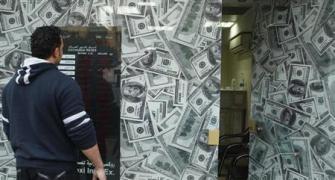 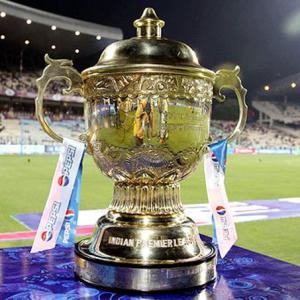 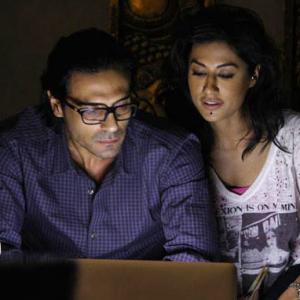