'We got DDLJ on Asha Bhosle's recommendation' 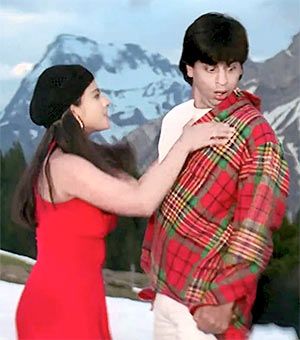 Jatin-Lalit’s music in Dilwale Dulhaniya Le Jayenge plays an important role in making the movie as popular as it has become.

Lalit Pandit shares some little known facts about the making of this memorable music with Subhash K Jha.

Your songs in DDLJ are fresh and hummed by a generation that wasn’t even born when the film was first released in 1995.

It’s I and my brother Jatin’s good fortune to be part of this milestone of a movie.

Imagine, 1000 weeks! Nowadays, no film even celebrates a silver jubilee. We used to see plenty of those during the days when our sister Sulakshna Pandit was a leading lady.

How did you bag such a prestigious project?

No one knows this, but Asha Didi (Bhosle) was instrumental in getting us this assignment.

My brother and I had gone to meet her when R D Burman passed away. She asked if we had worked with Yashji (Chopra). We said we had met him and were keen to work with him. She dialled and spoke to Yashji then and there.

Yes, we had to get her for that song. Yashji wanted Lata Mangeshkar for all the female vocals and we were very happy with that.

But considering Ashaji’s role in getting us this project, we wouldn’t have been able to show her our face if she hadn’t sung at least one song in DDLJ.

This was the last song to be recorded and it was to be sung by Lataji. We had to be very clever with Yashji to convince him that Ashaji could do justice to Zara Sa Jhoom Loon Main.

Did you feel guilty when she came for the recording?

When she arrived she walked up to us and said, ‘Kyun? Sab gaane kar liye?’

We didn’t know where to look.

Adi (the film’s director Aditya Chopra) wanted a song like Bachna Ae Haseenon, but the way Shammi Kapoor would do it. Our song had the same flavour as Bachna.

Would you agree that the music of DDLJ played a big part in its success?

Undoubtedly, DDLJ was the highest point of our life.

All the radio stations tell us that the melody and the sound-quality of the music make it a favourite for airplay. You got to work extensively with Lata Mangeshkar in this film.

When we had just started out, we were doing the music of Venus’ Khiladi. Like every aspiring composer, we were keen that she sing a song for us.

We approached her to sing the duet Vada Raha Sanam through Venus but she declined. We were very hurt. My whole film is musical and I am crazy about Lataji.

Yashji always insisted Lataji sing all the songs in his films. When we got to know that she would be doing all the singing in DDLJ, we were over the moon. We decided there and then that we’d create music that would do justice to Lataji.

How was your rapport with her during the making of the DDLJ?

Lataji was really happy with the quality of songs, and started contributing with suggestions about how she would sing.

We used to wait with bated breath for her to arrive for the recordings. She’d come looking like a doll and regale us with her anecdotes. When you become her friend you get to experience her deadly sense of humour.

In the last decade, no other composers have worked so much with her.

In DDLJ, she was 65 years old and she sang for Kajol.

Yes, in Mere Khwabon Mein Jo Aaye, just hear how she moulded her voice...she’s magical! I’d say it’s her voice that made the song larger than life.

The reference point that Adi gave us for the song was Lataji’s Bhai Batoor from Padosan. If you remember, Saira Banu throws a pillow, stands on a sofa and dances. Kajol does all of that in DDLJ.

It is said that Ghar Aaja Pardesi Tera Des Bulaye Re is a song that makes every NRI (non-resident Indian) weep.

Adi was very clear that his mom would sing this song for sentimental reasons. The song had to be designed keeping her image in mind. Mrs Pamela Chopra really helped us with that song.

Prior to this, we had never composed a single song with a Punjabi flavour. Pamji is from Punjab. She not only introduced us to the right tunes but also the appropriate musical instruments. That gave us an impetus.

Anand Bakshisaab was told to create a song like Chitthi Aayee Hai (from Naam), which would make every Indian who was away from home feel homesick. He wrote so simply and yet so perfectly. It’s so difficult to be simple.

And Mehndi Lagake Rakhna is a staple at all sangeets and weddings.

This is the song that got us DDLJ. I sang it out loud to Yashji when I met him. My words then were: Mehndi lagake chalna, paayal bajake chalna, par ashiqon se apna daaman bachake chalna.

The tune stuck in Adi’s mind and he asked for it in DDLJ. By then we had given it to Feroze Nadiadwala but it wasn’t used. So we gave it to Adi. Feroze never worked with us after that (laughs).

Initially, they wanted a brisk bhangra tune. But Mehndi Lagake Rakhna is not a bhangra song or fast paced. 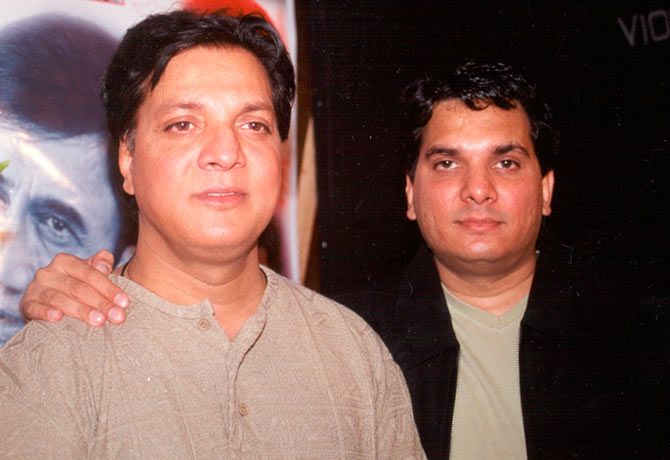 Ours too (laughs). It is two different songs fused together. The idea of two different tunes coming together came from Adi. Hats off to that man for the way he thinks.

We wondered how we would record two such contrasting sections as one song. In those days there was no digital programming; it was all done live.

We had to record the longest rhythm section of our careers. The musicians had to rehearse from 9.30 in the morning to 11 pm!

I think the sound-quality is exceptional. When we were recording the song, the musicians got no cue from Lataji, and Lataji also had to sing without any cues from the musicians. I gestured to her with my hand when she was singing to give her the cues.

The biggest hit of the film was Tujhe Dekha Toh Yeh Jaana Sanam.

Oh, without a doubt. The opening line of the song was Adi’s. He used to sing these words Tujhe dekha tohyeh jaana sanam. We took the start from him and then went on to compose our own song.

How did you react to the story when you heard the script?

When Adi narrated the screenplay to us we couldn’t believe what we had heard. The whole film came alive for us. I think Adi was working on the subject since the time he was in college. He showed us every frame of the film in his narration.

Our lyricist, the great Anand Bakshi, made a prophetic statement after the narration. He said, ‘Even if the boy puts on screen half of what he has narrated, the film will never be out of the theatres.’

The kind of poetry that Bakshisaab wrote for our songs took them to another level.

You composed a title song and then dropped it. Why?

Adi felt -- and we all agreed -- that no matter how good our title song, it will be compared with Ravindra Jain’s Le Jayenge Le Jayenge Dilwale Dulhaniya Le Jayenge in the film Chor Machaye Shor.

There was a situation for the title song in DDLJ -- during the the antakshari. We came up with what we thought was a terrific tune. But we finally decided to drop it. The tune was used by us in Jab Pyar Kissise Hota Hai.

You’ve worked repeatedly with Aditya Chopra. What is he like?

No one can equal his passion and dedication. After DDLJ, we worked with him in Mohabbatein. He knows exactly what he wants and how to get it out of us. He doesn’t visit any of his actors or technicians. But he comes to my music room.

If Aditya Chopra asked you, would you reunite with your brother Jatin to compose for a film?

For Adi, we would do anything.