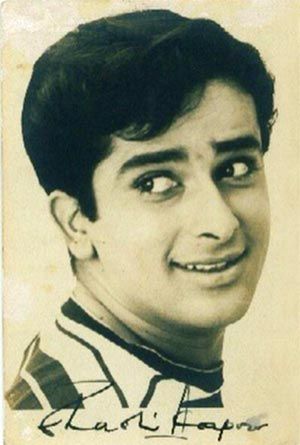 He was Bollywood's beloved star, the Kapoor who could charm the birds off the trees.

He starred in both commercial and art cinema. He went international before most actors in India even considered looking Westwards.

The demise of the talented Shashi Kapoor marks the end of an era in Bollywood.

A couple of years ago, when his eldest son, Kunal, spoke to Patcy N/Rediff.com about his father, he told her, 'In the late 1960s, my father did not have any work. He sold his sports car. Mum also started selling things because we didn't have money.'

In this interview, Kunal Kapoor reveals what Shashi Kapoor was really like.

Shashi Kapoor has been recently honoured with the Dadasaheb Phalke Award, but his eldest son Kunal Kapoor feels his father should have been honoured much earlier.

There is so much about Shashi Kapoor, who turned 77 on March 18, that we don't know. Kunal gives us the insight only a child can.

I did not know how popular my father was because we were not brought up as part of the industry.

We knew he was an actor. Everybody in my mother (the legendary Jennifer Kendal)'s and my father's family were actors.

We were aware that going to public places with him in Mumbai was a problem.

Dad never worked on Sundays. He spent the whole day with the family. We would have all three meals together. He never invited his friends over on Sunday.

We would sit for breakfast at 7.30 am. No matter what time he came in the previous night, he would be at the breakfast table at 7.30.

Our father was an integral part of our life. He was not strict.

'My parents were in Singapore and Malaysia for a show, but the shows were cancelled and they were broke. They wanted to get married, so Raj Uncle gave them money for their tickets and they came to Mumbai and got married'

I am hands on with my kids; I have washed my son's bottom. I have changed his nappies... that is the kind of relationship I had with my father.

My father didn't have such a relationship with his father.

My father would try and schedule his outdoor shootings to coincide with our school holidays so that we would be together. But we were not taken on the sets of the film.

Nowadays, we shoot early in the morning, but in those days, the shooting would start at 9:30 am or 10 am and end by 4 pm, so there was plenty of time to be together.

For five or six years we went to Kashmir every summer during the shooting, but we would do our own thing with our mother.

At home in Mumbai, we would go swimming; you could say we grew up in the Breach Candy club pool (a well-known club in South Mumbai).

We would also go to Juhu beach and spend the whole day there.

'My father joined films after I was born' 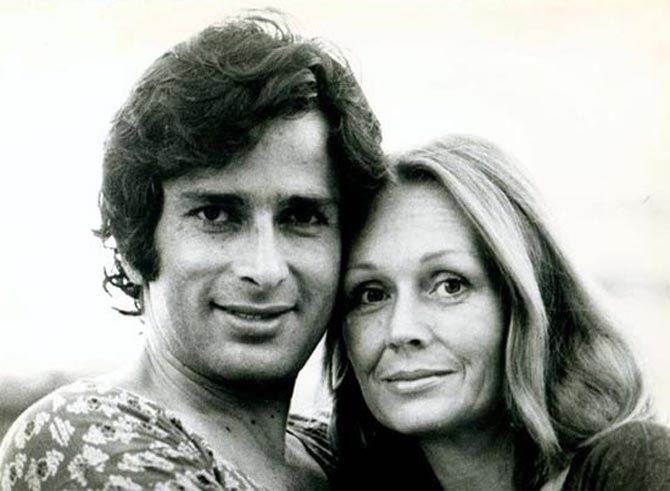 It is not true that my maternal grandfather (Geoffrey Kendal) did not want my parents to marry.

My grandfather was concerned about losing his leading lady. My mother played all the lead roles in the Shakespeareana theatre company run by my grandfather.

It would be hard to find better grandparents than my mother's parents. They were the most amazing people.

Before my parents got married, they both worked with Shakespeareana.

They were in Singapore and Malaysia for a show, but the shows were cancelled and they were broke.

They wanted to get married so Raj (Kapoor) Uncle gave them money for their tickets and they came to Mumbai and got married (in 1958).

My maternal grandfather loved India. He spent half his life in India. You should read Shakespearewala, the book he wrote. You will know how my grandparents travelled the whole of India with their plays.

My grandfather came to India during the war with the army. He fell in love with India and then he came back to India in the 1950s.

My parents were in love with each other; they took care of each other.

Our mother's death caused us and our father a lot of grief; we had our own way of dealing with it.

'My father had no tantrums, no starry airs, he never misbehaved on the sets'

Dad put on weight at the same age as Raj Uncle and Shammi Uncle did.

My grandfather Prithviraj Kapoor liked acting and he got into the business. So did Raj Uncle, Shammi Uncle and my dad. They did not want to be stars; they just wanted to be actors.

Later, Raj Uncle got interested in making films and turned director. They were not like today's generation where everyone wants to be a star. They were in love with their profession.

'My father directed only one film, Ajooba. The film was a big party on the sets. Everybody had a blast. I don't think he was interested in direction. He is an actor'

The industry changed and the quality of films made in the late 1970s started deteriorating.

My father was very professional and easy to work with. He had no tantrums, no starry airs, he never misbehaved on the sets, he was punctual and everybody liked working with him.

'There have been many ups and downs, but it never bothered us' 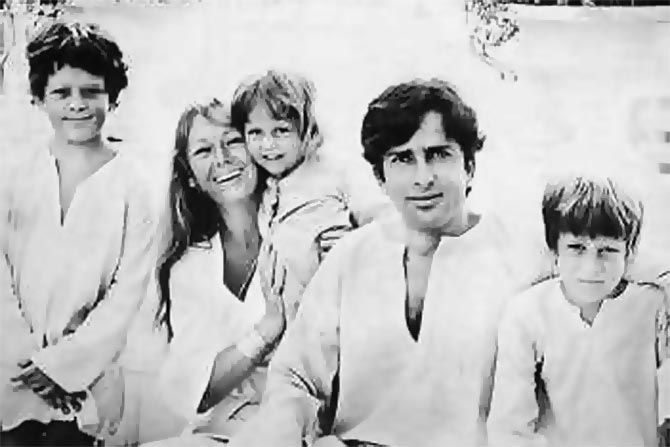 When my father was launched as a lead actor in Dharamputra, none of the actresses wanted to work with a newcomer.

Nanda was the only actress who agreed to work with him even though she was a star at that time.

My father directed only one film, Ajooba. The film was a big party on the sets. Everybody had a blast.

I don't think he was interested in direction. He is an actor.

Likewise, he is not a businessman to produce a film. He made great films because he gave his cast and crew whatever they wanted.

That was also the time we discovered Goa. He sold his sports car. Mum also started selling things because we didn't have money.

There have been many ups and downs, but it never bothered us.

'When a man is at the end of his life and you give him an award, it doesn't mean much'

My father was one of the earliest actors to do crossover films, with Merchant-Ivory (the successful producer-director team of Ismail Merchant and James Ivory).

He did films like Householder and Shakespeare Wallah that are considered classics today. 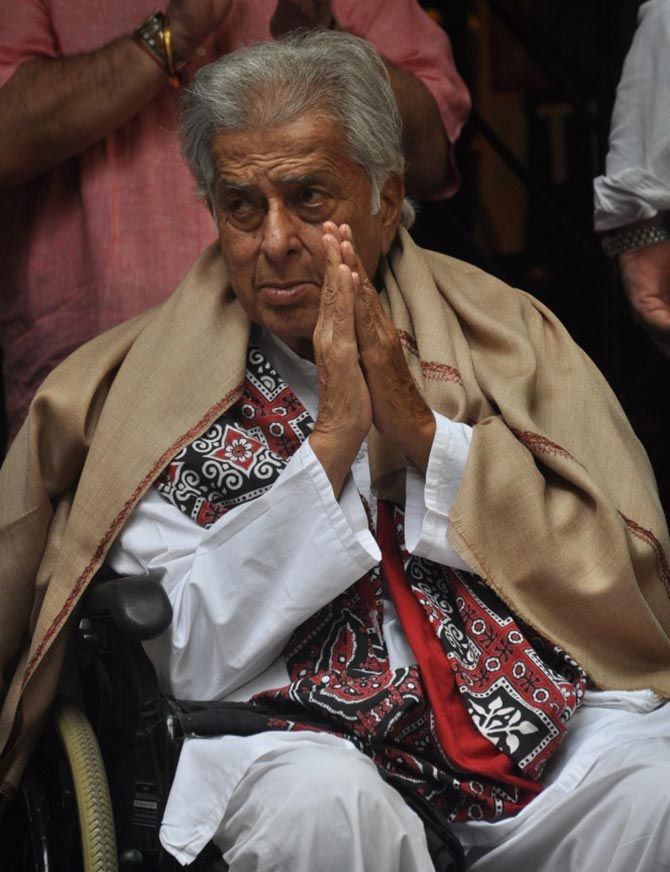 My father has not been well for some time now. He has a lot of complications. He has dialysis three times a week. He is not well enough to go to Delhi for the Dadasaheb Phalke award ceremony.

My father had a good family, a good life, he made good films, and he doesn't care about anything now. I think they could have given him this award earlier.

If you give it at an earlier age, it means something. When a man is at the end of his life and you give him an award, it doesn't mean much.

But then, again, he never cared about awards. 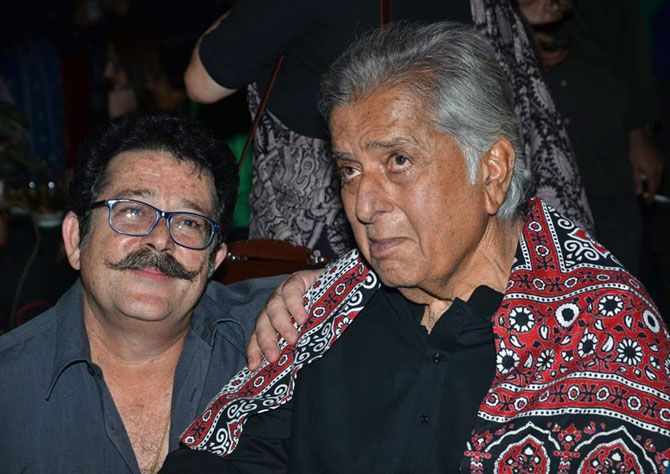 I studied at the Bombay International School. I was never treated differently at school because my father was an actor.

I did not go to college after school. I went to England and joined drama school because I thought I wanted to be an actor.

I slowly realised that I was more interested in filmmaking and the technical process of filmmaking excited me more than acting. I gave up acting and started doing ad films.

I am lucky that I got the opportunity to make exotic ads. I never made soap and toothpaste ads. I shot outdoors or on big sets, they are like mini feature films.

I have done 1,000 of them for Bombay Dyeing, Siyaram, MRF, Bush, Mahindra's Bolero, Scorpio and Chevrolet cars, to name a few.

I didn't want to make films in the late '80s and early '90s because that was the worst time for Hindi cinema.

But now I think of making films because in the last eight years, films have changed and there is room for every kind of film -- like Mary Kom or Detective Bymokesh Bakshy!

'Sanjana should have started Junoon 10 years ago' 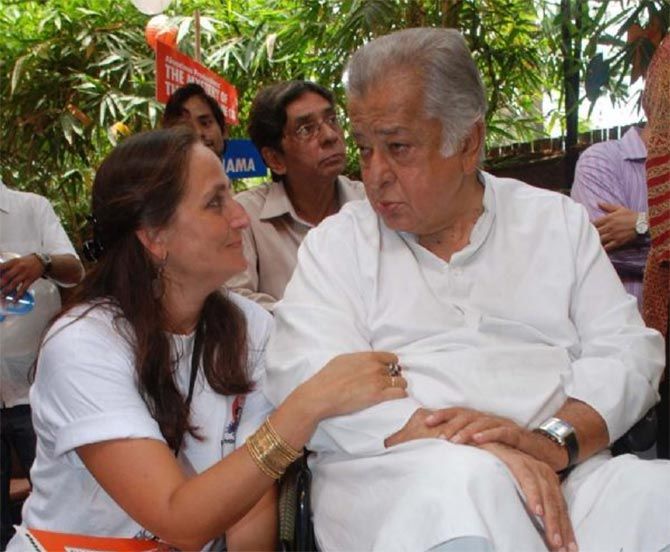 My father bought the land and built Prithvi Theatre for plays (in Juhu, north-western Mumbai; it started in 1978). He did it in memory of his father Prithviraj Kapoor.

My father was also producing Junoon and doing six shifts a day, so my mother looked after the theatre completely.

After my mother passed away, I took over. By the 1990s I was getting very busy and slowly I gave my sister Sanjana charge of the theatre. She married (the celebrated crusader for the Tiger Valmik Thapar) and moved to Delhi 10 years ago. I moved from south Mumbai to Juhu.

Sanjana should have started her own thing as all of us in our family have their own identity.

Raj Kapoor had RK Studio and he made films. Shammi Kapoor and Dad were into acting.

Rishi Kapoor Ranbir, Bebo (Kareena Kapoor) are all doing their own thing. I made ad films and my brother (Karan) is into photography.

Sanjana should have started her organisation, Junoon, 10 years ago. Now she is taking art into the community and working with children.

My son Zahan is assisting filmmakers; he is interested in acting and direction.

My daughter Shaira (Zahan and Shaira's mother Sheena Sippy is a well-known photographer whose father is the man who directed Sholay, Ramesh Sippy) is interested in production design. She has been working with Sonal Sawant (Lakshya). She also worked on Bombay Velvet. 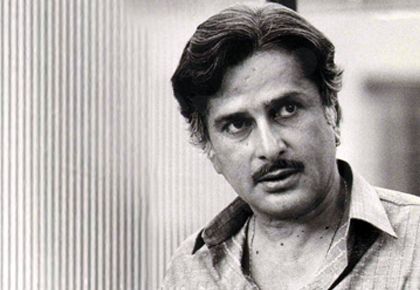