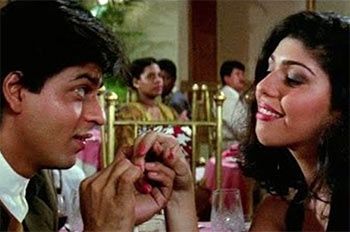 'My character was earlier called Dolly but it was such a tacky name. I asked Karan to change it to Sheena, which sounded cool,' Anaita Shroff Adajania tells Sonil Dedhia/ Rediff.com

Stylist Anaita Shroff Adajania has been appreciated for her work in films like Dhoom, Ra.One, Bang Bang, and her director husband Homi Adajania's movies like Being Cyrus and Finding Fanny.

She played a bit role as one of Kajol's friends in DDLJ.

She tells Sonil Dedhia/ Rediff.com the condition she set for director Aditya Chopra to be a part of the film.

I never wanted to become an actress but today, I feel really proud of being a part of DDLJ.

This film will never go outdated. Even my grandchildren will like to see it (laughs).

Karan (Johar), who was a classmate in college, bullied me into it.

The casting team was looking for a girl to play Kajol’s friend, but they could not find anyone.

One day Karan phoned me and told me that he was working with Adi (Aditya Chopra) on a big film, starring Shah Rukh Khan and Kajol. He asked me to play Kajol’s friend and I refused.

Then Karan took me on the sets. I met Shah Rukh for the first time. I felt I had met the most divine human being in my life! So I said yes. (Laughs)

My character was earlier called Dolly but it was such a tacky name. I asked Karan to change it to Sheena, which sounded cool.

I'll tell you another interesting story. I put a condition to Adi and Karan that I would do the film only if they let my best friend Pallavi travel with me. So Kajol's second friend is actually my best friend.

It was such a memorable experience because I got to travel for a month with my friend, and had the most amazing experience in my life. It was marvelous to shoot in Switzerland.

Also, there are so many scenes where I am in the background as an extra, and no one has recognised me! 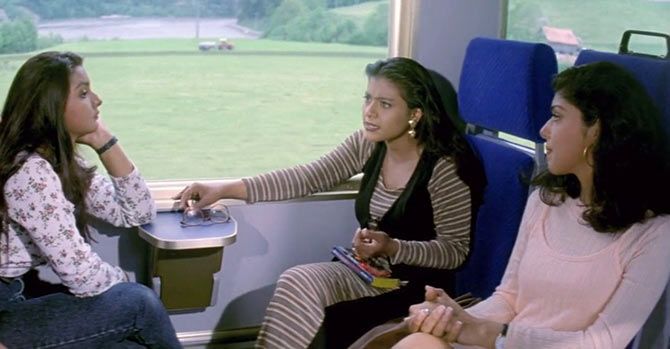 Although Adi was making his directorial debut, I saw such maturity in him. He was present for every shot and rehearsal. He would get the camera angles right but never ever interfered in anyone’s work.

On the sets, we were treated like kids. Pam aunty (Pamela Chopra) took care of us. While shooting in Switzerland, she stocked the refrigerator with food and so many chocolates.

Yash uncle (Yash Chopra) was very cordial. He was so humble and would never get angry.

The film will never get outdated. The simple story of a boy in love with a girl was told so beautifully. Even today, people can relate their stories to DDLJ.