'I own the horror genre'

'People ask me why I'm not doing much work, where have I vanished...'

Bipasha Basu gets ready to haunt you all over again. 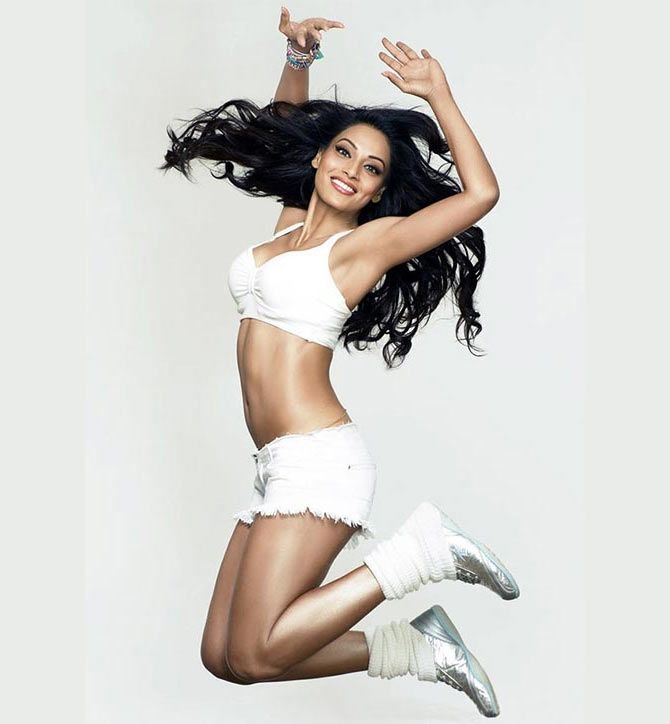 Bollywood's Original Scream Queen will now scare you on television.

The episodes will be directed by directors like Soumik Sen, Suparn Verma, Sangeeth Sivan, among others.

Darr Sabko Lagta Hai premieres on October 31 and will be aired on weekends on &TV.

What brings you to television?

I've received TV offers for the last five years but could not pinpoint on what I wanted to do.

Every actor has either been a host or a judge. It was very important for me that I don't do something regular.

My team and I had worked on some ideas on fitness, but that would have been a niche show. When these people came to me with this idea, I couldn't say no.

The show is a collection of contemporary short films made by different directors. It will be better, not tacky in terms of content and production values.

Everything about this show is new age.

Horror shows has a very big TV audience, and if you serve horror in a modern packing, it's a perfect fit.

Yes. Nobody has ever got this title in Hindi films.

I kind of own this genre at this point of time.

People are struggling to make it in films. Here, at any stage of my life, I will be known by this tag.

You get a tag when you do something good. Emraan Hashmi got the serial kisser tag because he was doing well in that department. 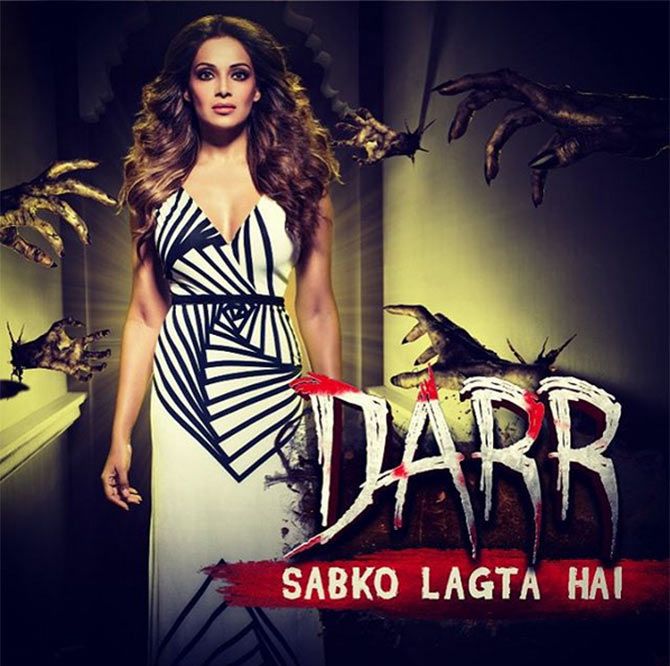 The show is called Darr Sabko Lagta Hai. Have you come across anyone who is completely fearless?

My mother is fearless. I think the ghost will also surrender to her (chuckles).

What are your fears?

Everything on the show scares the daylights out of me! I get startled by people approaching me from the back, sudden loud noises, darkness, heights, reptiles...the list is endless.

Are you in love?

I am always in love. My brand is called love yourself. I love myself the most, in a good way. I accept my needs, the fact that I am living.

People ask me why I'm not doing much work, where have I vanished...

But it's my life. And I am enjoying it.

I am a very passionate person. I cannot have only one thing in life. It has to be a blend of everything.

I believe in the institution of marriage because my parents are the most beautiful couple even today. But then I also see so many marriages around me crumbling. They are not so inspirational and scare you.

You are doing Rohan Sippy's TV show, The Client, as well.

It will be shot over three seasons, and directed by many directors like Rohan Sippy, Reema Kagti etc. We have started shooting for it.

Are you doing any films?

Yes. All I can say is that it will be made this year and release next year.

And it's not a horror film.

You are one of the sexiest women today. Do you get intimidated by age?

I know many elderly ladies, who are extremely sexy, including my mother. I call her a 'hot potato'! I don't think age matters.

Women are like wine; they get better with time.

Also, we get to know what we are all about. Women understand themselves, become smarter and know how to control everything. When you are young, you are a little stupid. But that also has its own charm.

Brad Pitt is an atom bomb! I will stick to him very loyally. He is getting older and hotter.

What plans for Durga Puja?

I am very sad because my family is in Kolkata. I'm working here, and they have all gone.

So this year also, my mother will do proxy puja for me. We have a WhatsApp group, and all the pictures are posted there. They are making me jealous!